Case of the Mondays Topped Off with Good Eats

By Heather Iacobacci-Miller January 11, 2010
Last night Jason tackled dinner. He had found and purchased some vegan shrimp at Whole Foods a few weeks ago. I had no idea what to do with them and had been asking meat-eating friends what they did with shrimp. I was hearing pasta suggestions, grilling suggestion, even salad suggestions. We had a heavy, unhealthy lunch of pizza, so a light, brothy soup was sounding pretty good. He found a recipe on the side of the box of Thai Kitchen thin rice noodles (another item he picked up randomly) that he used as a basis for a miso, shiitake mushroom, bok choy, and "shrimp" soup. It was topped with fresh cilantro, green onions, and squirt of lime. 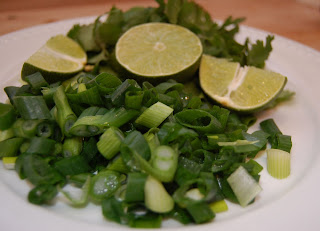 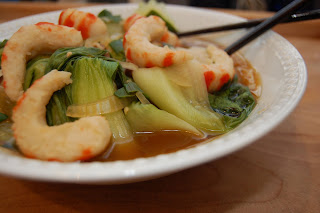 Admittedly, he forgot to taste for the spices until the end. Nothing that a little bit of Sriracha Chili Sauce couldn't fix! It's definitely something we'll likely try again ("shrimp" or not).

Today felt like a real Monday if you know what I mean. Almost impossible to peel myself out of bed. No real motivation to hit the weights and/or spin class. I did end up running on the treadmill for 30 minutes and knocking out the weights though. I felt much better after I got started. Weights today were Day 1 of Week 2 of the Total Body Training rotation I started. Basically this week uses the exact same set up as last week, but this time you super set 2 exercises, and you increase weights 1.25-2%. Today was 3 sets of 5 reps:

Jason had to work a little bit late, so dinner was back in my court tonight. I opted for Quinoa Polenta Topped with Garlic Roasted Tomatoes and Portobellos with sauteed string beans, red onions, red bell peppers, and chickpeas as a side.

Olive oil (for the tomatoes and for sauteing mushrooms) 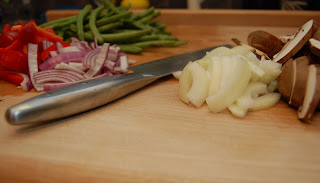 Place tomatoes, garlic, oil, spices on baking sheet and mix together. Bake at 350 until tomatoes are soft and tender, approximately 35 minutes. 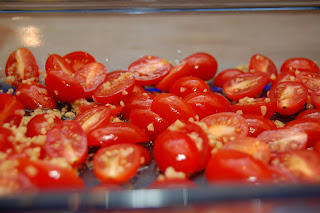 Slice polenta into 1/4 inch rounds, place on non-stick cookie sheet or slipat sheet. Bake in oven with the tomatoes for approximately 35 minutes or until crispy, flipping halfway. 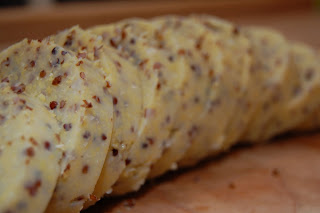 Meanwhile, in skillet, heat small amount of oil and saute onions until they begin to soften, then add in the mushrooms and continue to cook until soft (approximately 10 minutes). Add salt, pepper basil, parsley, and oregano. Cook another 3-5 minutes. Turn off heat and stir in the roasted tomatoes and garlic.

To serve, spoon tomato and mushroom sauce over the polenta. 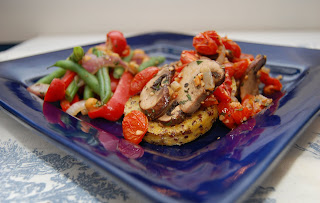 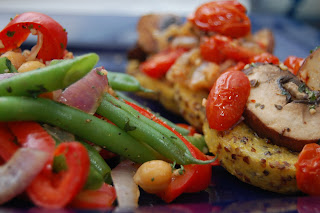