By Heather Iacobacci-Miller January 10, 2010
Wow, it's amazing how behind I feel just being away from my computer for 24 hours. I've spent the day trying to play catch up, reading blog posts, trying to respond, emails, Twitter, Facebook...sigh. Oh and there there's the laundry and errands, etc.

After we got home this morning, I opted to do Shock Cardio HiiT Pyramid plus abs. It was a short workout as I really was feeling strapped for time.

The party last night was a success. It was a small affair, but sometimes those are the best. You have the chance to really catch up and talk with friends. My sister and I, of course, had a great time chatting away as we finished getting everything ready. One of my dearest friends (she really should have been my sister) was able to make it. So, it was a very special evening on many different levels.

As promised, I wanted to report on the Yummy Vegan Spinach Artichoke Dip. It turned out quite well. No one even suspected that it was made with tofu! I do think that I may have cooked it just a tad longer than I should have as it lost a bit of its creaminess. It was either that or using too much spinach. Either way, it was tasty and a definite keeper of a recipe. I served it with whole-wheat Oroweat Sandwich Thins (toasted) and a toasted baguette. 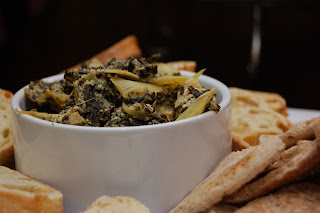 As for the rest of the food, here's how it looked. 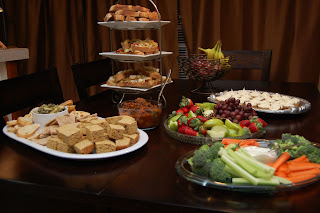 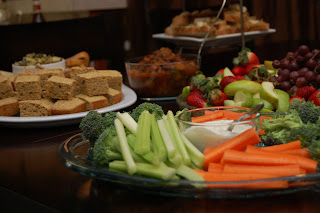 The bruschetta ended up being: 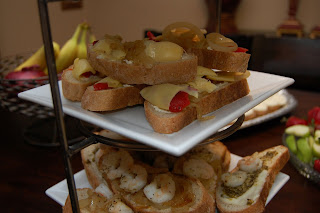 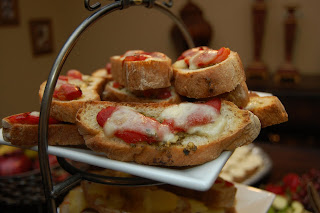 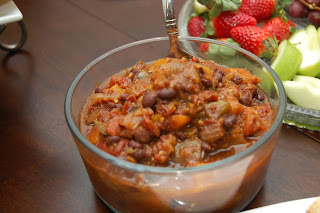 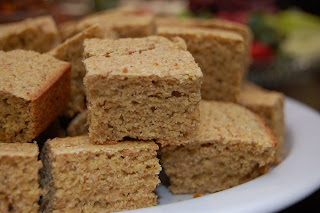 The icing on the cake were these little treats: Spice cupcakes with cream cheese icing. 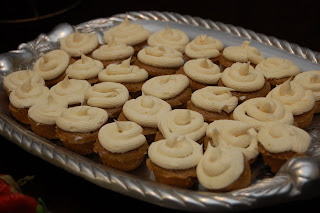