By Heather Iacobacci-Miller July 18, 2010
Saturday Follow Up
I wanted to thank everyone for their kind words about yesterday's pictures. I certainly hope you don't think I'm fishing for comments by the way!!! You all are far too sweet.

Last night we ended up making veggie burgers (some I had pre-made and frozen in the freezer) and sweet potato "fries." I used the Vegan Spinach & Sundried Tomato dip on the buns and topped with the usual roasted red bell peppers, spinach, and Soy Kaas "cheese."

Hot Run
This morning I was itching to get in a run. My legs weren't as sore as I thought they might be from the backside workout, so I thought a run might be good. It was HOT, but I sucked it up and got it done. I told myself I'd at least do 1.5 miles then see how I felt. I ended up doing a speedy 3.5 miles at an 8:05 average pace. Guess I was ready to get it done huh?!

I really had no idea I was going that fast. I thought my heart rate was up because it was so freaking hot. When I went to wave at people, I slung sweat off my fingers LOL. I came in and did abs and stretched while trying to cool back down.


Pool and Painting
I felt I had earned some pool/patio/reading time (always easy to justify really), so I sat outside for about an hour and a half. Then I started feeling guilty for being so lazy. Jason was going to head out for a bike ride with a friend. I was torn on getting ready (hair and makeup) to go to Pier 1 and Kroger. I ended up painting the trim in our living room instead. Funny how I was too lazy to get ready to leave the house, but ended up in the midst of a huge painting project instead.

When we first moved into our house, 9 years ago, I had it in my mind that I wanted to strip the paint from all the trim and stain it all. We have a historical home. I started the project about a year after moving in. I managed to get one room done - the living room (which is really the dining room, but the pool table resides in the living room).

It took FOREVER to successfully get all of the layers stripped off. I was so worn out from doing that, that I just stopped. And that was about 7+ years ago. Soooo, I finally realized that I was not going to ever finish stripping the paint in the rest of the house or staining the trim in the living room. Thus...today's painting session. It was so hard to put that first stroke of paint on the trim, I won't lie. But, I think it's really does look good and am happy with the results. 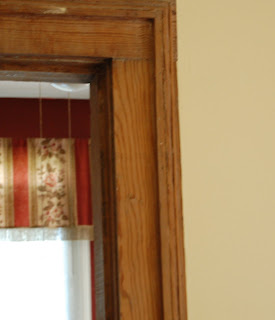 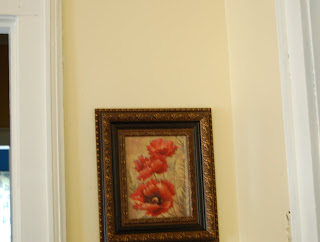 Mexican Sunday
Time totally passed me by while I was painting. The next thing I realized, it was 5:30. I really didn't feel much like cooking after painting all day. Jason ended up making the decision: tamales, "Spanish-style" rice (his version anyway), and sauteed zucchini, onions, bell peppers, and black beans (the only fresh veggies we had). The tamale brand is White Mountain and they are completely vegan. This flavor was a chipotle mushroom. So far we've enjoyed any of the flavors we've bought. 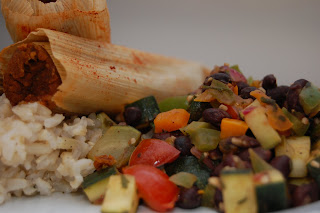 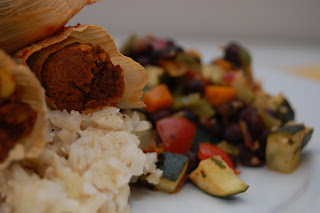 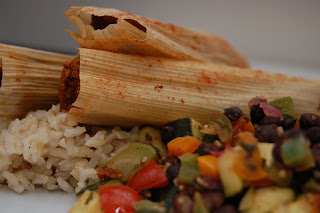