By Heather Iacobacci-Miller July 24, 2010
Side Stitch
This morning we got up early and headed to the lake to spend the day with the family. Jason and I ran a little over 3 miles. It was a really crappy run for me. I enjoyed the scenery and the company, but I kept getting major side stitch, which hasn't happened to me in so long I can't even remember. I think it may have been a combination of the heat and not being hydrated enough. But, I did get it done!

Lake Fun
After the run, we spent the rest of the day pretty much watching Jason "Monster Tube" with my niece. She'll be 6 in October and has really come out of her shell this summer in terms of trying new things. But, she will only monster tube with her Uncle Jason. He's such a trooper I must say. 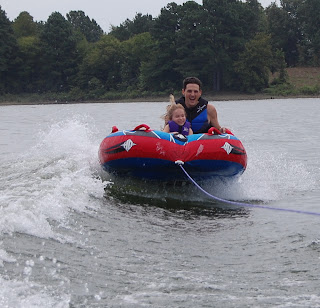 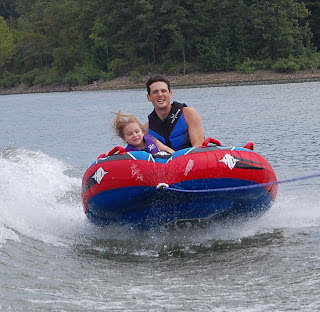 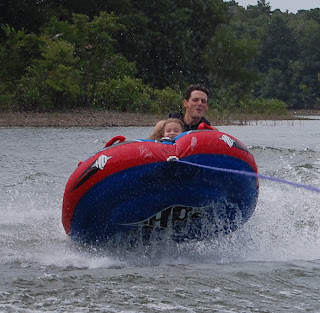 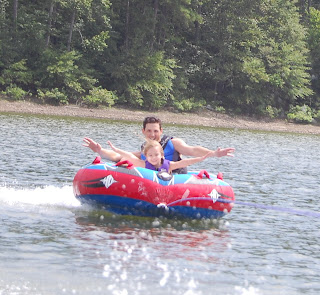 Oh, there were some cannotball (that's what my niece calls cannonballs) to be done too. We all had to jump first of course, then she deemed it safe. She wanted to jump with my sister and me. Then my dad pretended to get in on the action - I say pretend because he didn't actually jump when we thought he was. 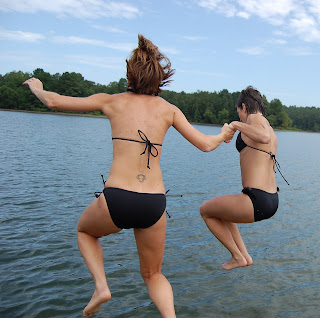 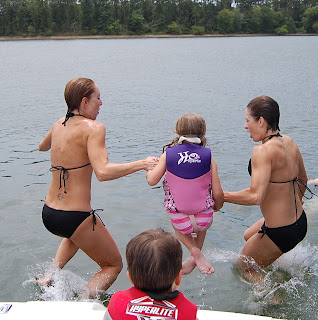 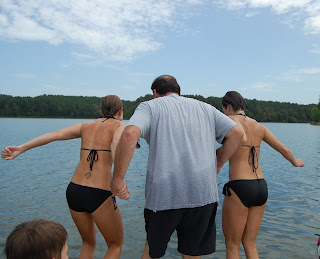 My nephew just turned 4 and is a bit more timid. He said he couldn't do cannotballs because he didn't know the rules yet. He eventually came around after we explained that the rules were, "there are no rules, just make a big splash." 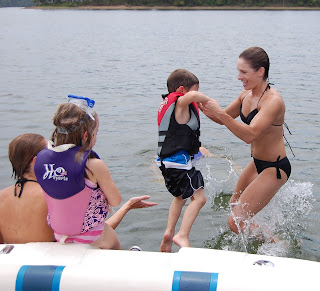 He also finally got the nerve to do a bit of monster tubing himself, with Uncle Jason and his big sister of course. The last time he tried to go for a tube ride we had a freak hail storm. This time, he seemed to be more relaxed and enjoying himself until they hit a wave just right (or wrong) and got some major air. He politely called it quits shortly thereafter. 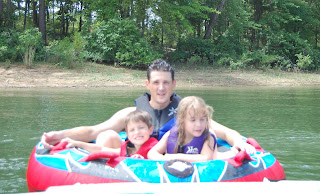 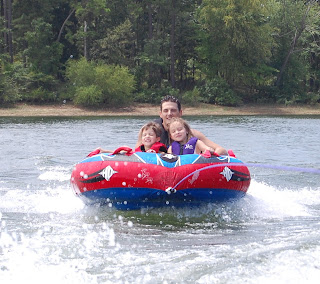 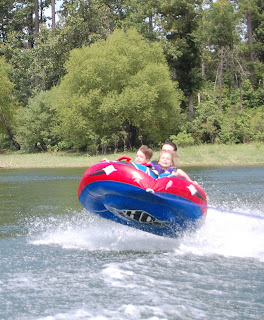 And here are just a few random shots - and yes, my sister and I wore similar bathing suits once again. Clearly we need to start calling each other before we head out. 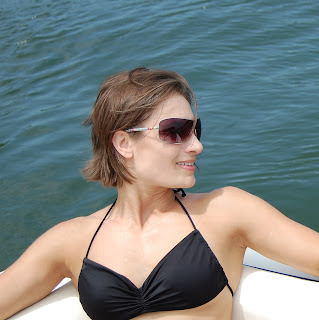 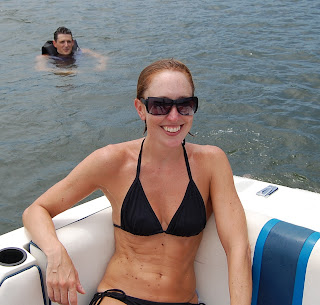 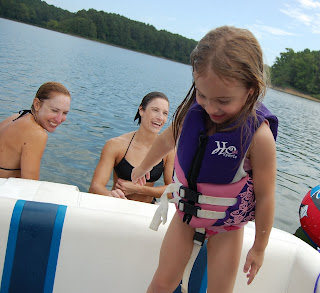 So after a great day on the lake with the family, we cleaned up and headed out again for dinner with friends. I do plan on taking pictures so long as they don't think I've totally lost my mind. Antonio is really a fabulous cook, so we're looking forward to a great dinner.

I hope you all are having a great weekend!