Leaving Behind Comfort Zones and Day 1 of Philly

By Heather Iacobacci-Miller August 02, 2010
Comfort Zones Left Behind
Yesterday was beyond exhausting. Right now it actually seems like it all happened days ago. After the last class of Cathe's Road Trip, we had a farewell brunch at a diner. It was really hard to believe the Road Trip was already over. I had so much fun and am still trying to soak it all in to be honest. This was such a great trip for me on so many levels. It got me WAY out of comfort zones. It was spontaneous from the start. I stayed with people I had not met in person so that honestly could have been a disaster if you think about it. I am so shy and reserved until I really know someone. But in my heart, I really felt that I knew Jessica and Jolene and from the moment I walked through the hotel door, it was like just re-connecting with old friends. Fantastic feeling to be honest. So any reservations I might have had disappeared immediately. It was also fun meeting new Catheletes and a forum member as well (we do a check in called Crazy Strong and Loving It). 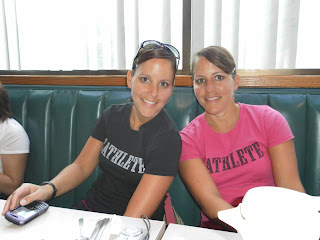 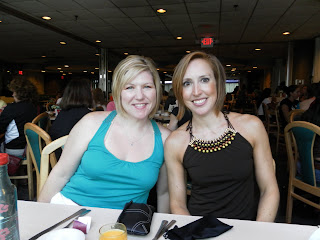 Me and forum friend Melissa

Then there was the mad-crazy workout schedule that would scare even the most seasoned workout fanatic! But it was so much fun and so incredible to be honest. How could it not be fun taking a class or two, or three......from Cathe? It was worth every blasted jumping jack, plyo move, step move, mambo, lateral raise, or low-end pulse lunge. 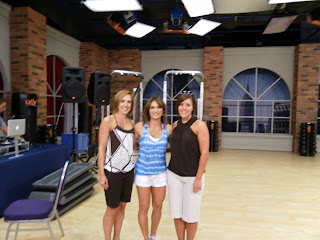 Me, Cathe, and Jessica Saturday night 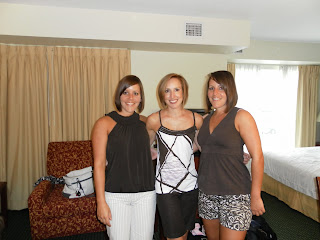 Jessica, Me, Jolene Saturday night before heading to dinner 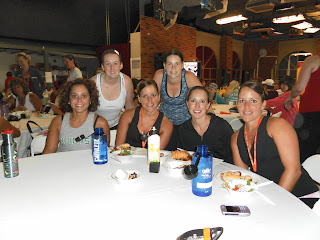 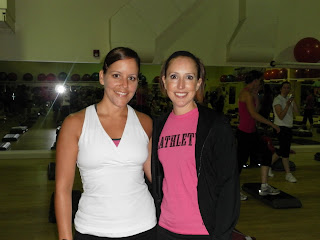 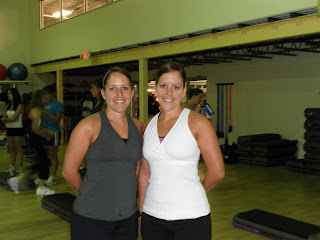 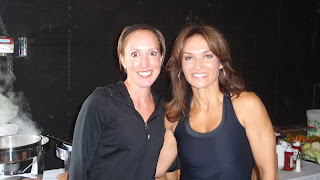 Me meeting Cathe at lunch on Saturday


Philadelphia - Day 1
Jason picked me up to head to Philadelphia. Our friend, Brian, who Jason was staying with, road up with him and we all went to Philly together and just wandered around for a while before deciding to park it at a bar for some appetizers and a much-needed cold one. 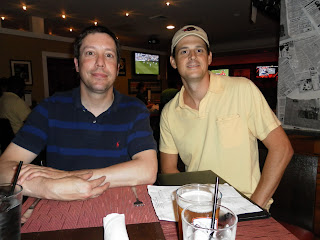 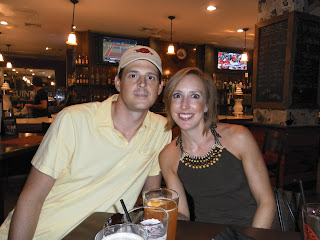 Brian's fiancee had to take care of something in Baltimore, then she drove into town to meet up with us a bit later. I will admit to being not the best company in the world. I was getting grumpy from exhaustion. I felt so bad for being in a less than cheerful mood too. We don't get to see them often and I hated to spoil the evening. We ended up having dinner at a place called the Nodding Head Brewery. I had checked the site out previously because they were supposed to have vegetarian and vegan dishes. I felt like a kid in a candy store to be quite honest. I almost never get to have more than one menu option. I spotted a grilled veggie sandwich and quickly realized I didn't have to settle for that. I had at least 4 other options to choose from. I absolutely cannot describe how ecstatic I was. Jason was so nice and ordered the vegan burger while I ordered the vegetarian chili so that I could try more than one dish. Now that's a real man! 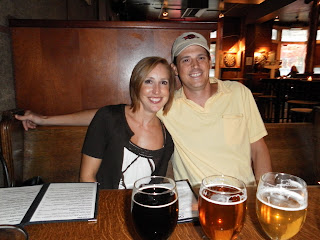 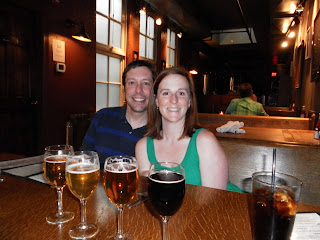 We did start with some appetizers: white beans & sage, bruschetta, and the boys had some baked mac & cheese (the pic was horrible). I had the chili which was full of veggies like carrots, zucchini, and squash. It was fantastic actually. The vegan burger was also really tasty. 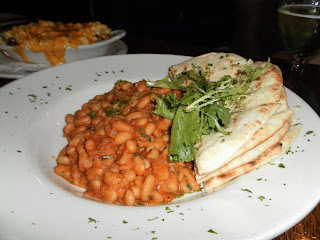 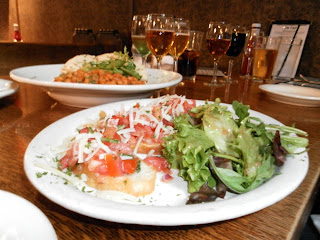 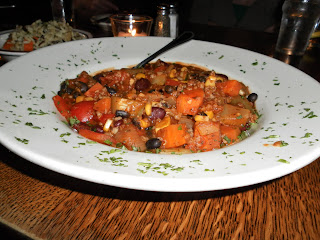 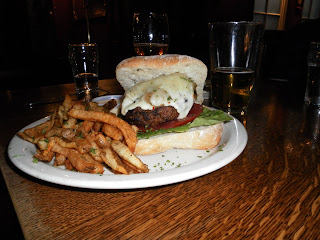 After dinner, we walked around some more. We finally ended up at a place called Caribou Cafe for a glass of wine. It was a really quaint spot with outside seating - and a perfect evening for sitting outside. 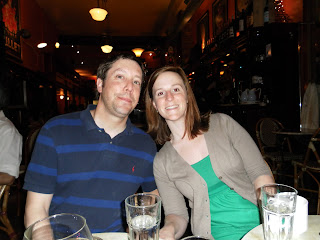 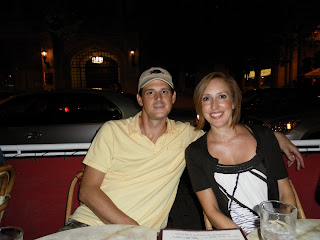 This has been one of the fullest trips I think I have ever been on. Right now I am resting the tired feet before we head back out. I am trying to catch up on your posts. I feel so behind right now. I don't normally ask you all do to do things like tell me your favorite part of your weekend or the best thing you did or ate, but I want to know! Tell me what's up please. Did you have a good weekend even if you weren't traveling?