Ballgame and Grilling for Labor Day

By Heather Iacobacci-Miller September 06, 2010
Working Out on Labor Day
It might be Labor Day, but it's not a rest day. So, this morning I got up and decided to do shoulders and triceps. I did supersets of 3x8 unless noted:

My legs were still pretty tight from Saturday's 7-mile run. I decided that it might be good to get out for an easy run to help loosen them up. It was already getting warm, but I was determined to do an easy 2-miler. It actually ended up being a good run for me and really helped my legs.


Take Me Out to the Ballgame
Today we went to the last baseball game of the season with my dad and step-mother. Growing up, my dad too my sister and me to the baseball games frequently. They are some of my best memories. The stadium was called Ray Winder Field and was one of the oldest in the nation. Sadly, they built a new stadium for the Arkansas Travs and Ray Winder is sitting empty.

My dad has yet to attend a game at the new stadium, so today was his first game there. It did end up warmer than we were hoping, and our seats were in the sun when we first got there for the 1pm game. No one had really had lunch, so we decided to eat at the restaurant there called Umps. They have outdoor seating, but it's covered and had a great cross-breeze. Dad and Jason got burger (men and their meat) and my step-mom and I both had the portobello sandwich. It was nice to enjoy lunch at the ballpark that way actually. 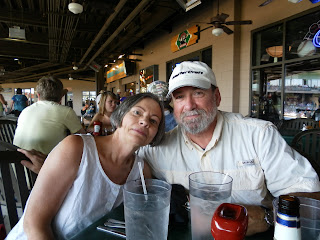 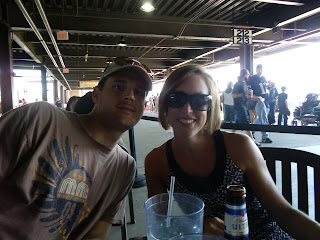 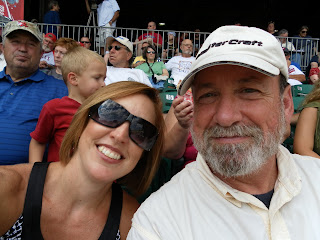 Anyway, our seats did end up in the shade and the Travs won the final game of the 2010 season. Oh, and a highlight - my dad hates taking pictures so I was very happy that he indulge me a bit and took a picture with me. All in all, a very good way to spend the day.

Speaking of a good way to spend the day, apparently the dogs took Labor Day to heart and opted for total relaxation. 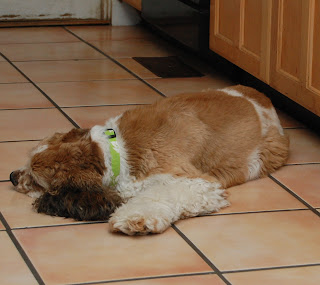 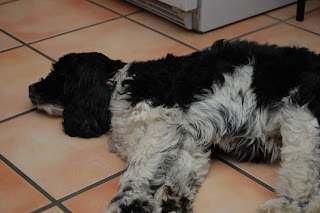 Grilling Out
Tonight we're going to be grilling. I mean, that's only fitting for Labor Day right? I bought some corn the other day along with some more Tofurky Kielbasa. I did, however, forget the sauerkraut. I swear I always forget at least one thing, usually more. The dinner menu was: Grilled "Kielbasa" topped with grilled bell peppers and onions, grilled corn on the cob, and grilled sweet potato rounds. 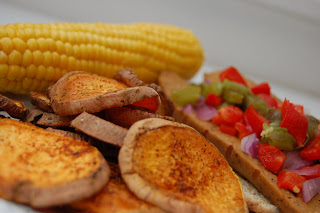 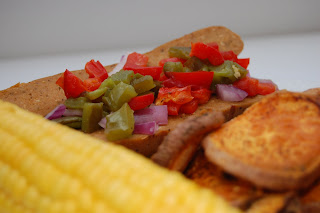 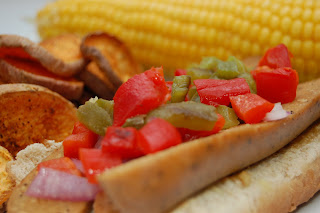 Did you grill out for Labor Day or what was your dinner menu?