By Heather Iacobacci-Miller November 20, 2010
Friday Recap
So my birthday weekend started off with a 5.5 mile run. I will say it was a good run despite the fact that the wind chill was 44 degrees and it was WINDY. I felt like I was running through mud. But it was still good, funny how that can happen.

I got cleaned up quickly then headed to my hometown (about an hour away) to meet my mom and one of my dearest friends for lunch. I have known Kori since preschool, so about 32 years now. She is seriously flesh and blood to me. She's the one friend who I've never ever had a single argument, spat, tiff with. Even if we don't get to see each other often, it's always like we've never missed a beat.

We had lunch at Ruby Tuesday's. I discovered back in February during my trip to Branson, MO that they had a freaking awesome salad bar. My first trip to the salad bar (oh yes, I went back for more) I just went nuts and pretty much piled any and all veggie items on top of lettuce and spinach. The second trip I was a bit more discriminatory and planned better. 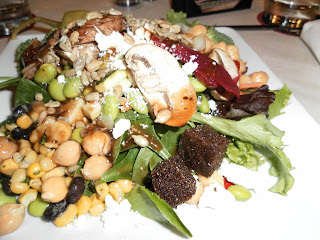 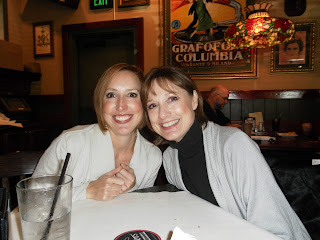 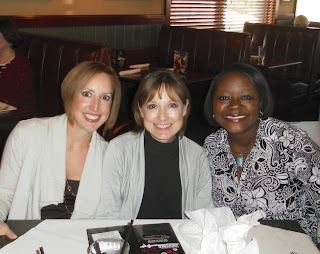 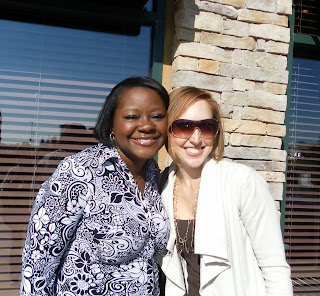 After lunch, mom and I went shopping. She has a holiday party to attend soon and needed help finding just the right dress. After several hours at the mall, we ended up leaving empty handed. She was resigned to making her own dress - which she could do and it would have been gorgeous. We made one final top at TJ Maxx though. Neither of us really thought she'd find "the" dress there, but it was a good excuse to stop in and check out the store though. There were only two dresses in her size that were appropriate and both were gorgeous on her. She ended up going with a classic black dress. We even found shoes for her there too. Score!

I got home just in time to walk out the door again to meet some friends for happy hour. We ended up going to a place called Big Whiskeys. They have nice happy hour specials, and it's not a smoking establishment. Big plus in my book. 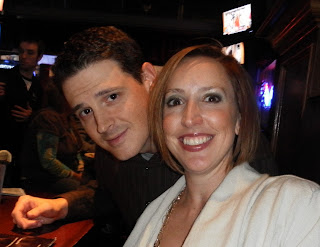 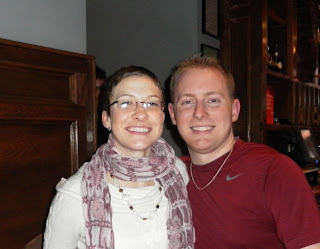 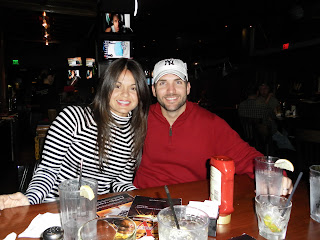 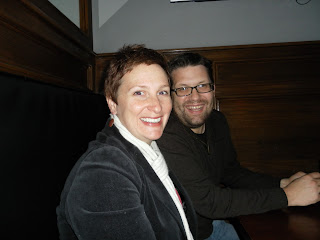 We got home a little after 7. We're just not late-night people anymore. But that's not to say that we didn't have fun of course. I was so happy to spend some time with friends just hanging out and relaxing.

I had no idea how late we may or may not be out and had not been home to even start pizza dough, so no Pizza Friday. Instead we ended up making Spicy White Chili as I had roasted some poblano peppers earlier in the week.

10.5 Chilly Miles
This morning we woke to a foggy, cold, gray looking day. It was supposed to be 70 degrees and sunny, apparently after the fog burned off late in the day. We finally decided that the sun wasn't going to be out and that it was just going to have to be a cold run. We layered up and hit the river trail. Oh, and did I mentioned wind?

Wind, fog, cold. It was not a pleasant start to the run. Eventually the sun started to show itself, but it didn't seem to matter which direction we were going, the wind was in our faces. We still managed to knock out 10.5 miles though. I will say that my legs definitely felt heavier this week, but I am not nearly as exhausted feeling and had zero issues with feeling sick after the run. So apparently the shock bloks are working. Oh, and we tried having diluted Gatorade this time too.

Shopping Spree and Late Lunch
After the run we cleaned up and hit the mall. The Gap had a 40% off everything sale that I could not pass up. I recently discovered a love for their Forever Skinny Jeans. So I got another pair of those and two bras (one ended up only being 2.60). Jason loaded up on shirts today, so it was a successful power shopping spree.

We were both starved so we stopped by a place that has an outdoor (heated) patio. I had a salad and Jason had a sandwich. We both enjoyed a cold beer too. It is my birthday weekend after all ;-) I will say that the reason I ate a lighter (though very very very late) lunch is because I am planning on making pizza tonight. I think we're going to go with at least half of the pizza as a taco style pizza.