Gorgeous Day for a Run

By Heather Iacobacci-Miller November 07, 2010
10 Miles = Exhaustion
Can I just say how much I appreciated the time change today?! I was so exhausted last night that I felt like a zombie at our friend's surprise 30th birthday party. I had fun, but was running on low big time. Everyone was going to go out to hear a band and continue the party around 10, but there was absolutely no way that was happening for me.

We went home and I was in bed fairly soon after. I had one of the best night's sleep I've had in so long I can't remember. I usually wake up 2 or 3 times during the night. Last night I woke up once. If we hadn't changed the clocks, it would mean that I slept until 9:30!!! Wow. I can't remember the last time I slept so late. Too bad I can't run 10 miles every day, I'd never have sleeping problems ;-)

More Running
It was another gorgeous day. It was a little bit warmer, but also windier. Jason was planning on riding his bike, and I wanted to get in an easy run. So we headed down to the Big Dam Bridge around 11:30. I did bring my camera along and took a few pictures of the trail as we were driving to the start. I thought I'd share those with you so you could see where I was today. 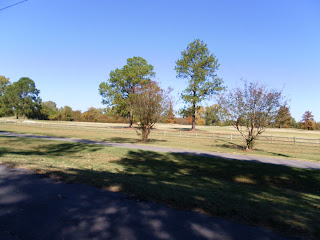 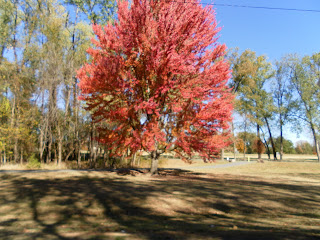 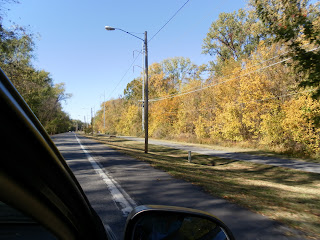 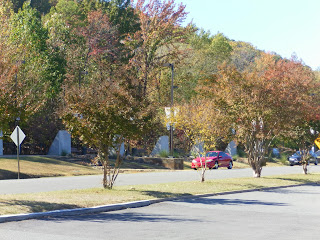 Jason was worried that I was going to get out there and push myself too hard, so I promised as a goal to keep my heart rate below 160 for the run. I ended up doing 5.5 miles (probably too long of a run), but I successfully kept my heart rate around 158. It was so hard for me to be honest. I am so competitive, even with myself, so I had to totally stop looking at the time and only focus on heart rate so I wouldn't keep speeding up. I had a really good run. I did start getting a bit tight in my left hip flexor and in my piriformis muscle around 4.5 miles in.

I got back to the house and did abs from Cathe's Step Pump and Jump DVD. I then got in a good stretching session before getting cleaned up.

Late Lunch = Late Dinner
We ended up going out for a late lunch at a place called Canon Grill. They used to not be open on Sundays, but recently started opening Sundays. They have several vegetarian options actually, but I just went with the veggie burger. I topped it with jalpenos, salsa, and ordered extra lettuce and tomatoes. Basically it's a salad with a veggie burger when all is said and done.

That being said (confessed), I have no idea what we'll have for dinner. I am baking some wheat French bread right now. Maybe we'll have a big salad with a slice of the fresh bread or soup perhaps. We're both fairly stuffed, so it'll be a later dinner no matter what ends up being on the menu.