By Heather Iacobacci-Miller December 26, 2010
Christmas Day
Yesterday was a long one, but a good one that even included some snow flurries (closest thing to a white Christmas we'll ever get). It started off with more time in the kitchen getting food ready to take with us to our hometown where we started off with lunch at my sister's house.

But...before going there, I must talk about my gifts of course. We got the food started before opening our own Christmas presents. It was a Victoria's Secret Christmas for me. I can never have too many PJs and was in need of new undies and house shoes. I got Jason a down vest, some new PJs, a much-needed new robe and some other goodies. Heath and Maddie (via Jason) got a gift for Jason and me. This was something we both needed in a BIG way. It's a Triggerpoint set complete with 2 different rollers and 2 balls and DVDs to help you roll out all the muscles - ideal for runners (sorry for the ugly picture below).

So, after opening our own gifts, getting ready and packed up, we hit my sister's house first. We had to leave our house at 10:45 to get to Sarah's on time. We ate lunch before opening gifts. Jason and I brought roasted potatoes and the Red Quinoa & Acorn Squash I mentioned yesterday. Mom brought a couple of sides and some chicken and Sarah had some gluten-free bread. It was definitely more than enough food for lunch.

And the gifts...When we got there I had asked my niece and nephew if they had gotten everything they had asked for from Santa Clause. With a big sigh, I was told they hadn't gotten their pet pillow, but that was ok. Little did they know, that's what we got them. A got her unicorn and C got his puppy. They carried them around the rest of the day. 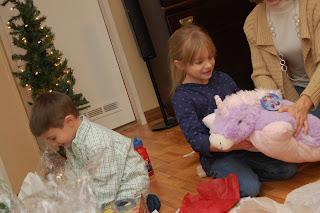 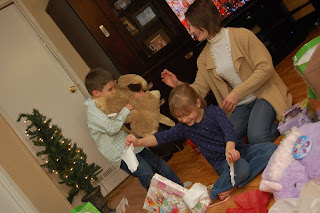 Jason was quick to get in the floor to help open and play with gifts. 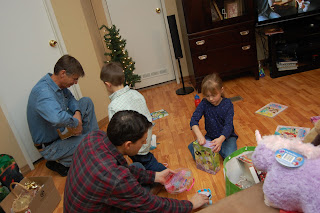 Then there were the obligatory pictures of mom, Sarah, and me. 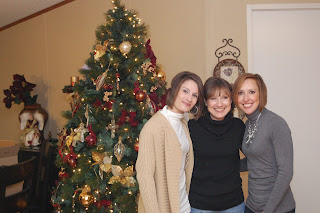 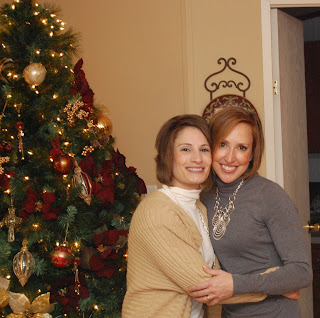 Then  with the kiddos. 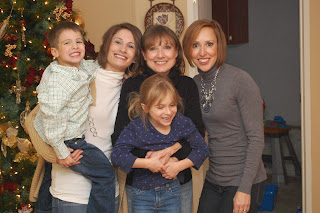 Then Sarah and me showing off our new jewelry that my niece made us. This was just the start. Sarah ended up with a necklace like mine and I eventually got a bracelet like hers. 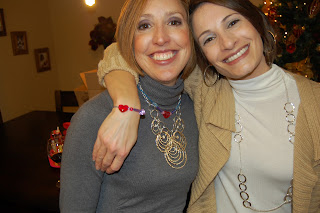 Jason went by his mom and dad's house, and I rode with Sarah to our dad's house, where dinner was eventually had...along with more pictures, more family fun, and more gifts. 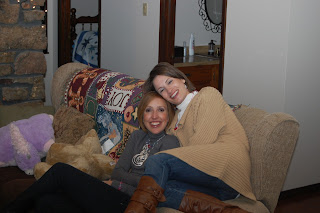 We made it home a little after 9 pm. The dogs were NOT happy. It was about 3 hours passed their dinner time for starters. We had to clean up an accident as well. Can't really blame them as we had been gone so long. We ended up all piling up on the couch watching TV.


Day After
This morning we were super slow going. It was another cold, windy day. We had planned on getting in a run, but did our best to wait until it warmed up as much as it was going to warm up. We stayed in our PJs doing absolutely nothing until about 11:15 before deciding we needed to go ahead and get on with the run. It was 33 degrees with wind chill of 25 and winds gusting to 17 mph when we headed out. I have officially declared myself insane.

All I wanted to do was hit 4 miles today. Thankfully, I did indeed make it for 4 pain-free miles. I never had any IT band issues at all. However, mentally, it was a crappy run again for me. It was cold, windy, I was having problems with my asthma, sinuses, etc. I felt like I was choking on snot the majority of the run. I felt like I never hit a groove at all. We we did 4 miles in right at 32 minutes. That says a lot considering the 2nd half was into the wind - lots of cursing going on from me.

I must say, I'm worried now about running. My last 2 runs have been mentally off for me. I feel like I've totally lost the groove, the enjoyment. While my IT band was fine (which I am sooo happy about) I feel like I'm not there, not in the run now. I think I'm so focused on my form, on just waiting for the first twinge from my IT band that I am not enjoying the running like I was before.

Anyway, after we got home, we both tried out the new Triggerpoint equipment. I rolled out my IT band and my calves, which were killing me and that's never happened before. Oh, on gift I forgot to mention was a programmable crock pot from my dad and step-mom. You know what that means in terms of dinner tonight right? It must be used. So I'm thinking I'll try out out with a Tempeh Chili recipe. Recipe and review will come tomorrow.