By Heather Iacobacci-Miller January 30, 2011
Housewarming Recap
Just a quick recap from the housewarming I mentioned yesterday. The new homeowner, Gwynne (seen in the middle) was very appreciative. Cris (the gorgeous blond) is the one who really put it all together though. I forgot to take pictures of the spread. But everything looked great and I don't think there was any of my hummus or Black Bean Salsa left. Even the not-quite-so right cereal bars were devoured. 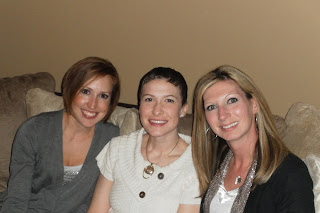 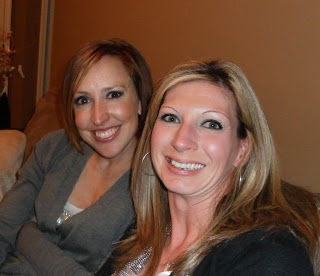 I will say that I was so worn out from the long run that I was worried I'd have to be leaving at like 8pm. But I guess I caught a second wind and we were there until about 11, which is beyond late for us. I guess that's what chatting it up with girlfriends will do for your energy levels. Good times with good friends is good for the soul.


More Running
The weather forecast for today had originally been low- to mid-50's and rainy. But when we set out for our 4-miler, it was sunny and 64 degrees. My legs felt a bit heavy today after yesterday's long run. But they weren't exactly sore and the 4-miler did help to loosen them up. We took advantage of the weather and put the top down on the ride home. I just love having the wind in my hair like that.

After the run, we both stretched and rolled on the Triggerpoint kit before quickly getting cleaned up and fed. We had plans to see Black Swan with another couple today. It's really rare that I look forward to going to the movie theater, but we were told last night that we HAD to see this one in the theater. So, that's what we did.


Sunday Movie
I don't even know where to begin with the movie. Wow. Talk about intense. It also made me a bit wistful about dancing. Ahhh to be preparing my pointe shoes - yes, I really did cut out part of the shank, bang them on the ground, wet them, scratch them up as soon as I got my new pair home. And then just getting lost in the music and choreography. I guess it's similar to getting lost in a long run. Anyway, I'm still processing the movie. I think it was fantastic and very well done. Just really intense. Have you seen it? Did you like it?

While we were in the theater, that's when the rain finally rolled in. Thankfully it wasn't pouring down when we left, but it was definitely cooler and darker out. At least part of the day was gorgeous though. I'll take half of a gorgeous day, no complaints.

So, I kind of made myself sick on popcorn and M&Ms at the theater. Not exactly sure what we'll be having for dinner. I'm assuming it'll be something super light, like soup perhaps. If it's anything exciting, I'll be sure to post tomorrow. But for now, I'm going to enjoy the last bit of my weekend. I hope you are doing the same!