Well, yesterday evening was a great time. We started off at a Japanese sushi/hibachi place in our hometown. It was me, Jason, my sister, her friend C, and another couple (S and M). We sat at one of the grills, you know the kind - fun hibachi guy tossing around utensils, throwing flames, tossing food. I ordered some edamame, seaweed salad, a shiitake sushi roll and later a veggie roll. Everyone else stared with sushi then had the hibachi. 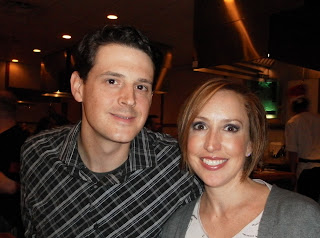 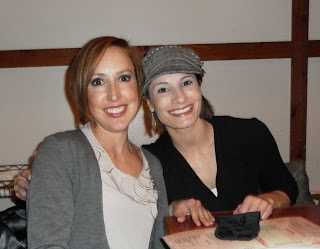 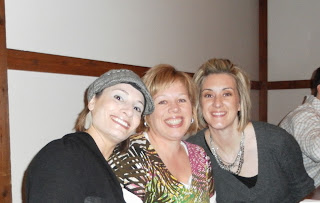 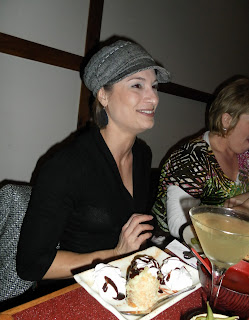 Sarah got the whole Birthday song and dance that came with tempura battered cheesecake. Extra dirty martini was not free ;-) 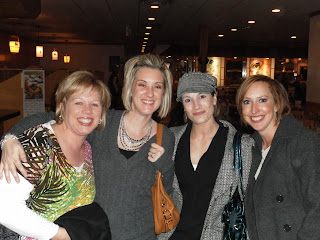 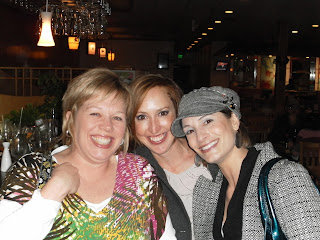 After dinner, we moved along to the first bar where a friend of hers was bouncing. She pretty much just wanted to say hi to him. Music started off ok then turned to country. 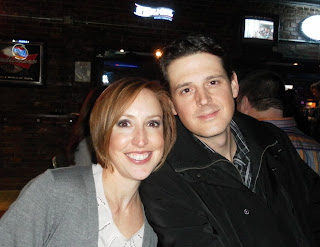 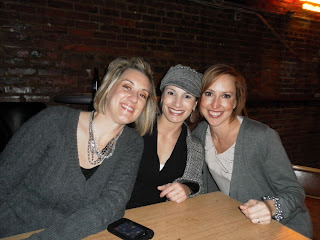 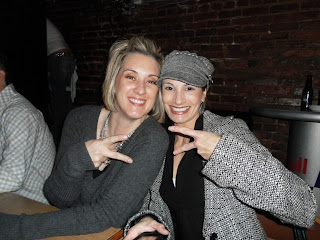 After the country started, we moved to a bar next door that played more dancing tunes. 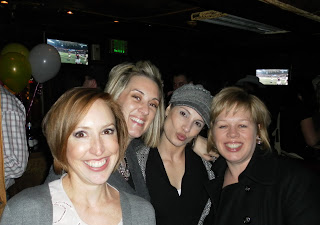 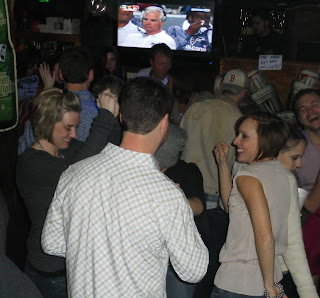 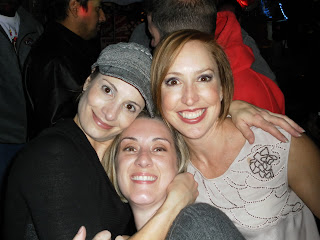 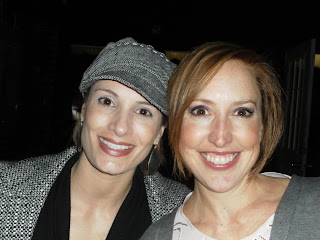 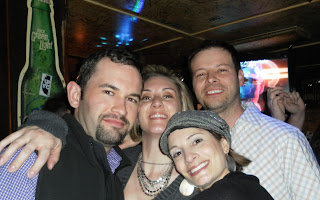 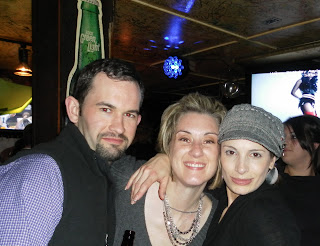 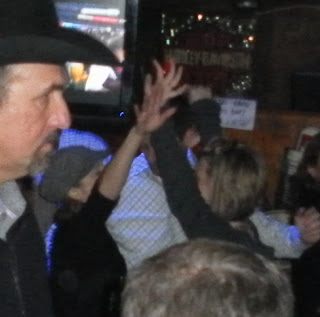 I must admit to feeling terribly old. Jason was DD and also guarding purses and coats. It was SO smoky and crowded that I spent most of the time standing with Jason trying to be out of the way. Most definitely not my scene any longer.

BUT... I am so glad my sister had fun. That was the most important thing. She said it was one of the best birthdays ever. Jason and I did feel like the old couple having to drag everyone out around 11:30. We just couldn't stand the smoke any longer at that point. And quite frankly, it was a very smart choice to call it a night at that point. Sarah thanked me this morning ;-) Big sisters do know best!

Craptastic Run
Jason and I got back home then bundled up and headed out for our training run. The weather was pretty much a 180 from yesterday. Today the wind chill was about 32 degrees and it was gray and damp. The half marathon training plan called for 7 miles. We ended up completing 7.3. I won't even pretend that I had a great, fun, enjoyable run either. Today was one of those days when I pretty much hated ever single moment of the run.

Did my IT bad hurt? Nope. Did my calves hurt? Yep. But really it was mostly mental. Oh, and my lungs felt like they were going to explode. I'll chalk that up to smoking about 2 packs of second-hand smoke last night.

After the run, we ended up "cheating" and going to Vino's for pizza for a super late/super early dinner. We were both starved, had no desire to cook, and just wanted to be bad ;-)