By Heather Iacobacci-Miller February 10, 2011
Snow Day Again
Today we had a two-hour work delay, but my boss said we could work from home if we didn't want to try to make the icy drive into the office. Jason and I both worked from home. I parked it at the kitchen table where I could have a nice view of the bright sun and crisp, white snow. The roads seemed worse earlier today than last night actually. I guess it was from being packed down, so it became icy. They did start to finally clear around noon.

I got a few pictures of the neighborhood. I just couldn't resist. I guess snow is so gorgeous to me because we don't get it that often. It's definitely a novelty around here. I also love how quiet and serene everything seems, feels. I know it's because fewer people are out and about, but it's such a nice change. 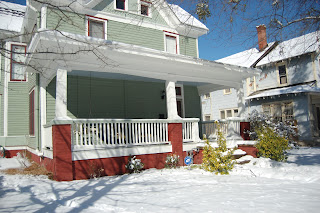 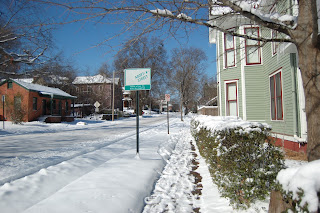 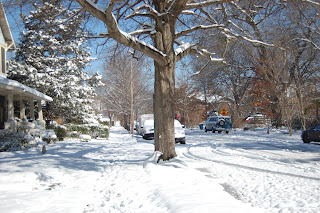 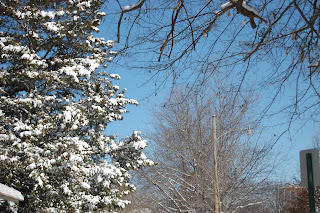 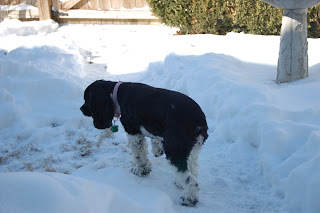 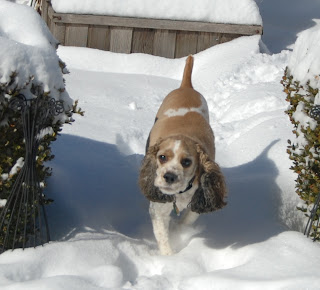 Running
Because of the snow, I knew my run was going to have to be a treadmill run. Jason and I hit the gym around 3:30. The plan called for 5-6 miles then 4 gentle pickups. I really was not feeling in the mood to run at all.

I figured I could at least get in 3 miles, the pickups, then maybe some elliptical time. However, I stuck it out for 5 miles, then the pickups, which put me at 5.3 miles. I figured, "why not round it out to 6." So that's what I did. It kind of felt good to stick it out to the end.

No Crockpot Tonight
Earlier in the day I had made some homemade Seitan and made a slaw with a cashew cream for dinner tonight. No crockpot dinner tonight. Instead I went with BBQ Setian Sandwiches topped with the Vegan Slaw, and a side of roasted parsnip and sweet potato fries. Honestly, I think I've only had parsnips once before, but Jason had it in his head he wanted parsnip fries. So, that means they made their way into the grocery cart last trip. 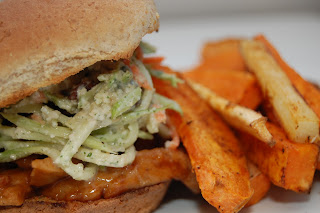 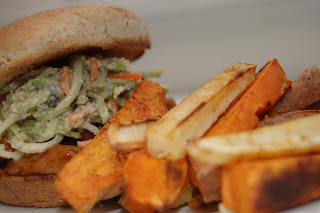 We're both sort of out on the parsnips as "fries." They seemed a bit stringy. Maybe they needed to cook longer than the sweet potatoes.