By Heather Iacobacci-Miller February 09, 2011
Snow Day???
The snow was definitey in the forecast for today. The question was when it would start. I already told my boss I was planning on an 8-4 day so that Jason and I could just go in at the same time since we're down to the one car. At 7 am, there was no snow. But it started at about 7:20 and DID NOT stop. The last time I remember snow like this was in 2000. We got about 12 inches. It took me 3 hours to get from my office to the bottom of a very long, very steep and winding road only about 3.5 miles from work before I had to park my car and start walking. This was before we live right by our offices.

I worked from my kitchen table watching the snow for about three hours before they finally, officially closed our offices. Woohoo - a real, true snow day! We get the occasional snow and ice here, but it's almost never enough to close down our offices. Even the state offices were shut down though.

I was super productive long before work was officially over. I started dinner in the crockpot around 10 am. Jason came in and said, "Dinner already? We haven't even made it to lunch yet." I also started soaking some beans to cook and freeze later on today. My stash is getting low.

Oh, and I took pictures just about every hour to sort of document the snowfall. I've never really been able to do that before. The pictures of the angel and the birdbath are at approximately 8 am, 9 am, and 11:40 (missed 10 because I started working out). Not really super exciting, so I'll just post these. 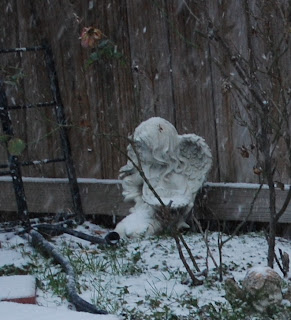 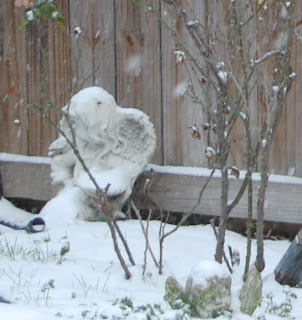 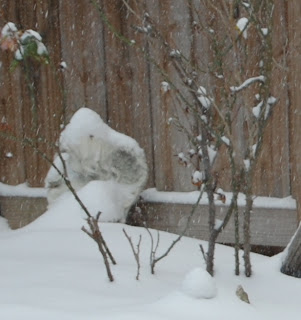 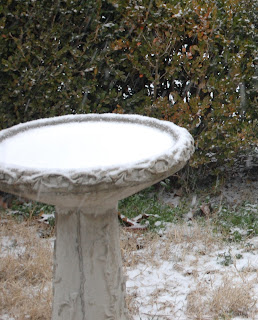 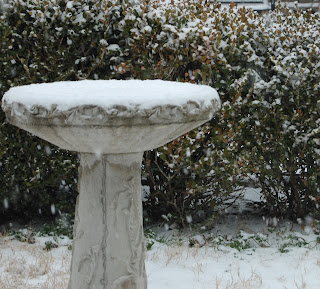 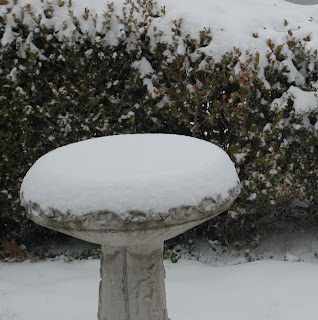 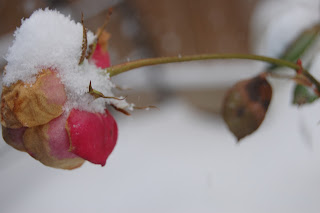 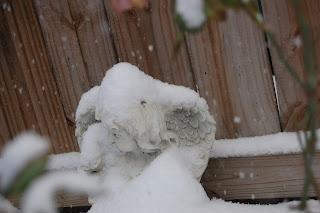 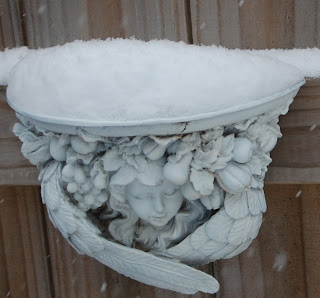 In the end, we measured 7 inches in our yard. 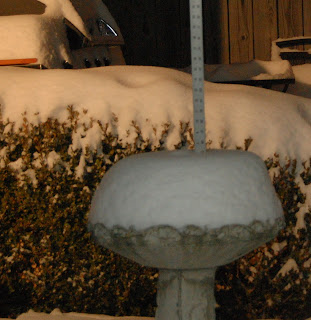 Thank Goodness for Home Gym
Today I had planned on shoulders, triceps and abs. I thought would be able to hit the gym perhaps for elliptical time, but the snow came down, and kept on coming down. So my workout was homebound today.

I finally got in my MMA Boxing workout. It was an awesome, energizing workout today. I finished up with the abs on the same DVD.

Sledding Anyone?
Jason did some work while I pretty much played online and kept watch over the crockpot and piddled. I really could have been more productive I suppose. We have friends that live pretty close by, and they were going sledding. We decided to unbury the car and join them. It's been about 11 years since I've gone sledding!

It probably took 15 minutes for me to just get bundled up. I had on my Under Armour running pants, another pair of long running pants, a pair of wind pants, wool socks, super fuzzy house socks, rain boots (best I had for waterproof shoes), 2 running tops, a fleece shirt, scarf, 2 pairs of gloves, hat, then coat....wooooo. I was determined to not freeze if you didn't gather that. Oh, and I'm clueless on how to dress to play outdoors. The 4th picture is Jason, he was the real pro. I just kept feeling like I was going to tip over and had snow all in my face. 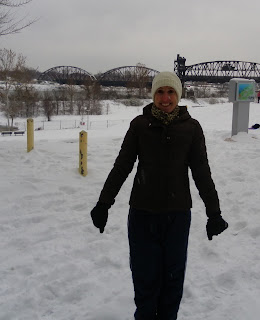 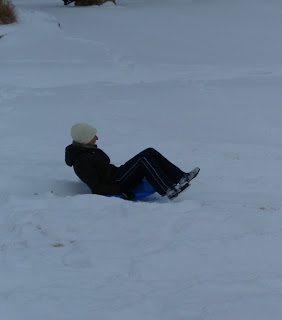 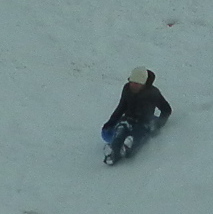 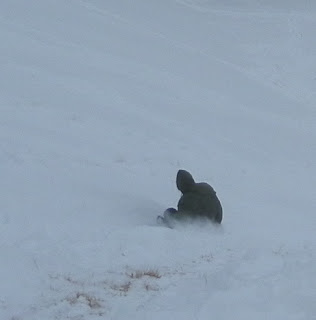 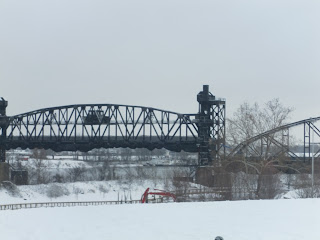 It really was kind of fun playing like a kid again. It's very rare that I do anything like this.

Another Crockpot Dinner
Today was yet another crockpot dinner. I had been thinking about a vegan bolognese sauce, wanting to maybe try one in the crockpot. But I didn't want to leave it unattended in case it needed more liquid. I didn't want to add too much so that it was runny, but then worried it'd not be enough liquid. Today's snow day was the perfect opportunity for me to test this one out: Vegan Crockpot Lentil Bolognese.

Directions:
In non-stick skillet, saute onions, peppers, and carrots (also garlic if using fresh) until carrots begin to soften. Then add all ingredients into crockpot and cook on high for 4 hours.

Notes: I had started off with about half a box of the broth then had to add more 3 hours into cooking, so 24 oz is approximate. 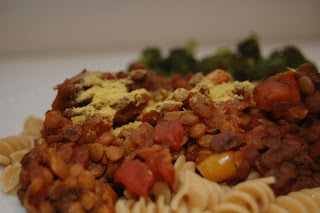 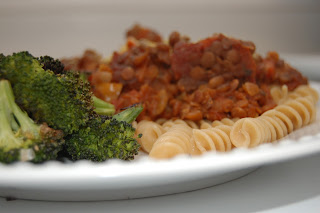 I served this over a whole-wheat rotini, sprinkled with nutritional yeast and a side of roasted broccoli and garlic. This was a super filling, very comforting dinner. Most definitely perfect after some sledding and lots of snow.