By Heather Iacobacci-Miller March 20, 2011
Housewarming Recap
Well, to say the Artichoke Hummus was a hit is an understatement. But, I had to remake it unfortunately. The original batch got left at the house. We got to my sister's house and started unloading everything only to realize that container had not made it into the cooler. Oops.

Thankfully Sarah had the ingredients on hand to whip up a new batch. Along with that, I made a Black Bean and Corn Salsa. She had some pico de gallo, Jason made a balsamic chicken salad. We had lots of dippers from corn chips to veggies. I didn't get pictures of all of the food, but did want to highlight some things. 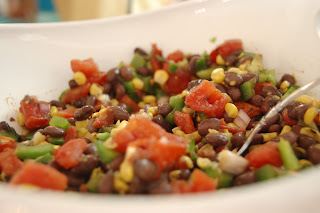 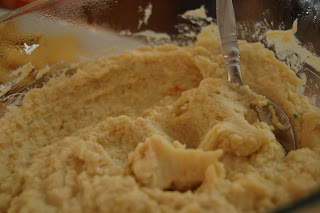 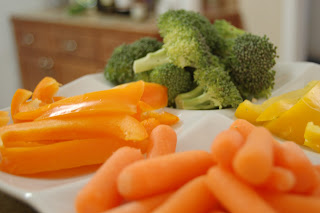 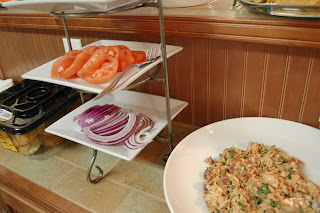 My sister is getting the house all set up the way she wants and it's looking so cute. We did help her rearrange a few pieces just before the party (nothing like last-minute furniture arranging). I really opened up the space more. Everyone seemed to have a great time. We got to hang out with a few long-time friends (as in known whole lives basically). Our mom stopped by too, which was fun. Can you spot her in the last picture? 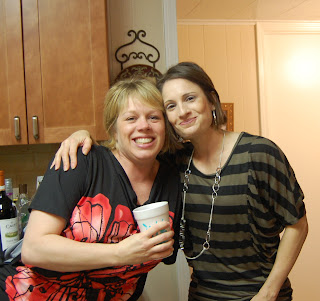 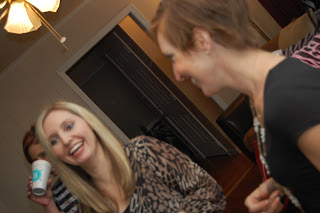 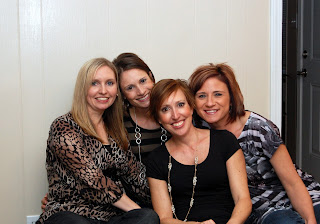 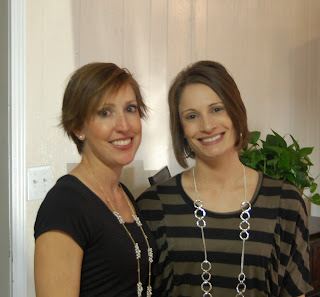 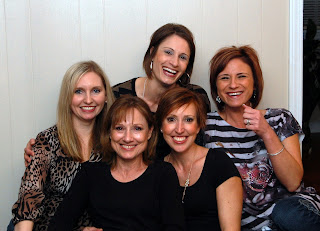 High Reps Supersets
I won't lie, it was a late night. But a great night. I went to bed around midnight. Maddie decided she wanted nothing to do with the kennel starting around 5 am. It's a good thing she's cute.... Anyway, we got home around 10:45. I got straight to my weight workout (Jason got straight to the couch with the pups).

Today was Day 3 of Week 2 of my total body rotation It called for 2 sets of 15 reps done as supersets increasing the weights.


After the weights, I did just 2 combos from MMA Kickboxing then the abs from High Reps.

Sunny Spring Sunday
Today was absolutely gorgeous. Perfect first day of spring. It was sunny, breezy, and 80 glorious degrees! This called for a patio lunch obviously. So, that's what we did. After lunch, we hit up Wal-Mart to get some new car washing items. Jason has been "researching" taking care of my new car and had to get all new car washing "stuff." We came home with a new bucket, special soap, interior cleaner, non-abrasive rags, and a special washing glove. Of course, the car did not get washed ;-)

I did some laundry, swiffered the floors, and cooked off some white beans and enjoyed the windows being opened up finally. And while disconnecting from internet world is nice, it's also stressful (and time-consuming) trying to get caught back up.

Do you find it more stressful to disconnect then try to get caught up or just stay connected and stay on top of it all?