By Heather Iacobacci-Miller May 31, 2011
Hottest Run Ever
This morning we were up around 7 am. Guess going to bed by 9:30 will do that to you of course. We had started watching Breakfast at Tiffany's, but just couldn't stay awake.

So, up early, Jason decided he wanted to try to get out for a run with me after breakfast. So, we laced up the running shoes (I think it was a little after 8) and headed out for the hottest, most humid, heat index-of-100-degrees run I've ever done. Holy freaking crap. We made it about 4 miles before calling it quits.

I will say that it was nice to run up to the top of a bridge and look out over the inter coastal waterways. Now, getting to the top was a bit challenging of course. We also ran through a neighborhood/condo area we've never driven through. So running can be a nice way to really see a city. As long as it's not going to kill you of course. I did hit the elliptical for 5 minutes to sort of ease out my legs then I did abs from Cathe's High Reps DVD.

Sun, Sushi & Sunsets
After we got cleaned up - yes we had to clean up before going to the beach because we were that gross from the run - we packed up the cooler with lunch, snacks, and a few adult beverages (and tons of water) and headed down to the beach for the day. 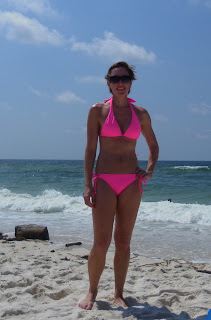 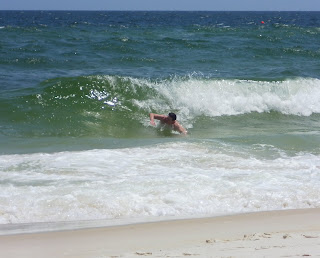 We stayed on the beach from just after 10 am until about 2:45 before deciding to go get cleaned up. We had planned on having cocktails and sushi at this fun little place across from our condo called The Jelly Fish Bar. It had just opened up four years ago, when we first started staying in this condo. We're really glad it's been able to stay open. Not all beach restaurants make it. This place seems to have become a local fave though. 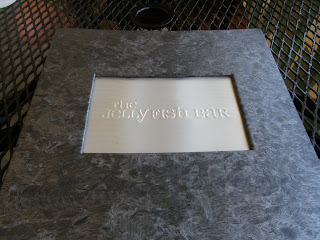 I knew I wanted the edamame and some wakame. I also ordered a cocktail I ordered last year. It's their signature cocktail, The Jellyfish. I must say, it was not the same at all. I looked back at last year's post even just to verify. And realized I hadn't even ordered the same cocktail because that one was no longer on the menu, but they were very very similar in descriptions. 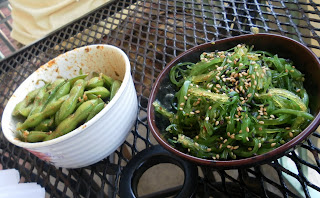 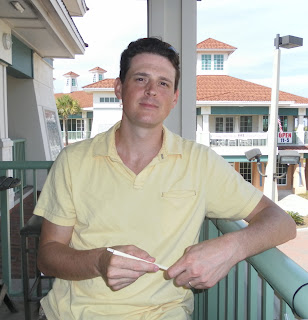 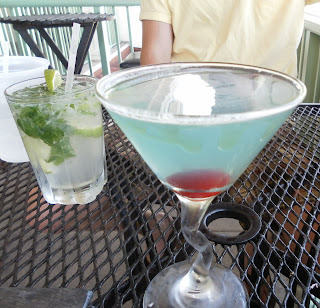 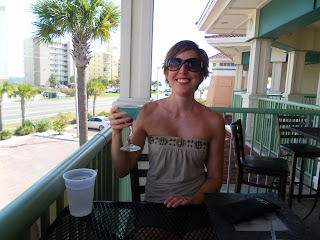 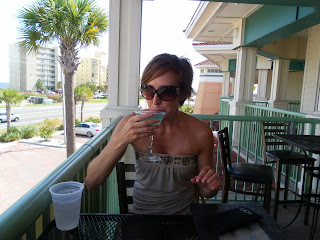 So, I guess they did away with the Comb Jellyfish and just make a different one called The Jellyfish. It wasn't very good at all. I was really disappointed and ended up I letting Jason finish it for me. Do you ever just get your heart set on something you've had before? I didn't even want to order a different cocktail to be honest. All I wanted was that goodness I had last year ;-)

I ordered the vegetable roll and Jason got a volcano and a tuna roll. For me, the best part was still the wakame. Don't know what my obsession is with that stuff, but I love it. 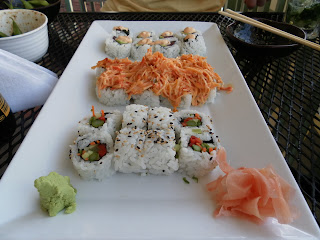 Full, and lazy feeling, we spent the rest of the evening just sitting out on the balcony. It can be so much fun to people watch, as well as ocean watch. 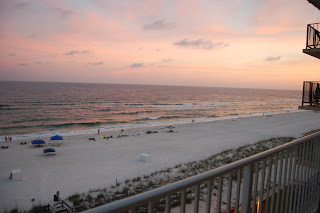 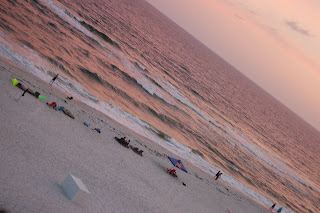 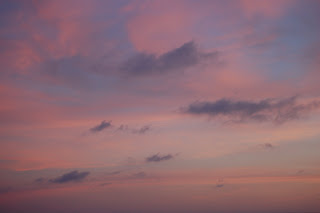 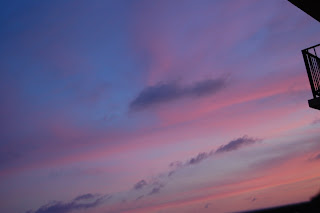 The sunset was absolutely gorgeous last night. Everything had a beautiful pink hue.