By Heather Iacobacci-Miller June 19, 2011
Saturday Recap
Well, I sort of failed on taking pictures of my friends Girls' Grilling Night. I will say it was a total blast though. Actually, all of yesterday was good. Jason, Sarah, and myself had lunch together at a fun artsy place called The Starving Artist Cafe. We had a gift certificate and thought it'd be fun to take Sarah someplace totally different.

They didn't really have any appetizers, and we were starving. So, Sarah and I split a bowl of vegetarian minestrone soup. While it was rich in fantastic veggies, not so much in flavor. Not horrible, just a little bland. She had a chicken salad and I had their signature Starving Salad that came with bell peppers, cherry tomatoes, olives, pepperoncini peppers, and onions. Jason got their salmon dish.

After lunch, Sarah and I hit the mall. We both had some shopping luck (aka found some good deals). That's always fun of course. Totally made up for my shopping fail when I was on vacation. After the shopping, Jason dropped us off at my friends house. There was tons of food and even more laughs. 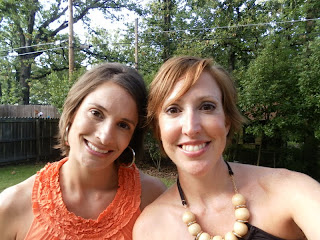 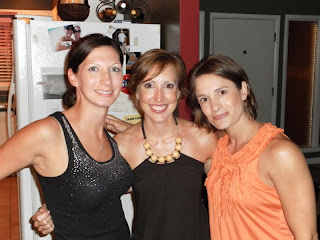 We got home around 9:45 and promptly hit the sack. It was a great Saturday.

Gym Day
This morning I got up around 7:30 then just relaxed until Sarah got up. We enjoyed breakfast before she had to get going. After she left, I hit the gym for legs, shoulders, and abs. I started with 10 minutes on the elliptical as my warmup.

I finished off with some ab work and a long stretch before calling it quits for the day.

Suntastic Sunday
When I got home, I decided to reward myself with some patio/pool lounging. I mean, everyone deserves that after a good workout session in my opinion. Even better, Jason joined me in the pool. He normally isn't one to just float around on a raft unless we have a pool full of friends or it's later in the day and cooler. We just had the music going and floated around aimlessly. Kind of nice to just relax like that actually.

We were super wishy washy about lunch. Instead of misbehaving and going out, we ended up making a Cheeseless Queso to snack on. I had some leftover Layered Black Bean & Pineapple Salsa Dip, so I used that in spinach lavish wraps to make some simple, toasted quesadillas.

I need to get some chores finished up around the house and possibly some time in the kitchen (need to make veggie burgers, cook off beans, and maybe make seitan). Of course, we'll see how much truly gets done. It's Sunday after all right? Day of rest.