By Heather Iacobacci-Miller July 17, 2011
Found the Beach
Today has been slightly lower key with less walking. I got up and hit the treadmill for 3 miles then used their cable machine for a few upper body exercises. Guess it's better than nothing at all. After I ate breakfast, we headed to the lake.

We went with the smaller, 12th Street beach. When we first got there (just after 11am), it wasn't terribly crowded as you can see. That changed of course as time passed. 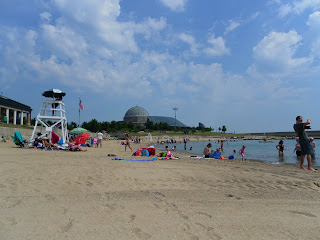 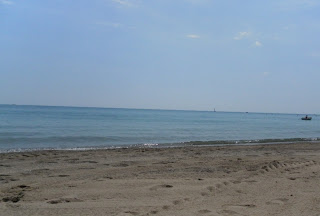 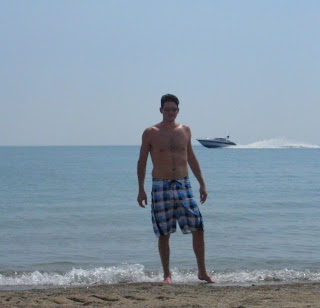 The water looked so fresh and inviting (despite how it looks in the pictures, which didn't turn out so hot). But I was in for a huge shock when I stepped in. Freezing! I'm used to our lakes this time of year being very warm - almost not even refreshing actually. So I was in for a rude awaking stepping into this lake. I don't know how people were out there swimming.

We had packed our lunch and ate there. It was really enjoyable, relaxing (minus screaming, yelling kids LOL). We stayed for about 2 hours before heading back to the hotel.

More Site Seeing & Eating
We got cleaned up then headed back out. So much for semi laid back huh ;-) We headed back down to Millennium Park. Jason thought the place to pick up our tickets for the architectural river tour we were doing at 5pm. Ended up that wasn't necessary, but that was fine. We wanted to take some better pictures of the "bean" and I also needed to go by Sephora over on State Street as my eyeliner ran out. 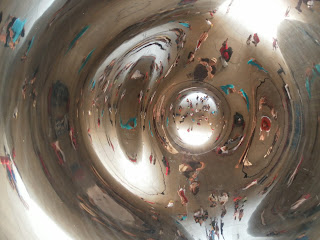 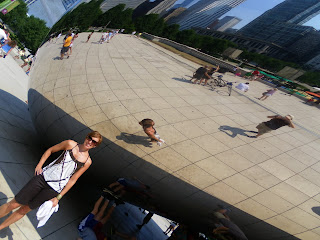 We were getting hungry (aka grumpy) so we started wandering around trying to find a place to grab appetizers and drinks before the boat tour. We lucked upon a really great place called Public House. It was a little loud (World Cup on tvs), but the food was unexpectedly good. We ordered their mushroom flatbread (mushrooms, caramalized onions, spinach, goat cheese, truffle oil) and a shaved salad with a champagne vinaigrette. 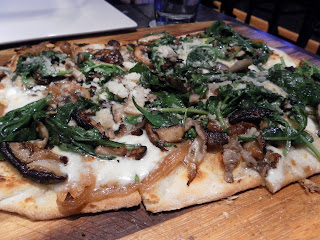 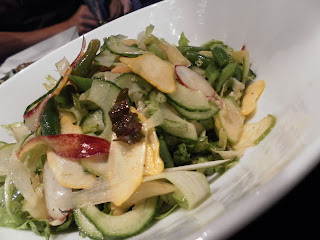 After quickly eating, we headed over to the tour site where we met up with one of my coworkers and his wife. While I'm usually anti-touristy stuff like the architectural tour, I am so glad we did it. I won't bore you with a million pictures, but will show just a few. 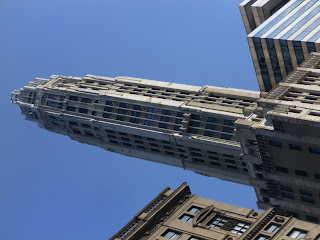 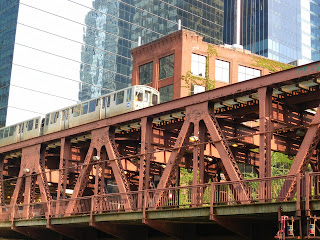 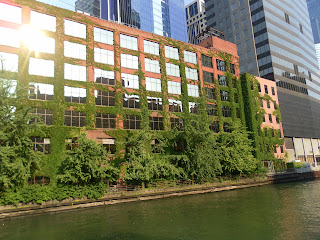 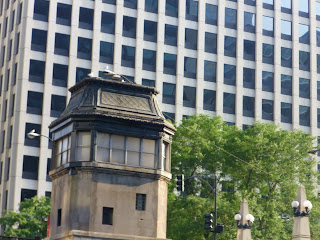 Post tour, my coworker and his wife were looking for food (we sent them to Public House), but we weren't hungry yet. We were really icky feeling actually - sweaty, sticky, yuck. All I wanted was a shower. So, we headed back to the hotel to order dinner to be delivered rather than go out again. I really had no desire to get dressed up and walk another step to be quite honest.

So, now we're in the hotel room waiting on delivery. I'm kind of in denial that I have class tomorrow, and I'm also starting to get rather homesick. But, I'm determined to try to enjoy this opportunity for what it is. I hope everyone is having a nice weekend!