On a Boat Recap & Trying for Normal Day

By Heather Iacobacci-Miller July 04, 2011
I'm On a Boat Recap
Yesterday was another great day with friends and my sis. After Sarah and I hit the gym, we packed up and headed to the lake. Our friend has a family cabin on the lake that we could use. We just expected to be floating around in the lake, but her uncle had a boat that he said we could all use.

Let's just say that this song was sung a great deal, in various versions. 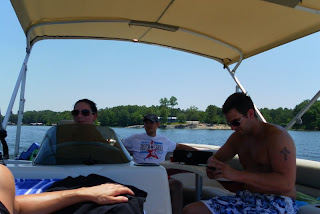 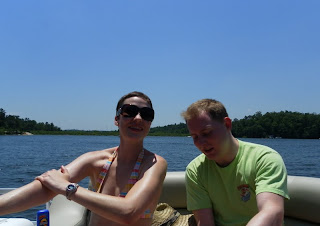 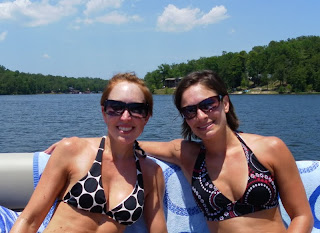 At one point, we had a "We're on a Raft" version going. And yes, alcoholic beverages did indeed play into this being far more hysterical than it actually was. 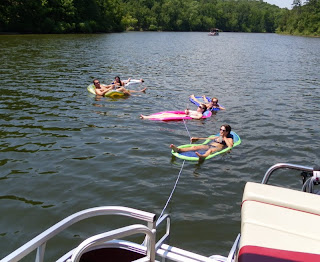 My friend's family ended up showing up so we did have to share the boat. So in the end, we did just float in the water near the cabin. But absolutely no complaining for certain. 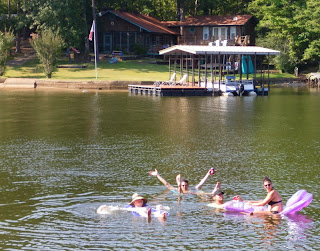 Monday Funday
Since today is a holiday, Jason and I were both off work. I needed this 3-day weekend in a big way. I actually managed to sleep until 8:15. Of course, this was after Maddie woke everyone up at 6-ish, then 7.

Since every day can't be about pool parties and hanging on the lake, I guess today was more normal. I hit the gym for a run and then biceps and back. If I had gotten up earlier, I would have probably gone for a run outside. But it was just too hot and I was being lazy.

I did 3 miles total on the treadmill with 4 1:00 minute athletic intervals thrown into the mix. I then hit the weights. I did a superset for biceps/back of 3x8 then drop sets after.

After the workout, I hit the grocery store, which was insanely packed. I guess everyone was out restocking their beer supply (no beer sales on Sunday) and loading up on grilling goods for the evening.

We did attempt a little bit of pool time, but the clouds rolled in on us, so we got out and headed out for a late lunch. The rest of the evening will be a lazy one - just trying to enjoy the last bit of time off before reality strikes tomorrow.