By Heather Iacobacci-Miller October 31, 2011
Skillet Bake Sunday
Last night's dinner ended up a semi-refrigerator/freezer special. I had some frozen rice that helped make this dish super simple and fast. Jason mentioned casserole, since I haven't made a casserole in ages. In the past, a casserole meant pasta or rice, cheese, frozen veggies, and a can of condensed cream of mushroom soup.

These days, casseroles are comprised of none of those ingredients. So, they can be more complicated. And I think it's safe to say I have a tendency to complicate things anyway. Last night I peered into the cabinet, fridge, freezer. I thought pumpkin = creamy, so that's where that comes into play. The rest I just had on hand and thought it sounded like a good pairing.

In a large bowl, whisk together the pumpkin and almond milk and seasonings. It should be a creamy consistency, not runny.

Pour pumpkin mixture into skillet and combine all ingredients. Remove from heat and sprinkle the top with Daiya then put into oven. Bake until "cheese" is melted. 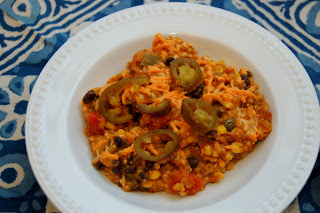 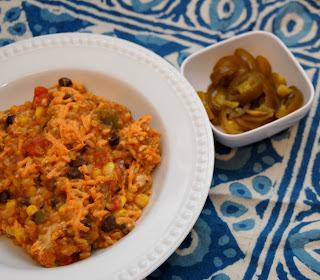 I must say, this turned out far better than I had even expected. I was nervous, I won't lie. But it was so good, so creamy. Even if you hated pumpkin, I think you'd like this one.

I wasn't sure how I was going to be feeling after the half marathon, so I decided to treat myself to an extra day off today. It was such a gorgeous day out too, perfect for being off work.

I slept in until about 8 then got up and made myself breakfast, basically just taking my time. It started off rather chilly, so I wasn't just itching to head out for a run right away. Instead I went ahead and got the grocery store trip over and done with.

Once everything was put away, I decided to take my legs for a test spin. They really don't feel too bad after the half. A little heavy, more like I did a ton of squats rather than race. The temps were about 60 degrees and the skies were blue and clear. Lovely.

As soon as I started running, my legs decided they really weren't as excited about the run as my head was. After about 5 minutes, however, they did start to loosen up and were more willing to work with me. In my head, I was dreaming of 4 glorious miles. In reality, I stopped at 2. I didn't feel like I just had to stop necessarily, but I thought it would be smarter on my part to stop rather than push on.

Picnic Lunch
Jason took off a little early to spend part of the day with me. It was so nice that we decided to go walk some trails, no serious hiking mind you, just leisurely stroll through the woods.

I packed up a picnic for us to enjoy after the walk. We used to do picnics much more often and need to remember to do them more often. It's just nice way to spend part of the day, relaxing outside. 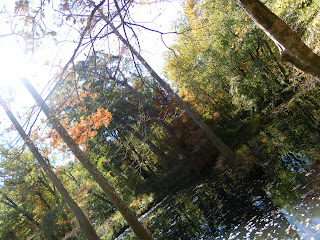 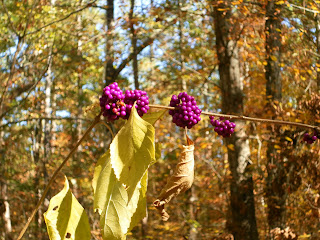 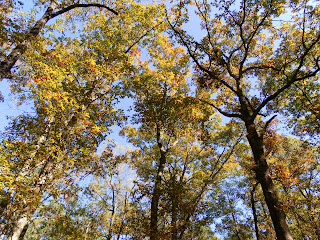 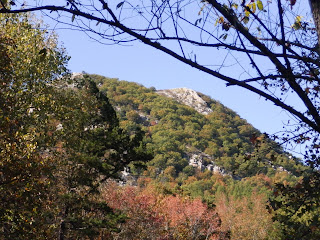 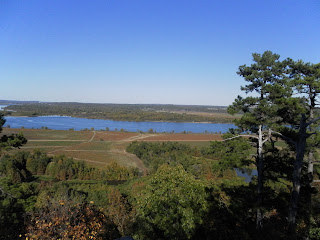 After eating our lunch, Jason wanted to go "exploring." Had my legs not been fatigued, hiking and exploring would have been perfect. However, I just didn't feel like trekking through the woods too much.

Instead, we "explored" by driving...and driving. Jason is one who could just drive around and look at views. Me...not so much. But, I will admit that it was a beautiful day. The leaves are just starting to change, so the scenery was spectacular.

Do you like just driving/riding around in the car for scenic drives?

Don't forget to enter my Blooming Platter of Vegan Recipes Cookbook Giveaway - you have until Thursday night to enter!