An Amazing Weekend With Amazing Friends

By Heather Iacobacci-Miller February 21, 2012
Hi, my name is Heather and I really do blog daily in most cases. My first inclination is to apologize for being absent from blogging these past few days. With the exception of my vlog. But, I stopping myself, because disconnecting was exactly what was needed. Being present and enjoying every moment is what this weekend was all about.

Jessica and her husband arrived Saturday at 12:50 and the fun started right away and continued all the way through today.

After dropping off luggage, we made our way to the wine store then Whole Foods. Dinner plans were to have a pizza throw down. So we had to pick up just a few ingredients. We dropped everything off back at the house and headed out again.

The weather was rather cool and dreary, but not rainy thankfully. We had originally thought we could walk around the River Market area if the weather had been better. Instead we stopped at one of our favorite hangouts, Dugan's. The atmosphere is always relaxed and cozy. It was the perfect place to begin our visit really.

We ordered some food to snack on and drinks to celebrate and visited for a while before heading to our next destination, Zin Wine Bar. Zin is just around the corner from Dugan's, so very convenient to say the least. Again, just relaxed, easy conversation. Lots of laughter. It felt so easy and natural from the very beginning. Just old friends getting together. Perfect. 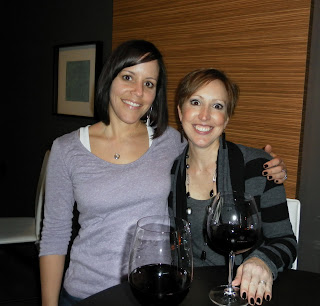 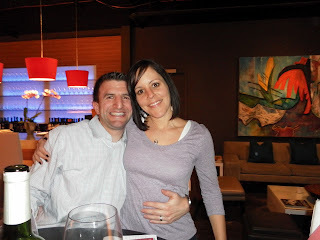 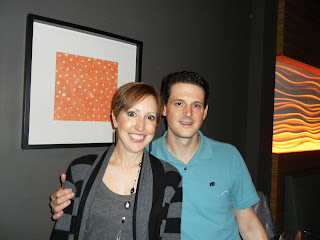 The evening was a late one despite the fact that Jess and her hubby were worn out from a long day of traveling. We were so caught up in conversation that the pizza ended up being a much later affair than expected. I think we ate around 9:30 actually. But it was so worth it of course. Everything was simply perfect about the day, the evening, the meal.

Sunday we had our breakfast then got ready for the day's adventure: the Oaklawn Race Track. It's about an hour away, not too bad of a drive. We ended up renting a minivan because another couple was joining us. We all piled in and headed to Hot Springs. It was fun being able to show everyone where I grew up. And the weather was just perfect for the day, sunny, perfectly clear skies, mid-50's. We couldn't have asked for better race track weather.

The girls just visited (chatty Cathies of course). My sister was able to meet us there for a bit too, which was great. I couldn't wait for her to meet Jess. The boys enjoyed studying the tip sheets and putting together their bets. Even better, Jason and Scott left with more money in their pockets. I call that a major plus because that almost never happens at the track. 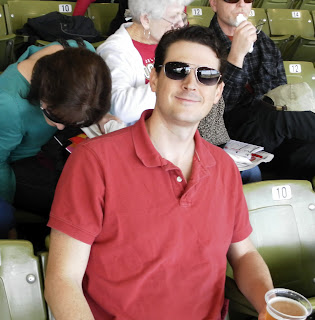 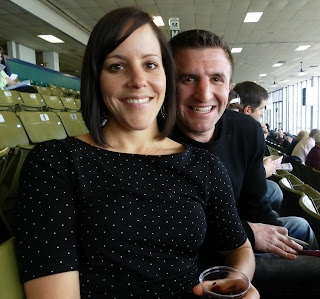 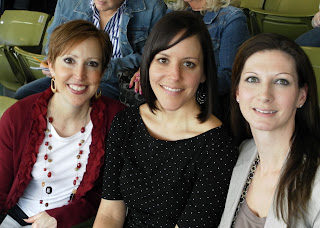 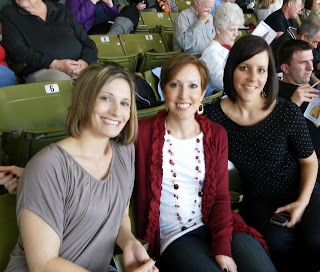 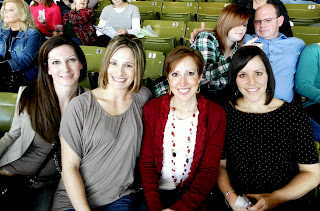 Since Jess and I had planned not to plan, there were no set dinner plans. I did, however, have everything on hand to put together Black Bean & Tempeh Enchiladas with a homemade chipotle enchilada sauce. We were starved though, so we snacked on some salsa and homemade guacamole that Jason whipped up. So, Sunday wrapped up with more wine, fantastic conversation, and good food around the kitchen table. Oh, and there was some pool playing too.

Monday, Jason decided to give them the grand tour of Little Rock before Jess and I hit up a noon spin class. While we were getting our sweat on, the boys were stuffing their faces at a local BBQ joint that Jason really loves. They were happy; we were happy. Of course, after spin we were starved. Jess wanted to do some shoe shopping, so I picked a restaurant near DSW that I had yet to try, YaYa's Eurobistro.

The boys were clearly not hungry, but Jess and I were. So, we started with their hummus, which was pretty good. Though, you gotta like garlic. 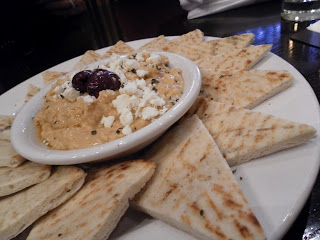 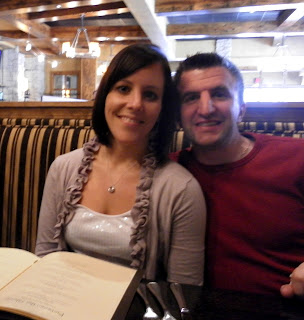 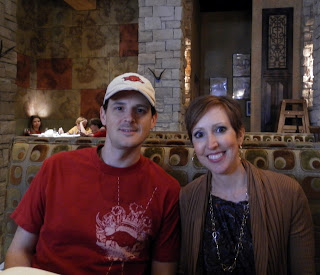 We both ended up ordering a lunch duet, which let us choose half a sandwich and half a salad. We both ordered the Garden Pita but different salads. Jess got the Roasted Beet Salad and I got the Market Salad. The food was fantastic. I have a feeling Jason and I will be back to YaYa's sooner rather than later.

The first shoe stop yielded a great find for me (shoes for 20 bucks), but Jess didn't have any luck. We stopped at an accessories store, the boys wouldn't enter of course. They ended up at a bar called The Tavern while we browsed. I did end up with another great shoe find, $10 boots and a bracelet. Luckily, we passed by one more shoe store on the way to find the boys. I had never been in the store, but they had a huge sale going on. Thankfully, Jess found some super cute wedges on sale that she snagged up then met the boys. 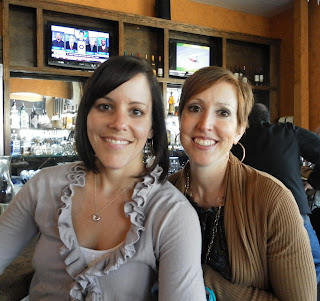 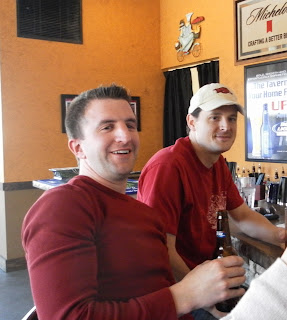 We did some more sight-seeing before the grocery store. We had showed them Big Dam Bridge on Saturday, so Monday we showed them the Two Rivers Bridge. 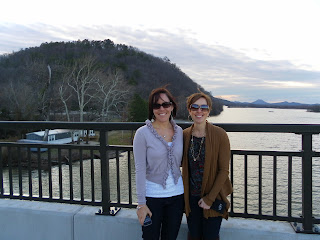 Then it was back to the house and got into our comfy clothes. The dinner plan was homemade spaghetti sauce (courtesy of Scott), homemade bread that I had on hand, and a side salad. Jess and I had our sauce over spaghetti squash, the boys went with pasta.

Dinner was fantastic, of course. We ended up just staying at the kitchen table the rest of the evening playing cards and visiting. Heath Man shared lots of hugs. So, another fantastic day. 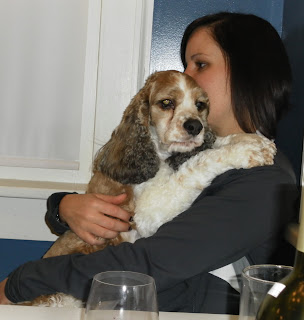 Today was a little sad as it was their last day. Luckily, their flight wasn't until after noon, so we had time to at least enjoy a nice lunch. Since the weather was nice, we chose to go to the River Market area and ended up at Bosco's.

I have to say that this was one of the best weekends I've had recently. I am definitely going to miss Jess and Scott. They are such an awesome couple, so much fun, and just real. There was nothing pretentious about either of them. Just straight up good people. We've already been discussing our next visit and making more plans not to plan ;-)