Fun Facts Friday - The Power of a Word

By Heather Iacobacci-Miller May 11, 2012
That'll Wake You Up
Well, today is a much-needed rest day for me. My legs aren't nearly as sore today as they were last week. Kind of funny how doing the same workout just twice and the muscles already are more used to it. I guess that says volumes about needing to shake things up.

I did wake up super early though. Jason got up just before 5 am for his master's swim class and I never fell back asleep. I thought I'd do myself a huge favor and try a yoga workout. Jason has a DVD - The Athlete's Guide to Yoga.

I really don't like yoga, but I keep trying because I know it'd be so good for me. So, I was up, why not give it another go? Only the ancient DVD player wouldn't work. It's been giving me fits, but then started to work ok. So, I thought it was just because it hadn't been used a lot. Apparently it only plays Cathe Friedrich DVDs. No joke. I tried the yoga DVD, another totally different yoga DVD. Nope, nadda. Stuck in a Cathe DVD...played perfectly.

Let's just say that was not calming for me. So, I went ahead and started getting ready. I was trying to figure out which shoes to wear and felt something in my shirt. I thought it was just a hair and was going to get it in a second when I looked in the mirror and saw a big ass spider crawling up my neck! Not exaggerating I promise. This is not a tall tale of the big fish I caught. Nope, this was a spider just a bit larger than the size of a quarter.

I flung it off me as quickly as I could jumping around like a freaking lunatic. I spotted it on the bath mat just staring me down. But I won! I grabbed toilet paper and threw him in the toilet. Haha!

That'll really wake you up! So much for a calming, relaxed morning huh?

Fun Facts Friday
I've been talking a lot about running and working out and recovering from injuries and such. So I thought today I'd do something really simple, kind of silly, probably stupid for Fun Facts Friday. 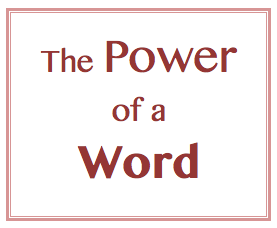 I don't know why, but there are just some words that bug the snot out of me. Words I can't stand to hear uttered or even see written down. Do you have any of those words?

But, really it should come as no surprise that a word can evoke a strong feeling. Words have an amazing power don't they? They can make you angry, happy, sad; they can be comforting or stinging. And sometimes it's just a single word that has the power to illicit a response.

But, then there are those other words, some totally random, that make me just cringe. I may or may not offend people with this. Some of you probably use some of these words. So please know it's not a reflection of how I view the person who uses them, it's just the word itself.

Words I that Annoy Me:

So, what words annoy you? Or (to be positive) maybe words that you love to hear?