By Heather Iacobacci-Miller May 22, 2012
Today started off pretty much the same way as it has been starting since on vacation. I didn't really need to try to run again today. I put in 11.5 miles in two days and I know that's pushing it with my injuries.

So, the plan was to just do the elliptical for a bit and watch a bit of Food Network before Jason got up. But, the elliptical is really basic (aka crappy) so I lasted about 30 minutes before moving to the treadmill. Normally I loathe the treadmill, but if I can watch something on TV that I want to watch, it makes it so much easier to handle.

Yes, I just said I should not have been out running. So I did keep it scaled back. I only did 2.5 miles on the treadmill. And actually, I think it was maybe a good thing. It was a softer surface than the hard pavement I've been pounding. So for that reason, running inside wasn't such a bad idea. And it wasn't long. No intervals, no hills, nothing crazy.

After the run, we packed up the cooler with lunch, lots of water, some adult beverages and headed down to the beach where we spent the rest of the day. So, once again, a lot of reading, a lot of relaxing, a lot of toes in the sand time. 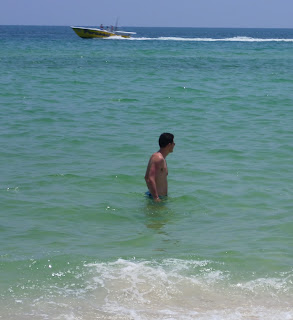 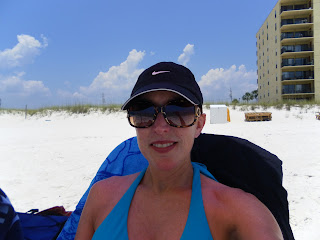 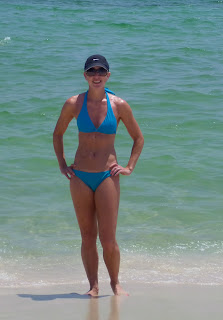 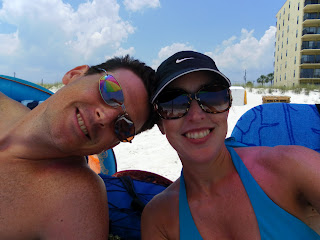 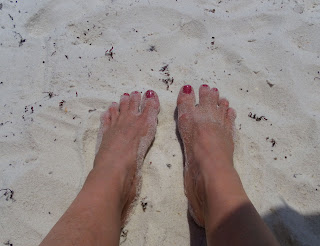 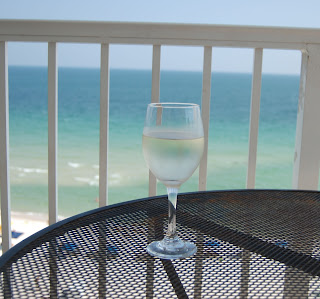 Tonight I'm going to make some quesadillas for dinner. They'll be black beans with yellow and red bell peppers and some chile peppers. I don't even want to attempt trying for a "pretty" shot of them. Quesadillas are nearly impossible for me to photograph and make even semi-appealing. So, I'll just leave you with the photos above instead.