By Heather Iacobacci-Miller May 23, 2012
I sound like a broken record I'm sure - but today started off pretty much the same way it's been starting while on vacation. Wake up, get in a workout of some sort, then hit the beach.

Jason decided to go for a run with me today. The plan was 5 miles. But it was already way too warm. I knew the minute we started running that it wasn't going to be easy. The humidity was really high, so breathing was tough. My legs felt incredibly heavy too.

The first mile wasn't great, but I finally started to at least get into a rhythm. And for whatever crazy reason, we started speeding up. Maybe it was just a subconscious desire to be done. Mile 1 was a 9:17 pace, Mile2 ended up at 9:04 and Mile 3 was a stupid 8:50. It definitely slowed after that point.

Jason and I were both struggling. The heat was zapping our energy. The sun beating down furiously. We ended up agreeing to walk for a minute to just cool down, but even then Mile 4 was still 9:13. Clearly we were on a mission to just finish. Five miles ended up being 4 1/2 miles. And you know what, I'll take it.

After the run, I took a cold shower to try to cool down. I literally could not stop sweating. Not a fun feeling really. Eventually, I cooled down. Grabbed a bite to eat. Packed up the cooler and off to the beach it was.

The wind and surf was up today. A big change over the past few days. But, the wind definitely keeps you cooler, especially under an umbrella. I finished my second book this week around 2. Then we heard some thunder coming from inland. I was getting hungry and decided to head on up to get cleaned up.

The plan was to go across the street to a place we visit each year called the Jellyfish Bar. They always have fun martinis, wakame salad, and sushi. 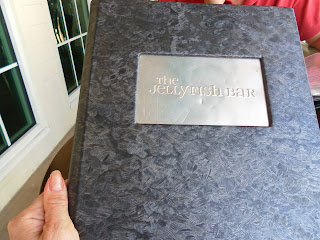 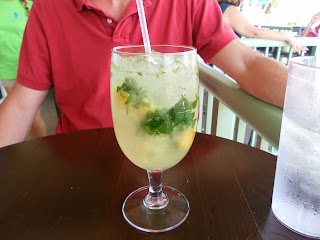 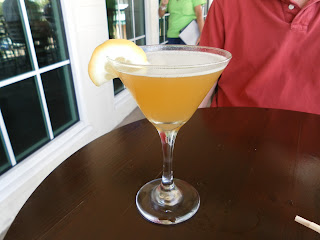 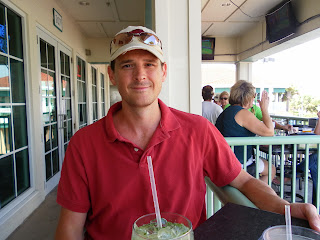 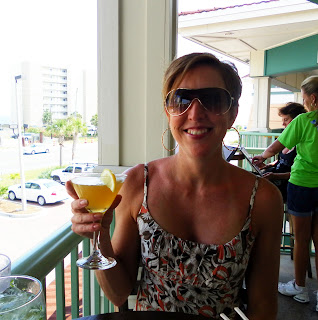 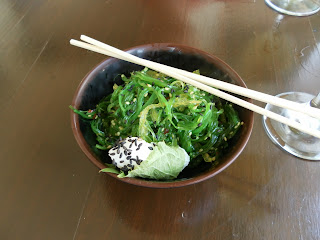 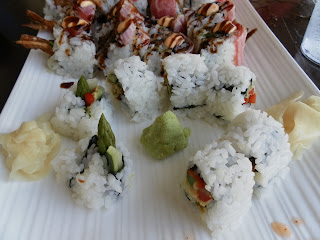 Usually we have a really nice time. Unfortunately, there was one really large and really obnoxious table. It was hard to have a conversation. Also, this year we had a coupon from restaurant.com that I had purchased. Turns out, they suddenly don't accept. I'm sorry, but that's bad business if you ask me.

They had an agreement with the company. Just because they no longer work with them doesn't mean they shouldn't honor a coupon that doesn't expire. Just me? So, really ticked about that. But we didn't make a scene and of course still tipped our waitress. It wasn't her fault of course. Have you ever had that happen?

Right now we're finishing listening to the last of the first Hunger Games. Dinner will be later since we had such a late "snack." I think we'll end up having spaghetti with a salad. But, that could easily change. Either way, I know dinner will be enjoyed on the balcony watching the waves crashing in. Perfection.