Speed Work & Chili But Not Chilly

By Heather Iacobacci-Miller August 15, 2012
Speedwork
This morning I psyched myself up for some long overdue and much needed speedwork. My new running partner has a fairly flat route that she has mapped out near her house to do 800's. So the plan was to do a little over a mile over to her house then 4 x 800 with 1/4 mile recovery jogs in between then I had a mile back to my house.

While speedwork can be really intimidating (much like HIIT or Tabata in my mind), it goes by pretty fast. So you just need to focus and sustain for that one interval, recover and start again. Once you get going, you don't really have time to dwell on your lungs exploding or legs crumbling beneath you. You just do it.

It was definitely warmer and more humid today. Thankfully "A" sweats like I do so I wasn't embarrassed to be slinging sweat as I ran ;-) Of course we didn't run side-by-side during the speed intervals, but that's ok. It's about working at your own pace of course.

My goal was to try to keep my 800's in the 8:15-8:30 min/mile range. It's been so long since I've done 800's that I thought that was a more attainable goal for me. I tried to remember back to previous training plans. I know that there was a time when I could do 800's maintaining a 7:50 pace. I know older plans had me starting off slower for the first few weeks of speed and gradually increasing pace. So I just went with that. In other words, made it up.

I don't usually use my Garmin for speedwork (oh wait, I don't normally do speedwork) so I didn't lap everything correctly. In fact, for one of the laps the timer was never on so that one didn't even show the miles. But I think for the most part I maintained my goal pace for each lap.

I would try to glance at my speed as I was running (not highly recommended by the way) and I noticed I was falling anywhere between a 7:43 and an 8:15. So I "think" I was on track. There were a few 6:40's in there, of course not for long, usually right when I started then I'd end up slowing down some.

Oh and the one little hill "A" described when we did the route backwards....um.....definitely didn't feel so little! But, it's good practice and definitely more closely simulates a real race where you do have hills, turns, potholes and such.

So, 5 miles done and I felt awesome. Very accomplished and perhaps a bit of a runner's high going on.

Weights & Chili
I ended up working through lunch today and leaving a little earlier. This gave me plenty of time to do my weights without rushing. Or that was the plan. I had planned on the same workout for Back, Shoulders, Chest as last week. However, I just felt wiped out.

But, I skipped legs on Tuesday and really wanted to at least get shoulders done. So I went with a Plan B version of a workout.

I also added in ab work and then spent some time stretching and rolling on my Triggerpoint Therapy Kit. Honestly, once I got going, I was really into the workout. Of course, I knew it was going to be a short one so definitely no intimidation factor.


I was feeling pretty uninspired when it came to dinner. Jason suggest chili, so I just went with that option. One-pot-meals always make for an easy dinner with minimal cleanup. So, it might not truly be chili weather, but we could turn on a fan.

I ended up going with our fairly standard Chipotle Tempeh Chili. The only change I made was that I used white beans as I was out of red. 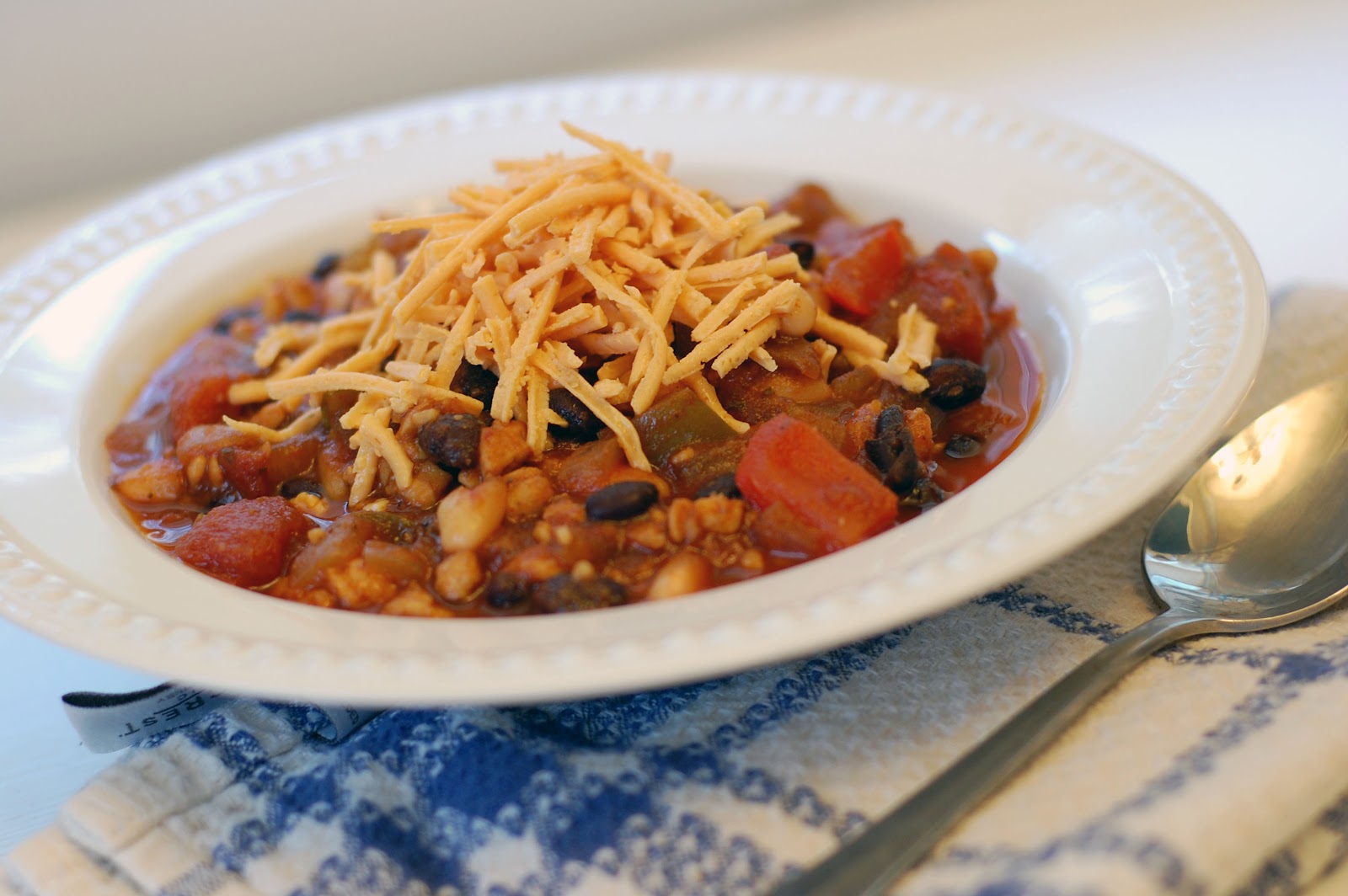 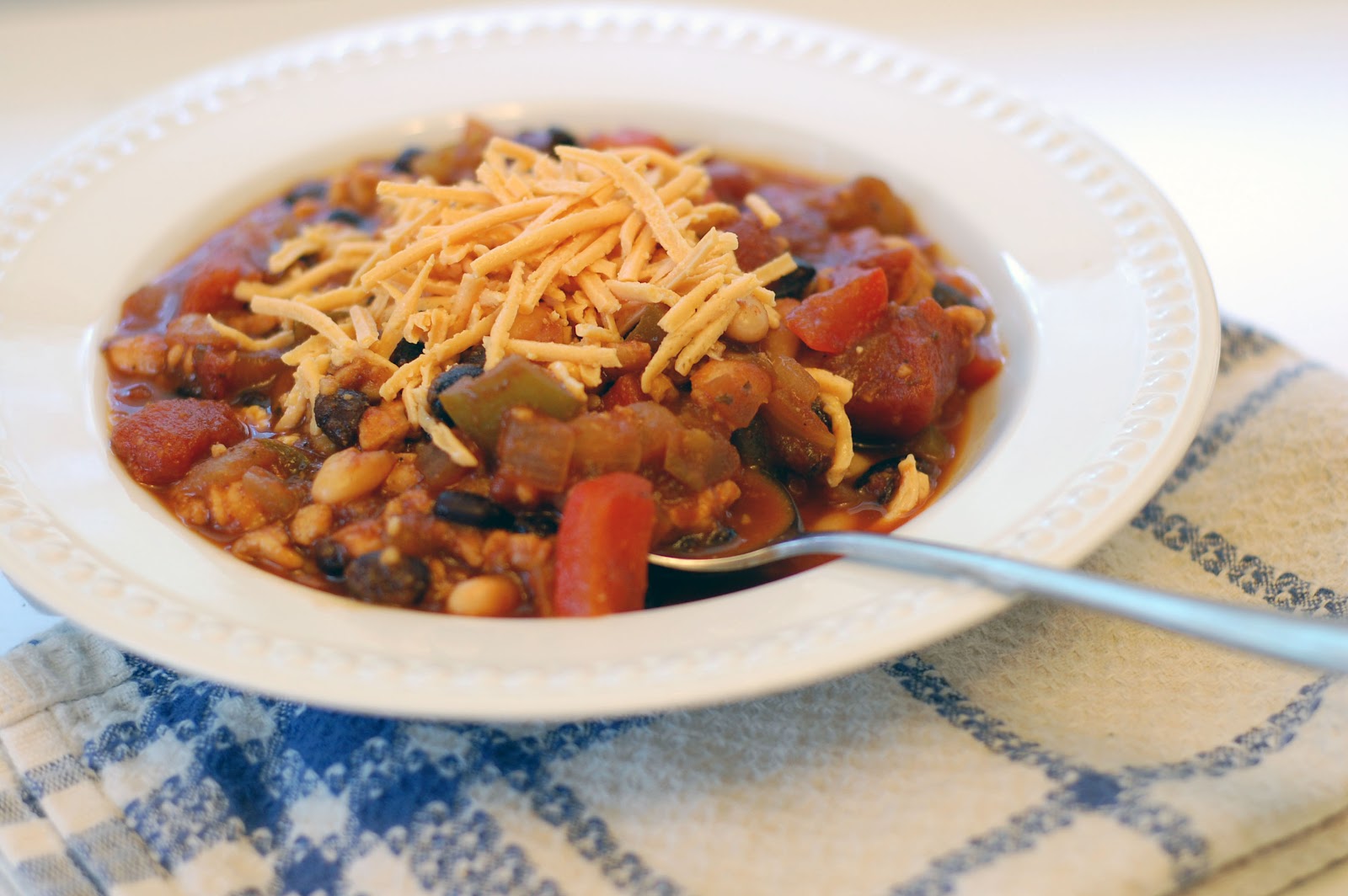 As usually, it's topped with lots of melty, gooey Daiya Vegan Cheese. And it might not be fall (or anywhere close), but this certainly seemed like the perfect dinner tonight.

Are there any cold-weather dishes you've been craving this summer? Do you make them anyway, despite the heat?