By Heather Iacobacci-Miller September 06, 2012
Morning Run & Midday Lift
This morning I opted to do an easier run with Jason rather than push myself with 800's with my running buddy. My foot feels a little less achy, but I didn't want to chance it any more than I already was with a run period.

The plan was 3 miles. This meant we could "sleep in" until 5:15-ish. Hey, I'll take what I can get ;-) Of course, this was the one morning this week when I was sound asleep and the alarm very rudely interrupted that deep sleep.

It was another hot, muggy morning. But at least it wasn't a long run...that's what I reminded myself of anyway. It was a pretty good run for the most part. We kept it basic. As flat as possible. The overall average for 4 (yes I did 1 extra mile) ended up being a 9:08 pace.

Considering how the heat/humidity has been affecting my breathing and perceived exertion level, I'll take it. We actually had negative splits. The first mile was a super slow one (the wake-up mile) at 9:37, then it increased steadily to 9:08, 8:59 and finished strong with 8:44.

We have a cool front moving through sometime tomorrow. Tonight's "low" is around 76 but Friday night looks like it might be 67 (depending on which station's forecast you believe). I'm thinking 70 degrees sounds much more pleasant for a long run than starting at 76 at 5 am.

Long story short, I ran today with plans of resting tomorrow and getting in a more pleasant long run on Saturday. That's the plan anyway.

During lunch I went ahead and got in a quick weight workout for shoulders and back. For the past week, I've been supersetting one muscle group then doing a dropset for that same muscle group before moving to the next. Example: 3x8 for lateral raise and front raise. Then dropset starting with 6 reps then 8, 10 for shoulder press.

I will say that it feels more effective for shoulders, tricps, and chest. But I am not feeling it as much (as in not really sore) for biceps and back. I know being sore isn't a surefire indicator of effort of course. Anyway, it makes for a pretty quick workout and fatigued muscles. That's a good thing.

Kale Cravings
The idea of dinner tonight was pretty easy for me. I've been craving roasted kale and had plenty in the fridge that needed to be used. That means tonight was a Roasted Kale, Tofu and Veggie Salad with Creamy Roasted Red Bell Pepper Sauce.

Again, too hot to be thinking about using the oven, but sometimes cravings trump sensibility. Plus, this is one of those easy dishes that you just roast everything and then toss it together for the most part. The tofu can take a little longer, but you can easily substitute pre-cooked or beans.

The sauce is as easy as tossing ingredients into a food processor and blending away. No cooking involved. Maybe a little messy because I always make a mess with liquids and a processor. Lots of drips and drops. It's be smart of me to put a paper towel underneath huh? 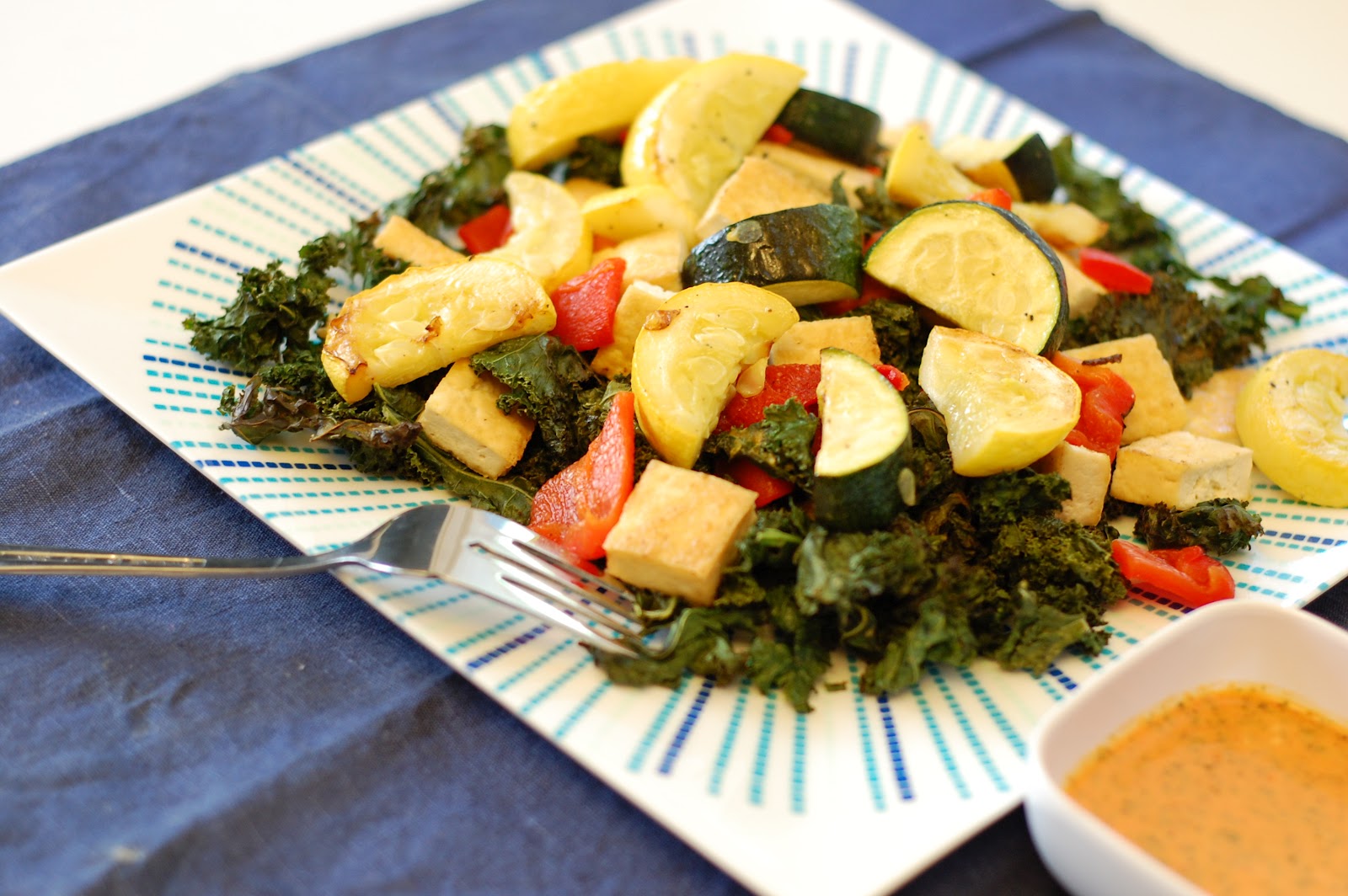 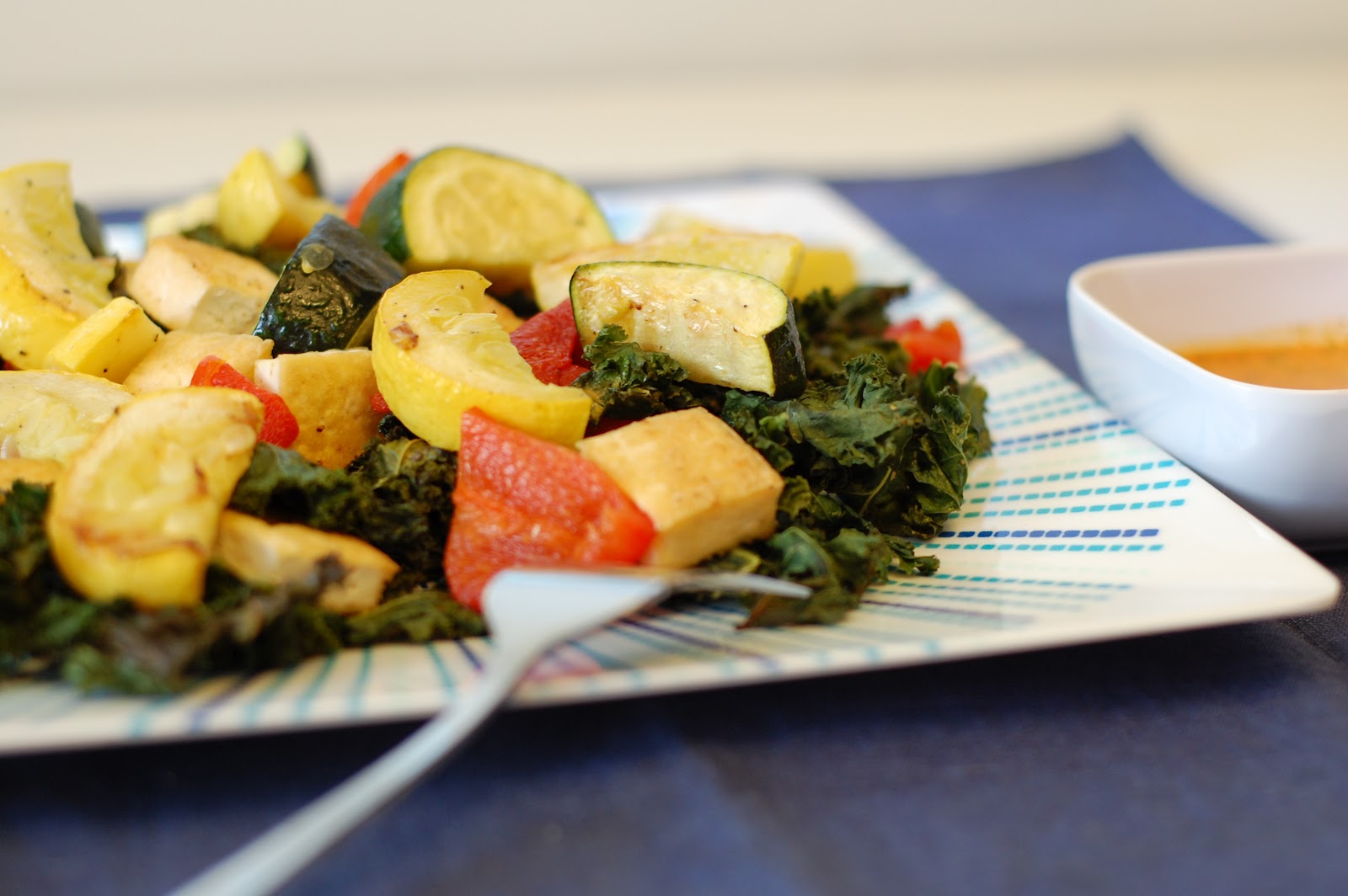 Anyway, just another dinner repeat. I promise to get creative again one of these days.

Nail Art?
And speaking of creative, or just too much time on ones hands (literally in this case), can someone explain what's up with the inundation of fingernail art on Pinterest?

Some of it is kind of neat. Some is extremely garish. Some very childish. Sorry but no adult needs Hello Kitty on her nails. But the point is, who on earth has time to do that? And if you're paying someone, then I need that job to be able to afford it.