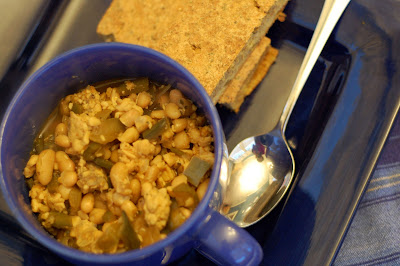 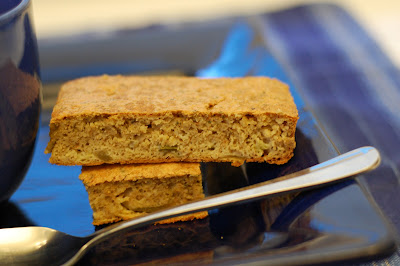 I promise it tastes way better than it looks!

Running Time Change & Fast Stir-Fry
Tuesday morning I simply could not drag myself out of bed to meet my running partner. I feel totally lame, but it was cold (42 degrees) and so very very dark. I'm ready for the time change so maybe getting up won't be so painful.

I had thought about getting in a run at lunch perhaps, but then Jason said he'd run with me if I waited on him to get off work. 5:30 pm running? I've been doing 5:30 am since May so this was a huge switch in the schedule to say the very least.

There are some pros to waiting until midday or after work. For starters, it's light outside. No worries about tripping and falling or strangers lurking, hidden in the bushes. The one big downfall is that there is more traffic. That means frequent (and longer) stops at intersections. It also means you're fatigued from a full day at work. In the morning you're just groggy. There is a difference.

I had intended the run to be on the easier side. I think part of my hitting the wall is coming from pushing too hard during long runs. What happened was the run ended up being more of a hilly temp run. The first 2 miles were at an 8:50, but then we ended up falling into a faster pace. Not necessarily intentionally, but just going with it. So 6 miles ended up being under my goal race pace for my half marathon giving us an 8:44 overall average.

Do you find that you change your workout times based on the season changes?

With later runs or workouts come a much later than normal dinner. I had plenty of time to make some brown rice before Jason got home. And then I threw together a super quick stir-fry after our run. I took the help of frozen veggies and Light Life Spicy Sweet & Sour Cutlets.

I had picked them up on clearance just for purposes like this - definitely faster than pressing, marinating, then cooking off tofu. (Do note that they are not vegan as they contain egg whites.)

Jessica (and her hubby) for taking on their first marathon this weekend - the Chicago Marathon.

Lindsay for taking assisting in Operation Sherpa - Get Jess her Healthy Bites!

Heather for running the Chicago Marathon with her sister.

Jolene for being the onsite sherpa for her sister and brother-in-law. And for stepping back ;-)

Sarena for successfully getting me addicted to her chickpea oat flatbread.

Betsy for infusing some humor into that crazy thing we call taper week.

Amanda for reminding me that you sometimes must resist that temptation to add on those extra miles.

Your turn - who do you want to give a shout out to?