Family, Friends and a White Christmas

By Heather Iacobacci-Miller December 26, 2012
I hope everyone had a wonderful Christmas. I decided to take a bit of a blogging break. I sometimes think that bloggers need to remember to do so more often, especially during the holidays. Log off. Live. Enjoy.

That's pretty much what I did. Sunday we spent the day in our hometown for the family "Christmas" day festivities. We started off at my sister's house around noon. The menu was a Mexican theme - tacos, taco salad, that sort of thing.

The kids were pretty much too excited to eat, but they were forced to endure lunch then pictures before presents ;-) Evil evil right?

I think they ended up being a-ok with the delay getting everything they wanted, including their Uncle Jason helping them assemble some crazy complicated Lego deal. When did Lego's get complicated by the way?

A and C decided they wanted to ride with Uncle Jason in our car to our dad's house. Though, Jason was planning a fast stop at his parents' house. The kiddos were excited to meet his mom and dad, but my sister and I missed that memo so were confused when the kept going and missed the turn off to our dad's house.

Dad's was good - traditional Italian fair like spaghetti and meatballs. Ok, it's not so simple now. Dad makes meatless sauce for me, gluten-free meatballs for my sister then regular for everyone else. God love him for trying so hard for his crazy daughters!

Monday was a little more low-key. It was another beautiful day though - sunny 60's. We met up with dear friends for lunch. They were in town from Baltimore with their newborn. It was a wonderful lunch with even better company.

We ended up picking up a Thunder Shirt for Heath while we were in the shopping center; they have a doggy shop there. Oh, and I found some great deals at DSW - Merry early Christmas to me LOL.

Heath loved loved his Thunder Shirt. He was so excited when Jason put it on him. Then Maddie got jealous so we put her sweater on her and she felt just as special. I swear, they're like children. 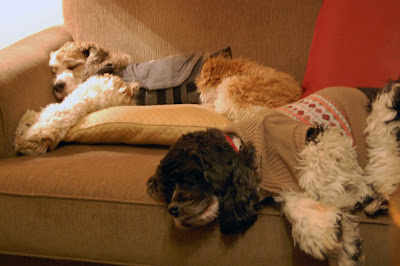 I'm so glad we got that shirt when we did. We ended up having storms then ice, then snow (as in 10 inches) Tuesday (Christmas Day). We pretty much never get snow, so even the slightest bit sends everyone into a tizzy. Store shelves are emptied and people are ready to be snowed in for days on end. 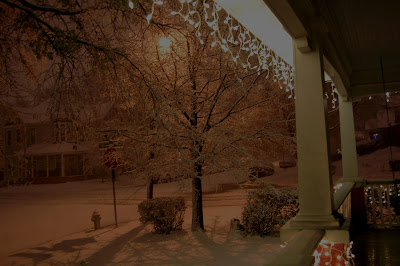 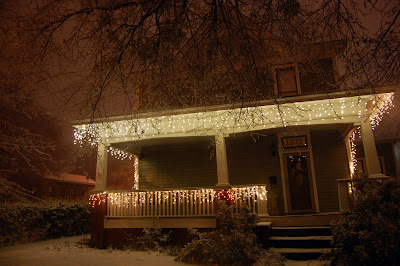 What happens often is we get lots of ice, power outages, slick roads and minimal snow. This time we had the ice, outages, trees down, slick roads but then the snow came, and came, and kept on coming down. It was beautiful and so peaceful. But I was lucky to have electricity and heat and feel so terrible for those who didn't (including some of my friends).

The snow was so crisp and vibrant this morning. Maddie loves it, Heath...not so much. 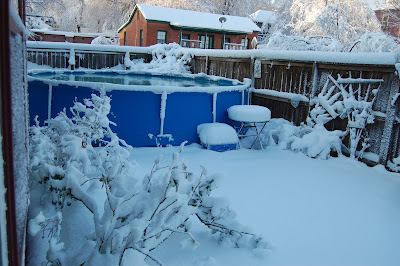 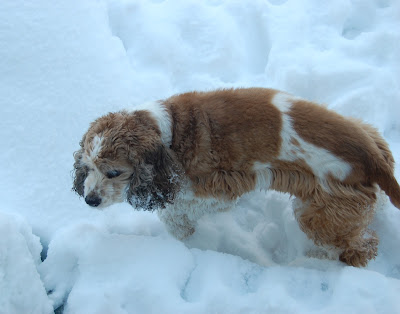 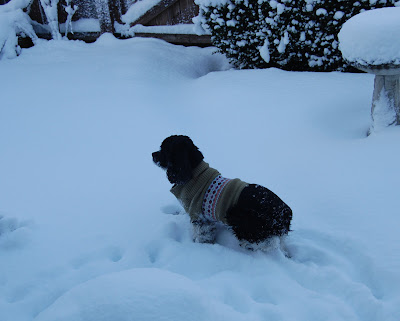 I won't make this post any longer than it is. I was supposed to have my hematology appointment today, but not sure if it'll be canceled due to the weather and road situations. I hope everyone is safe and warm wherever you are!