Starting Over and 1st 5 by 5th

By Heather Iacobacci-Miller January 07, 2013
This weekend I completed my first 5 by the 5th run. I think that might trump just about everything else that happened over the weekend. Though I did enjoy a nice lunch with Jason on Saturday then a girls' afternoon of shopping and eating with my bestie. AND I got to run again with my running buddy. It was a pretty good weekend ;-)

Before I found out I had this blood clot, I signed up for the 5 by 5th Virtual Run Series that Laura from Mommy Run Fast has put together. I was worried I wouldn't be able to participate (at least in January), but luckily I got the ok to run, and now I have a goal to work for each month. 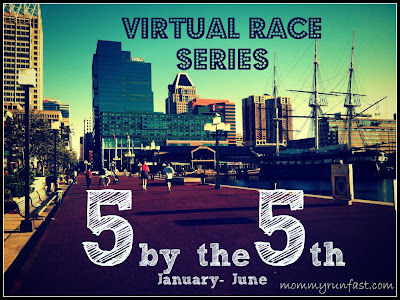 I barely made my 5 by the 5th this month. But am so thankful that I was able to do it! 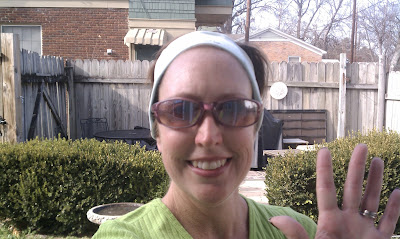 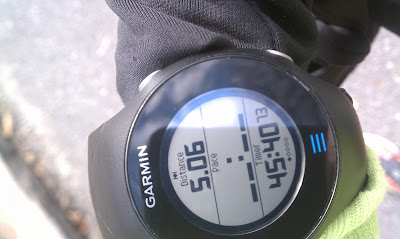 It was hard. I had to stop a few times to recover. And by stop, I mean literally stop and stand around for a few seconds. Let's just say that I welcomed busy intersections for a change. But I was giddy afterwards from the accomplishment. Having an injury or illness that prevents you from running or working out can be humbling to say the least.

I feel like I'm starting over, and that can be frustrating. Before the clot, I had worked my booty off to increase my speed and keep up some pretty decent weekly miles. I was consistently running around 35 miles a week with a double-digit long run.

I was really proud of my new "comfortable" pace and was able to sustain that for 8 miles. Now? I can't manage that pace for even half a mile let alone 8 miles. Actually, I can barely manage more than 2 miles without a break for that matter. Sometimes not even a single mile.

I know that the clot is the biggest issue. It's causing me to have major shortness of breath, almost like an asthma attack actually (I noticed that that can also be a side effect of the medication as well). But no inhaler can fix the problem.

My legs feel heavy and I'm absolutely fatigued to the core. 1 mile feels like 3 miles, 5 felt like I'd run a PR'd half marathon. Humbling. I guess this is what it feels like to most people just starting to run. I can see why it'd be easy to give up and declare a hatred for running.

I've had to start over after injuries twice before. But this feels so much harder than coming back after an injury. Not being able to breathe is such a frightening (and frustrating) feeling. It's like your body just isn't functioning for you any longer. And when you've seen yourself as fit and healthy, then it's like a huge blow to your world.