By Heather Iacobacci-Miller March 01, 2013
This might seem to be one of those randomly out of nowhere posts. I suppose it is. But, it is Fun For Friday so that's a-ok right?

Yesterday, while in the restroom at work, I started thinking of some of the odd quirks I have about public restrooms. Yes, I'm sure you're thinking I'm certifiable right now. But, I know some friends who even refuse to use them period.

I've noticed I have a certain pattern and that there is definitely a restroom etiquette that some people don't seem to understand. I guess they never got the memo. Now, if you're one of these people I list below, I promise I still love you! 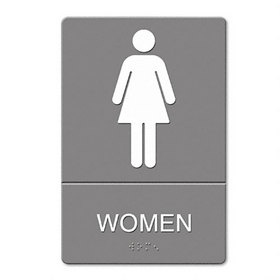 Public Restroom Quirks
Ok, your turn. Any restroom quirks? Do you talk on the phone on the pot?