By Heather Iacobacci-Miller March 18, 2013
This weekend turned out to be pretty fantastic. The weather on Saturday was simply perfect - sunny, right around 80 degrees. Perfect weather for spending the day outdoors.

I started my day of outdoors with a run. It was already 60 degrees and crazy windy. In other words, I was hot and ticked at the wind. I know it's totally irrational to curse wind. But I do; I did. Out loud. The run was good, but hard at the same time. I am always amazed at how hard running is after just taking about 12 days off. That doesn't seem like much, but somehow it is.

But, I soaked up the sunshine and enjoyed all the newly blooming trees, bushes, flowers. Though, I should have planned my route better. The return was all south and west. Guess which way the winds were blowing. 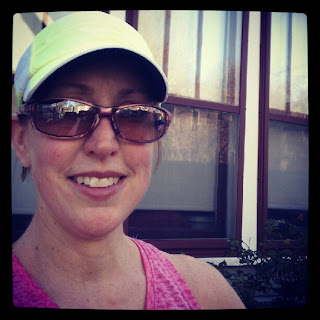 Next up was a St. Patrick's Day parade and block party. We had friends going downtown to watch the parade (they have kids) and we thought we'd meet up with them and just enjoy the day. The parade was ... well ... different. No floats. Lots of cars, motorcycles or just random people walking and dressed up in green.

We headed over to our favorite Irish Pub - Dugan's and finally managed to snag a table. It took a while though. We ate and then stepped outside for the block party events. 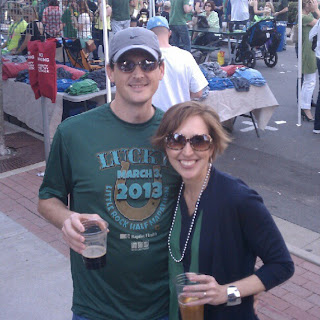 There was some live music, several vendors and such. But it was more about being outside and visiting with friends really.

Did you do anything for St. Patrick's Day?

Since we celebrated on Saturday, Sunday was much more low key. It was also 30 degrees colder and raining. I did get in a leg workout and lots of studying. We ended up going out for pizza then spent some time playing pool at the house. I should have done chores, but pizza and pool was much more fun!