Great Weekend to be Outside - Running, Riding, Falling

By Heather Iacobacci-Miller April 15, 2013
We finally had a weekend that was full of gorgeous weather. Not just one day, but both days. It wasn't too warm, either, so it actually felt like spring.

Jason decided to run with me Saturday morning. He's not been running much, so he was going for 5 miles. I planned on getting in another 3 after he dropped off at the house. I ended going for another 5 though. My first double-digit run since my half marathon (aka foot blow out) on March 3.

It was one of those run-all-day kind of runs. Everything was just clicking and it felt great. My foot held up as well, so that made me feel incredibly accomplished. After the run, I decided to do a little yard work in the form of trimming hedges. Holy back pain. Running 10 miles then trimming hedges is probably not the smartest move.

But, I rewarded myself for all my hard work of course! We hit up Pizza Cafe for pizza and to enjoy their nice patio. Perfect spot for relaxing and just enjoying the fresh air.

After lunch, we decided to take the dogs over to a new dog park that's right near our house. Actually, it's the park I run through every week. It's really a nice area. They've done a great deal of work recently to make it nicer for everyone. There is a pont where people fish, a playground for kids, and now this new dog park. 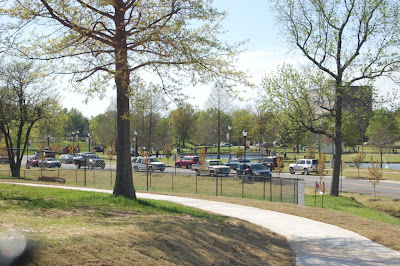 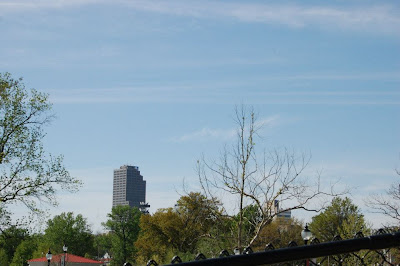 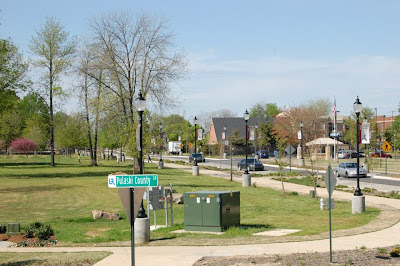 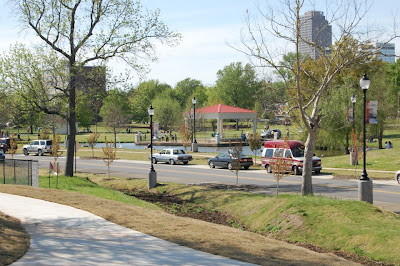 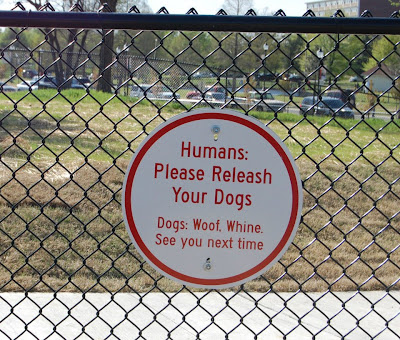 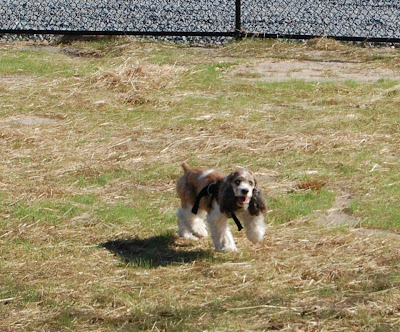 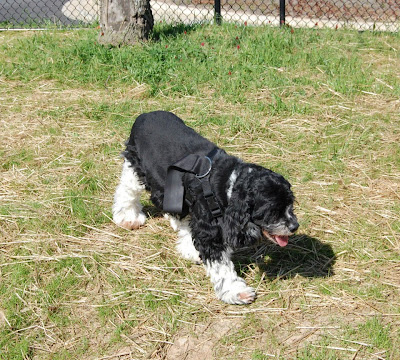 I think the dogs had a nice time. It's really fun to watch Heath out running around, not a care in the world. I don't think he realizes he's blind or sick!

Sunday morning we decided to pull my bike off the trainer and go out for a ride. This would be my 3rd time on my bike out on the roads. I was a little nervous, but also looking forward to it. 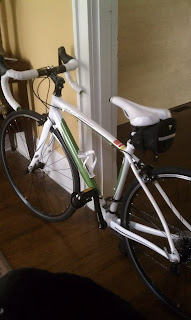 It was intermittent clouds, which helped keep the temps down. We road out towards a park where I used to go in order to get in my long runs. It's amazing how much faster that trail goes by on a bike ;-) The return was sort of a bummer though. We were hitting major headwinds all the way home. So not only getting tired from having been riding for over an hour, but now having to work even hard against the winds and hills.

We were about a mile from the house, and I got stuck in between some trolley tracks. There was a car behind us, or I would have just stopped and gotten off my bike. I'm still not really adept at sharp turns and such. Jason said I'd have to cut it really hard to get over the tracks. He'd warned me about getting my tire stuck in them back on our very first ride. So I've had this nagging fear of them.

And here I am stuck, with a car behind me clearly ticked that I was in his way. He kept edging up really close, at one point tried to pass in a turn-only lane. So I went for it and also went down. Thankfully, I caught myself so no open wounds. That was the first thing I looked for - blood.

Then my next though was how pissed I was at myself and at the guy in the car who zoomed past me as I was laying in the road. Yep, didn't stop to check on me, nothing. He drove up less than a block and stopped in front of  a hotel and let the valet guy take his car. I sure hope karma bites him soon. Maybe someone will key his precious vehicle.

Anyway, 27.85 miles and my first fall, oh, and a severely bruised ego. All in a day's work right?

How was your weekend? Were you able to be outside and enjoy some nice weather?