By Heather Iacobacci-Miller July 15, 2013
I would love to talk about how relaxing the weekend was, how much time I spent in the pool, but that's not exactly how it was. We're still contending with the cabinet painting fiasco right now. The project was started on July 4 and now it's July 15.

I will say, that we did do ourselves one huge favor on Saturday - we went to the lake with Jason's brother and his family. While we should have been painting, we both desperately needed to get away from that project, step out of the stress zone, and just try to enjoy and relax.

Of course, we had to come back home to the upheaval which is our kitchen. I should start from the beginning: I had this brilliant idea to paint our cabinets white. I found a kit by Rust-Oleum - Cabinet Transformations in Pure White. I read reviews, and they were mostly good. I found it on sale at Home Depot and convinced Jason that we should go for it. He read reviews as well, and he agreed.

The kit came with a de-glosser, no sanding required. It also had a DVD, which he watched, and instructions. After the de-glossing process, you then paint the cabinets with a "bond" coat. It was supposed to cover in 2 coats. It did not. Nowhere even close. And this bond coat is nothing more than a primer, Zinsser to be exact.

I was digging in the box looking for the paint. It does have a decorative glaze, which we chose not to use - not that it would have made a difference because the paint simply hadn't covered the cabinets to begin with. The only other can was a top coat. I assumed it was the paint. It was not. Nope, just what it says, top coat. As in a clear coat. Clear coat over primer? 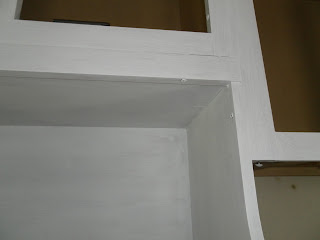 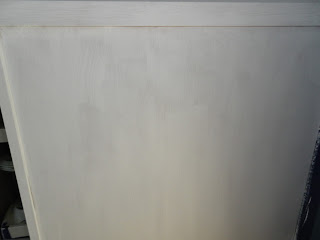 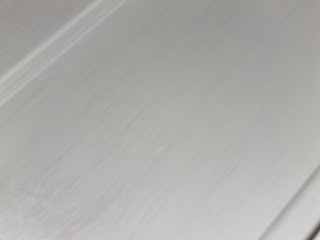 We were frustrated with the whole thing by this point. We would have to use another kit and all we needed was the "bond" coat. In my mind, if it says that it only takes 2 coats, I should not have to purchase a second kit just to finish coating the cabinets. I started reading more reviews and found many reviewers mentioning that it took at least 3 coats to cover. I call that false advertisement.

I also read many people saying that Rust-Oleum held trut to their 100% satisfaction statement and refunded the cost. So, I set out to try to contact them. Easier said than done I must say. My first attempt calling was unsuccessful - on hold over 10 minutes and never got anyone. The email/contact link on the Transformations specific page is broken. I finally found a customer service form and filled that out. This was last Monday.

Tuesday I finally got someone on the phone. After 20 minutes of arguing about which product I had, she finally asked me to email pictures, which I did immediately. Then no reply. I emailed her back Wednesday just following up. In the meantime I had tweeted (no reply by the way). I finally posted on their Facebook page. Finally someone responded via Facebook and then the girl finally replied to my email that they would refund my money, and I just needed to send a copy of the receipt, which I did immediately along with my address information.

In the meantime, I finally get a response on Wednesday morning from the online form I had sent Monday. I told them who I was in contact with and that file number. Saturday I get another email saying they had followed up on the interaction with this one particular girl I was sending pictures and receipts to. They said my refund was pending my sending the receipt. Yep, the receipt I had sent Tuesday.

I copied myself on all emails with Rust-Oleum and have proof that I did send that receipt, I hadn't accidentally forgotten to attach it. But even if I had, then she should have said, oops forgot the attachment. Instead, there is no reply, no confirmation. Nada. I'm just being told by someone else that I need to send it.

In the meantime, Jason and I decided to use the trim paint we had on hand to finish this project, and it's turning out wonderfully. I could have saved a whole lot of time and frustration (and money) if I had just skipped the kit and done it the old fashioned way.

Have you ever had a project blow up in your face? What about poor customer service? How do you handle it?