By Heather Iacobacci-Miller August 05, 2013
Show of hands if your weekend went by too quickly!!! I know mine sure did. It was busy, but good.

Saturday morning I laced up my new kicks - Mizuno Wave Rider 16's - and set out for a run. I'll admit that I ran a mile more than I had planned. It was mostly because I miscalculated the distance on the route I chose. 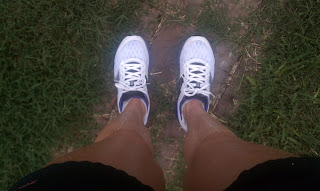 I quickly got cleaned up and we headed to the lake to spend time with the family. It wasn't a super sunny day, but sometimes that's ok. It definitely helped keep the temperatures down. 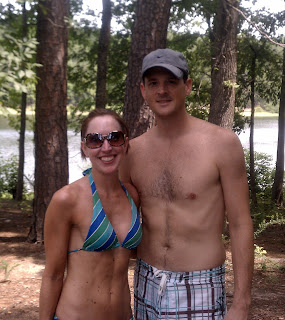 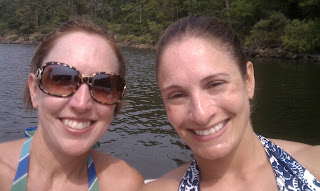 The rest of the day was fairly lazy. That's not a bad thing at all. We made up for it on Sunday though. We went for a short bike ride than what we've been doing. We had to meet up with a friend, so time was a little restricted.

We had errands to run then a late lunch before heading home and tackling the home office. We found a table on the side of the road Friday morning, so we set that up and started clearing out TONS of crap that's just accumulated and found itself piled up randomly in the office.

Next on the list for that room will be re-painting the table and a bookshelf. I'm kind of excited about finishing that room out finally. I mean, it's only been 12 years since we moved in ;-)

How was your weekend? Lazy? Productive?