My Own Half Marathon

By Unknown October 07, 2013
Saturday morning I got up and headed out for a 12-mile run. My plan was to do about 3-4 miles in my Newton's, lap back by the house and change into my Mizuno's then grab my water. I am so tired of lugging around my water for runs of any length.

It was already crazy humid and about 75 degrees when I set out on the run. I knew I was pushing my luck not carrying the water, but I was being stubborn about it. I fell into a great pace and rhythm and ended up doing just over 6 miles before getting to my house to change shoes.

Oddly, I wasn't as thirsty as I thought I was going to be. I figured I'd made it 6 miles without it, I could drink up then go another 6. Switching into totally different shoes makes you feel really wonky at first I must say. I kept reminding myself to "pick 'em up and put 'em down."

Finally, I hit my rhythm again and my speed was increasing. Part of me had that inner struggle of slow down, no don't, just go with it. I chose to go with it. When I hit mile 12, I realized I was running at my last half marathon race pace, a PR race for me. So the inner competitive side reared her head and I decided to finish what I had started - 13.1 miles at just 2 seconds slower than my last race. Talk about giving yourself some invisible high 5's! 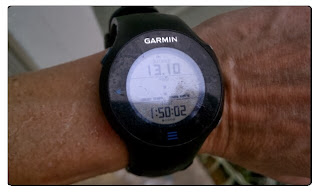 The best part was that I felt great. I definitely re-hydrated like it was my job. I donned my compression socks the rest of the day as well. 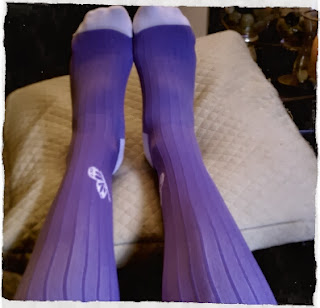 The day was mostly lazy after the run. It ended up finally raining so it was a good day to be a little lazy. I did make some bread and changed over laundry at least.

Jason had a long run planned as well. He ran part of that with a friend. We were both famished so we stuffed our faces for a late lunch. Then he ended up going to watch the football game with a friend.

Maddie kept me company as I held down the couch. 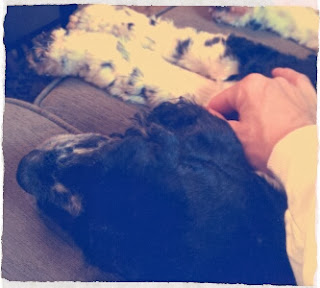 Sunday we woke up to totally different weather. It was only 50 degrees, low humidity. Simply gorgeous. We decided to go for a bike ride. Riding the day after a long run can be a good thing. It helps loosen up your muscles and is low impact.

However, Sunday's new front also brought along some insane winds. You know you're riding into serious headwinds when you have to actually pedal to go DOWN hill. 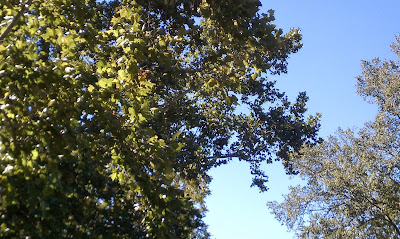 Let's just say my quads were totally fried by the end of the ride. But, it was still worth it. It was a great day, and nice spending time with Jason like that. After another way-too-late lunch, we took the dogs to the dog park to run around. I brought my good camera along but then the battery died so no pictures unfortunately.

This morning I kicked off the week with a good 7 mile run. It was very refreshing to step outside to 50 degrees I must say. And of course I over-dressed as I always do on the first few colder runs of the year.

How was your weekend? Do you ever get weirdly competitive with yourself?