By Unknown November 18, 2013
I know most people start the week on a Monday. I tend to start my week on Sundays. It's my workout week really, but I see it as the real week now too. I don't even know why I started my workouts on Sundays vs Monday. Sometimes it's best not to think too hard about stuff like that.

All that was said just to say that I kicked off my Birthday Week on Sunday in style. Saturday I had gotten in a really great 12 mile run. So, Sunday needed to be a slower, recovery run. I convinced Jason that he wanted to run 6 miles with me. He really didn't.

It was crazy warm, humid and windy. It was 73 degrees when we started the run just to give you an idea of how crazy our weather has been. The wind was straight from the south and brutal. For me, it wasn't a horrible run. I rather enjoyed it. Mostly the company I suppose. Jason would probably disagree about enjoying the run though. He was fairly miserable.

After the run, we cleaned up and had errands to run and he needed a haircut desperately. After all the necessary errands were taken care of, then it was on to something far more fun.

My sister was supposed to join me and my friend Cris. We bought tickets in the spring as soon as they went on sale. Sadly, Sarah ended up with strep throat and couldn't join us. Luckily, another friend was able to go though.

We met up at a new-ish restaurant called The Fold. It was the first time there for all of us. Pretty fun, funky little place. It used to be a gas station and garage. Since it was so warm out, they had the old garage doors opened up. They have very fresh tacos, burritos, and small plates. We'll definitely go back and try out more of the dishes. I loved that they had several vegetarian potions including a beet carpaccio.

Cris' husband dropped us off at the arena. Luckily it was 80 degrees because standing in line in the cold waiting for them to open the doors would have sucked. We got in pretty quickly once the doors opened. We found our seats - fantastic seats just off the floor so we had better views and were still incredibly close. 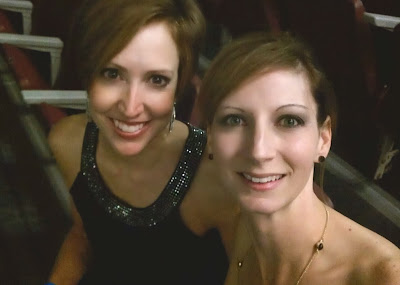 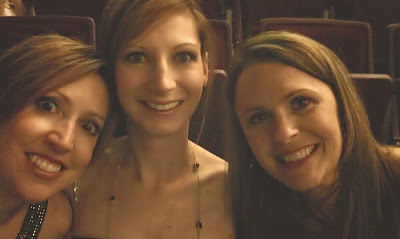 We spent the next few hours jumping, dancing, singing and cheering. Round 2 cardio essentially. To say that the concert was amazing is simply an understatement. It was more than just a concert, it was a full show. And an incredible show at that.

I walked out grinning like a fool. It was definitely worth every penny and one of the best ways to kick off Birthday Week if you ask me. Hard to really beat an awesome concert with some super fantastic friends.

Do you celebrate Birthday Week? What's the best concert you've been to?

Today I ended up going to my hometown to visit with my mom. It was a beautiful day and another upside to Birthday Week. Saturday I'll get to round it out with an early Thanksgiving Lunch with my dad. So, more family time. I think it's going to be a good week.