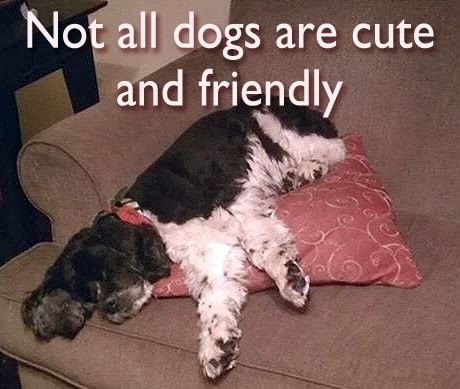 This morning started off like most mornings when I run. I begrudgingly get out of the warm bed and stumble into the bathroom to start the process of layering up. I guess I should say this is typical for winter mornings.

It always seems to take so much longer to get ready for a cold weather run. And then there's the debating on whether or not you're over- or under-dressed. I often pull out several options even. Once I'm finally settled on my attire (or just tired of over-thinking it), I'll head downstairs to let the dogs out. I will drink some water, maybe check email, Facebook, Twitter. Just trying to wake my brain up.

Then I'll start the process of putting on all my gadgets and gear. I affix my blinking lights, buckle on my SpiBelt, make sure my mace is securely attached to the SpiBelt, tuck my phone into a baggy then into the SpiBelt pouch. Gloves go on, Garmin goes on, and I'm off to face whatever the weather and wind throw at me.

As a runner, I am very accustomed to doing my very best to be as safe as possible. I always try to make myself as visible as possible. I like to vary routes and even my time even if it's only by 5 or 10 minutes. I try to run in areas that are as well-lit as possible. If I see someone and my gut says to backtrack or take another road, I do. I also always carry mace.

As a female, not just as a runner, I think it's important to carry mace. But sometimes, that mace isn't just for a person. No matter how prepared we think we are, you never know what might happen during any given run.

Oddly enough, I've been far less frightened from people as I have from dogs. We've had packs of stray dogs roaming our area. That always puts me on high alert, and I always go a different direction when I see them. But then there are those dogs that get away from their owners. For the most part, they're friendly. They want to check you out, play along with your running game.

When I see one of those dogs loping towards me, I stop. Usually my fear is that they will follow and end up getting hit by a car. The owner typically comes out, calls their dog, apologizes laughingly, and the dog lopes back home.

However, there happens to be one particular lady in our neighborhood who has a dog that is most definitely not a friendly, happy pup. The first encounter with this particular lady and her dog was probably a year and a half ago. Jason and I were running along, he saw the dog and tried to be friendly. He probably said something like, "Hi puppy." And we waved at the lady. However, she did not return a friendly smile or wave, and neither did the dog. In fact, she stopped and had to yank on his leash pulling him back with both hands. She very flatly said, "He's not very friendly." Um, ok. Wow.

Amy and I have run past this super friendly duo many times. And she always has to grab and yank at the dog as he tries to lunge at us. Sometimes he barks, sometimes not. Either way, we find ourselves veering towards the other side of the street.

On dark morning, she was trying to load something into her vehicle, holding the leash of this fantastically friendly dog with one hand. He barked and lunged. She had to drop what was in her arm to grab the leash with both hands to get control. Trust me, my hand was reaching for my mace that morning. We took off as fast as we could to get away from the situation. Hearts pounding, both cursing the lady more than the dog. It's obvious she has almost no control over him and he's a loose canon.

This morning, we were chit-chatting away when, without initial warning, out of the dark, the dog charging at us with his leash flapping wildly behind. Immediately we both stopped and in seconds I had my mace in my hand and was whirling around both preparing to spray him and bracing myself for the attack. He was very much coming right at my legs. I yelled, "No!" Amy yelled, "Back off!"

The dog was clearly startled, thankfully. The owner didn't try to call the dog until AFTER she heard us yelling at him. I never saw her even. But thankfully he did turn and ran back into the yard. She never showed her face. Never apologized. We took off as fast as we could.

Thankfully, our first reaction to freeze is what is suggested when dogs do appear as if they may attack. However, I read that you shouldn't yell. But I honestly think that the very firm, very authoritative "Back Off" actually was the stopping factor for this particular dog.

I did find this article (recommended from Cesar Millan's site actually) How to Handle a Dog Attack. It has some pretty good information, I think. It also demonstrates when a dog is likely to be in attack mode vs play mode. The direct charging is definitely attack mode.

I do realize that when a dog is charging at you, everything happens lightening fast. But, I think it can be important to at least know, in advance, some tips for thwarting an attack. If you know the "rules" hopefully you will execute them, or at least some of them, if something does happen. *And I should add, always carry mace! 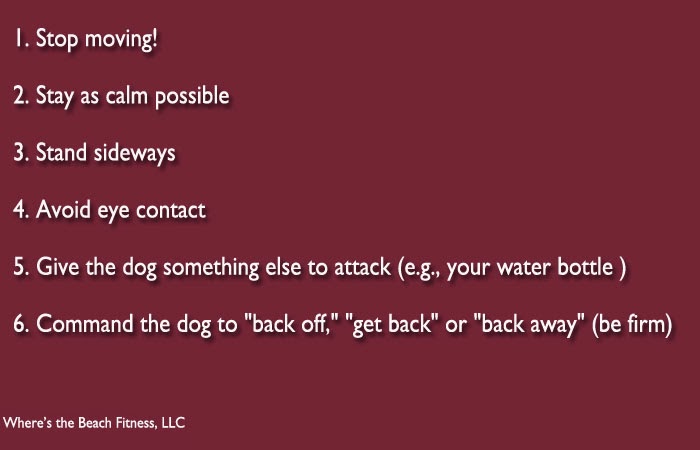 And, if the dog continues to try to attack, read here for more tips.