Internal Pressures to Out-Do Yourself 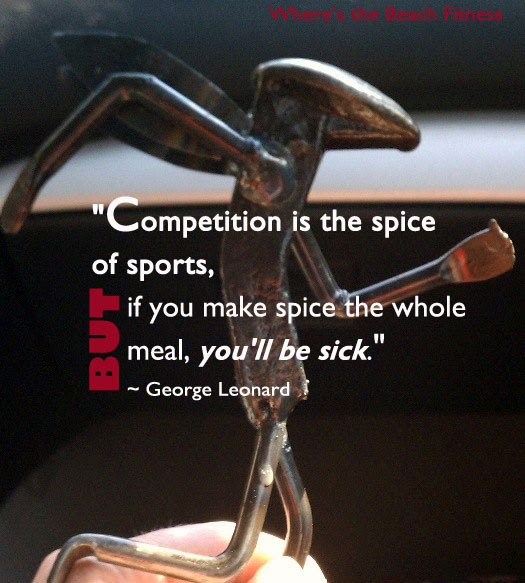 This coming Sunday I will be running in the Little Rock Half Marathon for the 4th time. I ran this race as my very first half marathon in 2010. I was nervous beyond words. I had trained hard though, and that training paid off. I finished my first half strong at 1:54. I was beaming with pride. I had done something I never thought possible. It was an accomplishment greater than finishing my MA to be honest.

I went on to run my second half marathon that October - Soaring Wings. I was starting to experience piriformis issues. I even had to walk once during the race. And, I was ill-prepared for the hills. My time was slower than I had wanted and expected. But I was still proud. I was still doing something I never thought I was capable of accomplishing.

If you haven't followed my blog for long, a quick back story is that I grew up with very severe asthma. There were times when I was a child when I was carried down the hall because I couldn't catch my breath to even walk to the bathroom. Fast-forward many years and lots of medical breakthroughs and you have singulair. It's been my life-saver. It's how I am able to control my asthma. It's how I am able to run.

I continued to have severe problems with my piriformis, then I began to experience plantar fasciitis in my right foot. This actually side-lined me for 6 weeks. I went to physical therapy. I went through Graston treatments. I was desperate. But I had signed up for the Little Rock Half again. I even convinced Jason to sign up and run his first. I felt defeated. I also felt determined.

Again, I ran Soaring Wings, but my time was improving. I had started running with my friend Amy late that summer. She's fast. I had to keep up. End of story. I also knew what to expect from the course. However, I was starting to have issues with my left foot now. It felt like it was always something.

By the 2013 Little Rock Half, I was very much injured yet again. Also, I was still recovering from a blood clot that I had been diagnosed with in December, a clot that prevented me from running for over 3 weeks. A clot that changed my world as I knew it. You see a pattern with this race yet?

I ran with my heart that day. I fought through searing pain in my foot. Amy was a rock for me and helped me along. My Garmin died; I had no clue of my pace; I hurt. She was sick (flu and didn't know yet) but was in much better shape than me. We had already discussed her going on and leaving me if she could. So, mile 10.5 she moved ahead and I hobbled. I slowed down enough so that Jason actually caught up with me. He helped me to the end. My plantar fascia was torn. I couldn't walk on my own, but I crossed with a PR of 1:50.

After lots of research, self-therapy, sheer determination, I came back with a vengeance. Soaring Wings 2013 I not only PR'd but I PR'd by over 10 minutes coming in at 1:39:56, good enough for 4th place in my age group.

I decided to sign up for a different half in December - CASA Half Marathon. It was a flat course. I ran ... no I once again flat out raced. I pushed and pushed and pushed until I didn't think I could take one more step. Then I crossed that finish line with another PR at 1:38:18. That was good enough for 4th overall female and 1st in my age group. But it hurt. I had given it all I had physically and mentally.

Last minute, I signed up for the River Trail 15K that my husband and friend/client were doing. I figured I was already going to be running a minimum of 9 miles that day. Again, I pushed myself physically and mentally. I finished with 1:10:46 giving me 4th in my age group. Again, I was utterly spent. It took all I had to keep moving that day.

Where am I going with all this rambling? I don't know that I want to push like that for the next race. Does that mean I'm copping out? Am I taking the easy way out by saying, "I just want to enjoy the race?" Maybe part of me is convinced I can't get another PR. This course is tough. It's been my nemesis. But maybe it's ok to not always feel like you have to out-do yourself with each race. Smarter? Or still an excuse?

My race times prove that it's not always been a linear path to getting faster. I've gone up and down over the years. But now I feel myself putting un-necessary pressure on myself. Deep down I know I can PR again. Deep down. If I REALLY want it. Or maybe not?

How do you handle the internal pressure to always out-do yourself?