By Unknown February 05, 2014
Yesterday we had another round of potentially bad weather moving through. The forecast said that sleet/ice/rain would likely move in around 8 am. Amy and I went ahead and planned on meeting for our usual morning run since the rain was coming in later and we figured that we had plenty of time to get in our miles.

It was cold, but not as cold as last week hovering in the low 20's. The wind, however, wasn't kind. We both even mentioned that we had likely over-dressed and were feeling plenty warm, except when staring down the winds of course. At one point Amy said she thought she felt a droplet of rain. Ignore, ignore, move along, nothing to see here ....

We kept going and the rain started to come down. At first it was light, but then it definitely started to pick up. Luckily we had both been smart enough to wear slightly water resistant (not proof) tops. She took it one step further with water resistant pants. I at least had on a hat over my headband.

We were going along without any issues, other than getting wet in the freezing temps, when all the sudden we both hit a slick spot and squealed out. Let me tell ya, that'll stop your roll real quick. The rain was starting to become slushy in some areas of the road, mostly areas that remain shaded the majority of the day. We noticed that the sidewalks where we were at that time looked safer.

Usually we avoid sidewalks because they are broken up, they end abruptly, and are major hazards for a runner. This time, we gladly took it to the sidewalk and were grateful that they were newly done. We kept going, only slower and much more cautiously. We probably looked like we were marching rather than running.

At one point, we were underneath a bridge and heard a man yell out, we ignored, he yelled again, we ignored but then looked over and noticed he definitely didn't seem to be a creeper and was pointing up at the bridge. He was pointing to a semi truck that had literally just turned over. So thankful that it didn't go over the railing and the driver appeared to be ok as he was climbing out of the truck.

After that bit of excitement, we kept pushing on and so did the rain. It was still mostly rain at this point, rain with a little sleet, or maybe they call it freezing rain. We opted to go a different route because one of our routes includes very slick bricks to traverse. That was not going to work this morning. We did have to stop and walk over one bridge as it wasn't salted/sanded and was incredibly slippery.

For the last mile or so, the rain turned over to ice, burning, stinging ice. I accidentally inhaled some while Amy took a shot in the eye. The thing is, all we could do was laugh. Laugh at ourselves, laugh at the situation, laugh at the insanity of a runner (I must add we did spot two other runners out there, so we weren't alone).

So, 6 wet, cold, icy miles later, we called it a wrap. Somehow, I was never really that cold. But when I looked at the picture I took, I realized that my hat was a sheet of ice. And when I went to take off my jacket, the bottom half was solid ice and the zipper frozen. I do believe we officially took our run to a new level of crazy. (And let me please reiterate that this was not done on purpose. When we started the run, it was dry.) 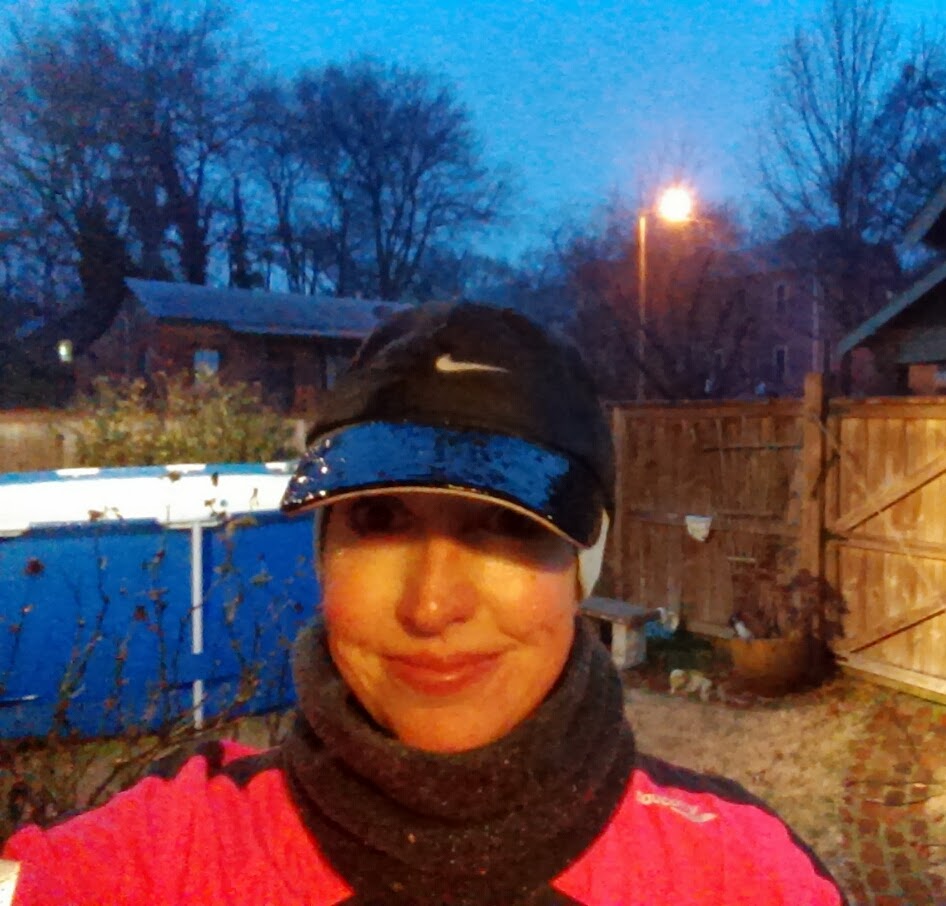 We ended up with no snow and no significant ice accumulation on the streets (thankfully), but it was a pretty sight to see. Though, ice is dangerous and so many people lost power due to downed power lines. 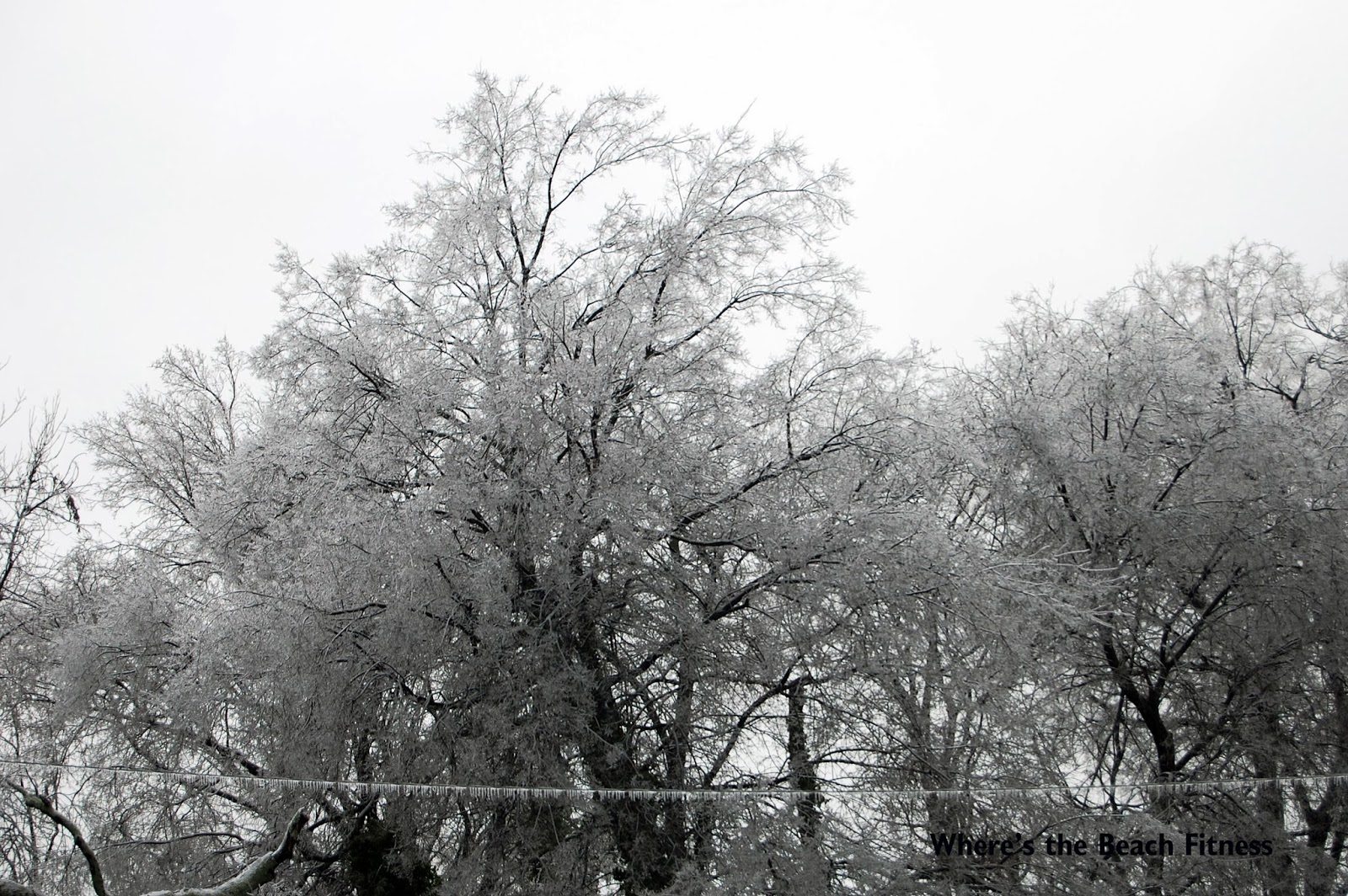 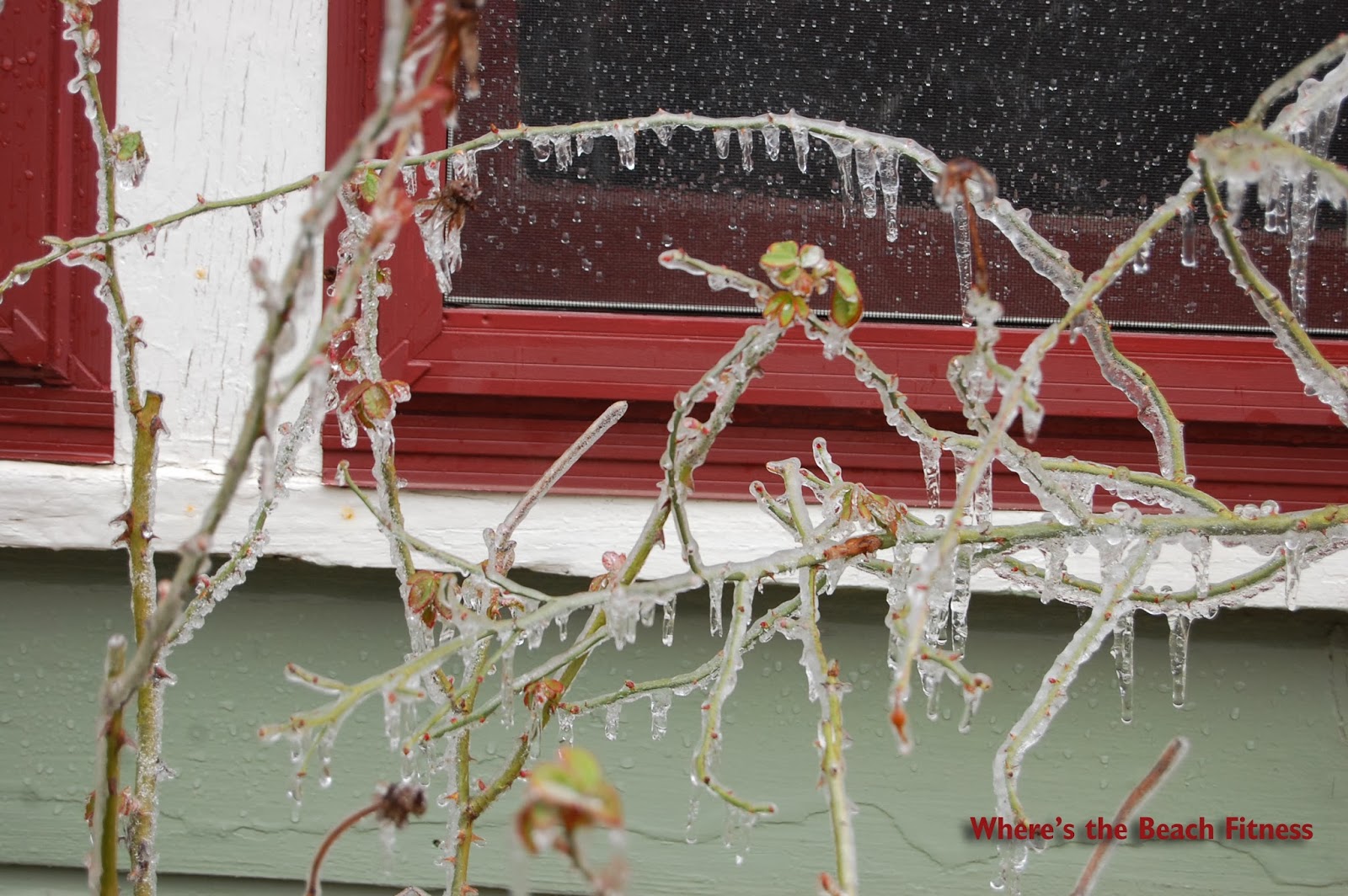 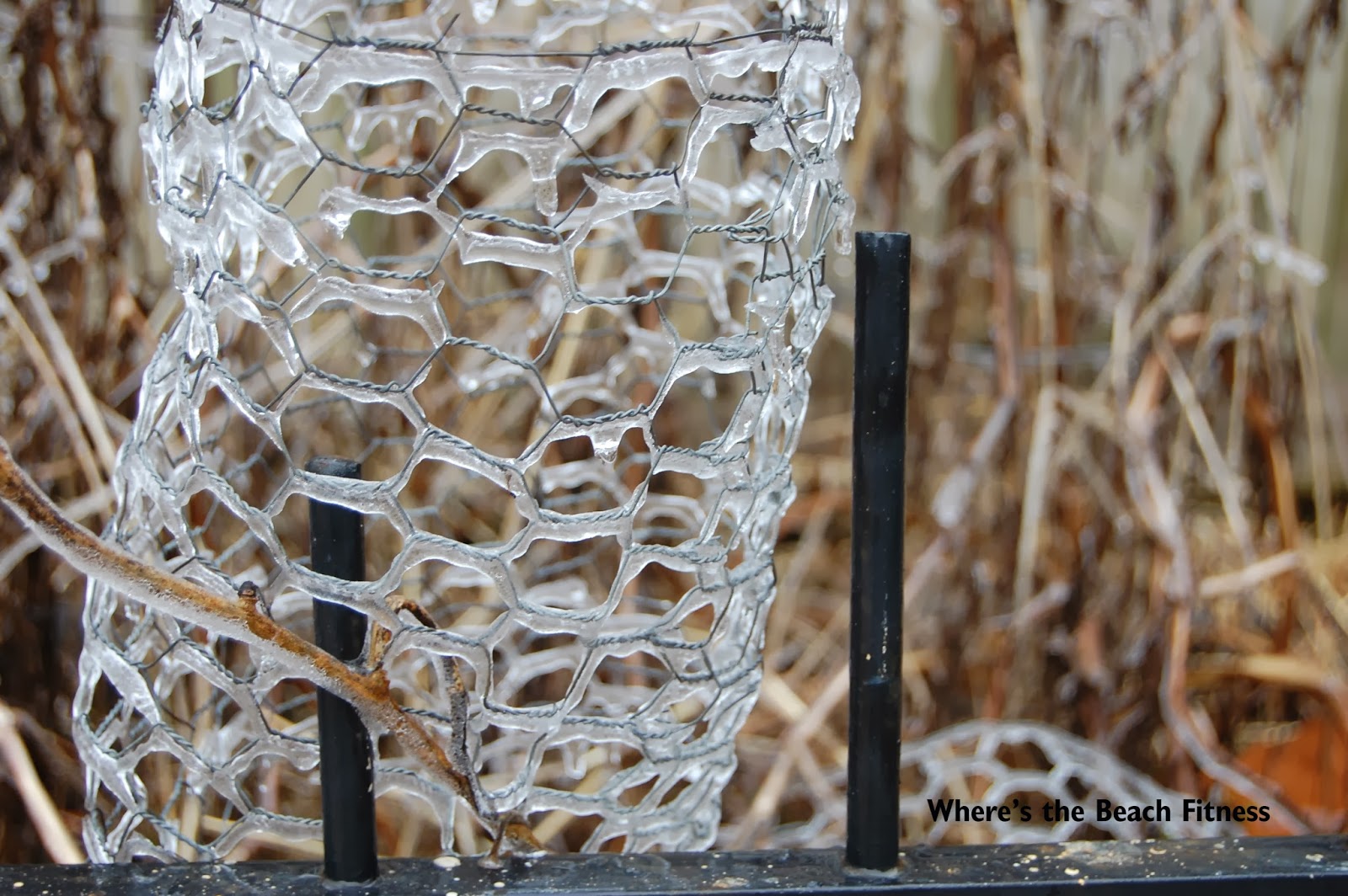 This is how, we in the South, "enjoy" winter.