By Unknown March 17, 2014
Did you race this weekend? It seemed like there were tons of St. Patrick's Day races going on.

I had signed up for a new 10K - the Downtown Dash - put on by the Junior League. They had a 5K and 10K. Because it was an inaugural race, it was fairly small. I believe I heard that they had 500 people sign up overall for both race events. Of course, I think that's pretty good for a 1st time race.

Initially I had pulled out a tank top and shorts for the race, but then it ended up just a bit cooler than I had expected - around 48 degrees and damp. I made a quick top change then headed out to do an easy run down to the start of the race - 1.2 miles to be exact. It was a great  way to warm up before the race and to shake out some of my nervous energy.

Jason drove down to the race to spectate and try to get pictures. He used my phone, though, not our good camera. That's ok though, at least I had one fan to cheer me on. There weren't many spectators out on the route.

The route ended up being a double loop for the 10K runners. That would be my only complaint about this race to be honest. They did a great job setting up the race, the packet pickups, the whole event. There was a lot of energy at the finish line, you know, the one I had to run through twice. They had plenty of aid stations on the route. It just would have been nice to have not had to run the same route twice. However, the positives of that are that you know the route, you know when to push or hold back, heck, even where the potholes and train tracks are. 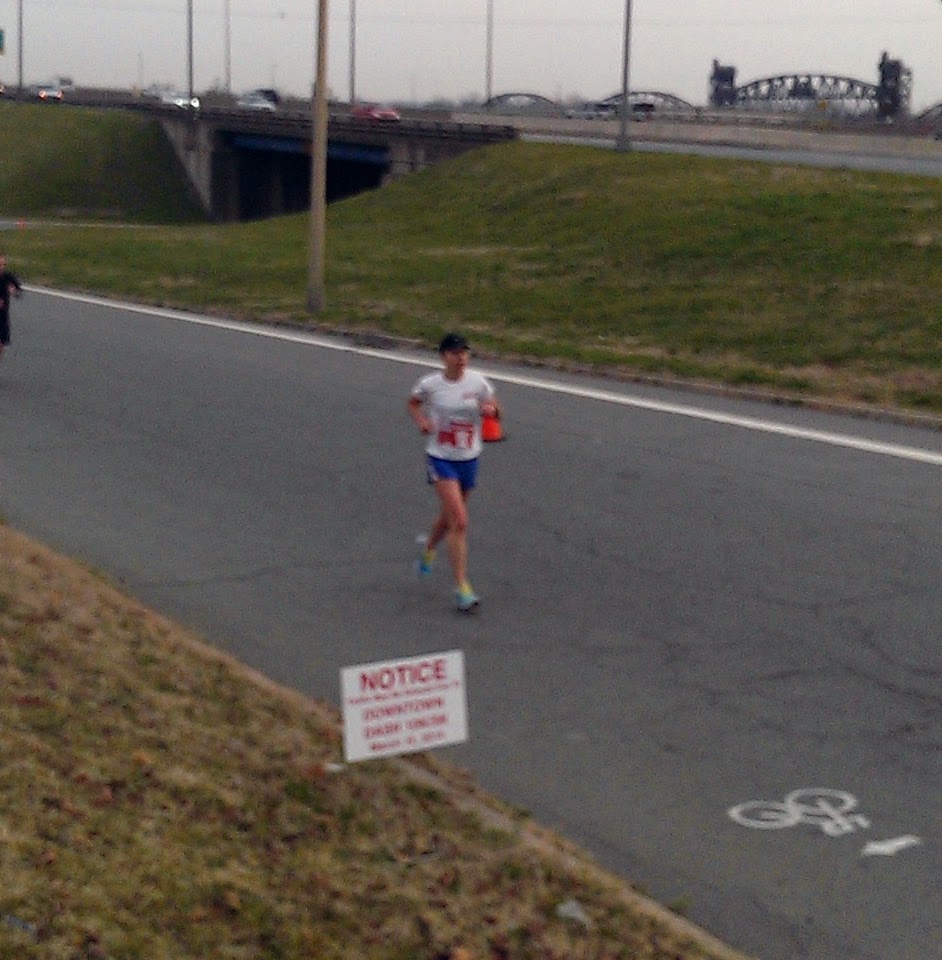 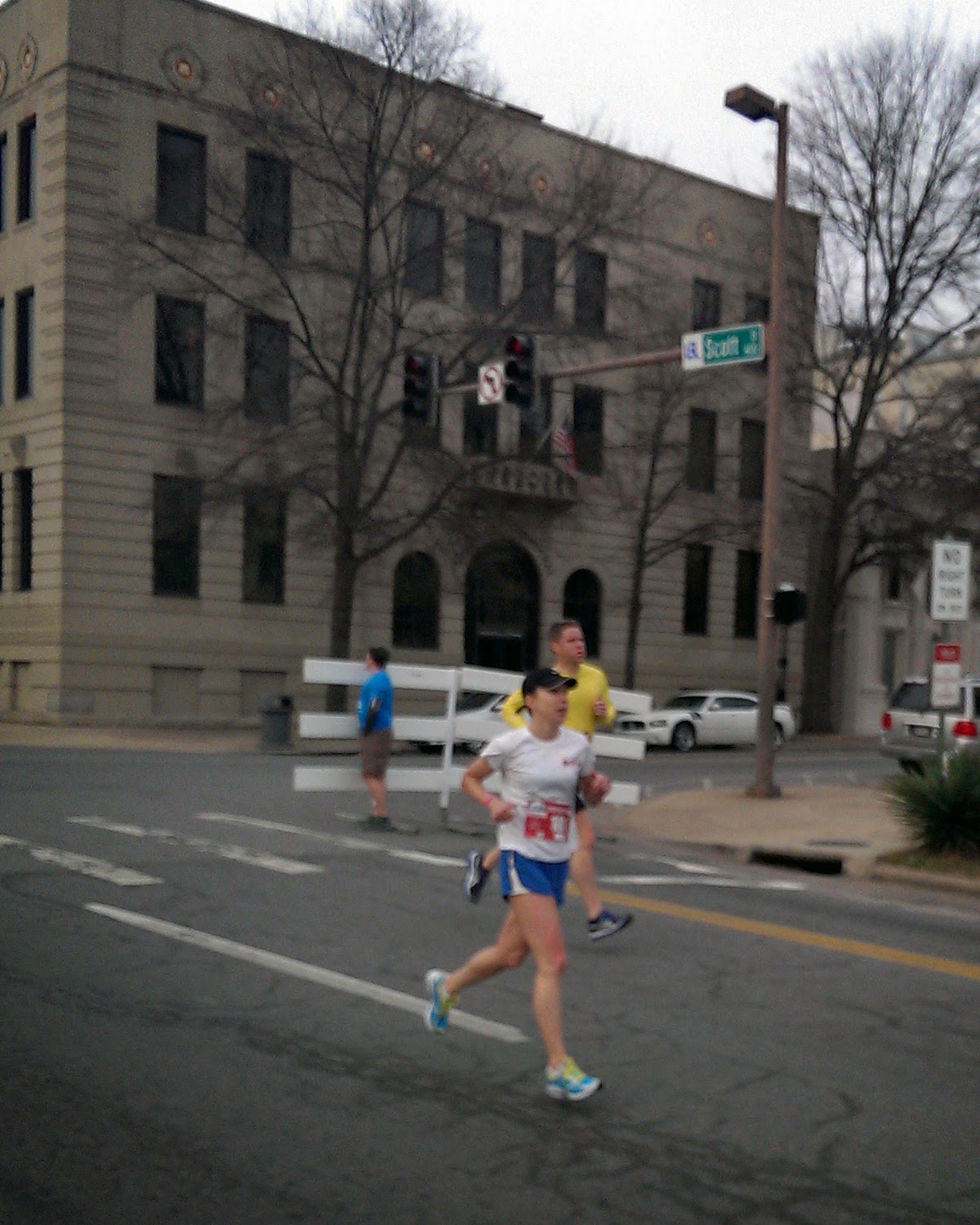 The hardest thing was holding myself back at the start. Not getting caught up with the 5K racers. At one point I looked at my Garmin and realized I was doing a 6:52 pace. If I had been doing the 5K, then perhaps I could have tried to hold that.

I knew that I had to resist the urge to keep up with everyone. Most of them weren't doing the 10K. In fact, I ended up running next to one guy the whole time and we sort of joked about how lonely the 2nd lap was going to be with all the 5K runners finished.

By the 2nd lap, however, we were then caught up to walkers. In a few spots that caused some congestion and we were forced to run outside of the cones to get around them. The last stretch to the finish is a wonderful downhill stretch. 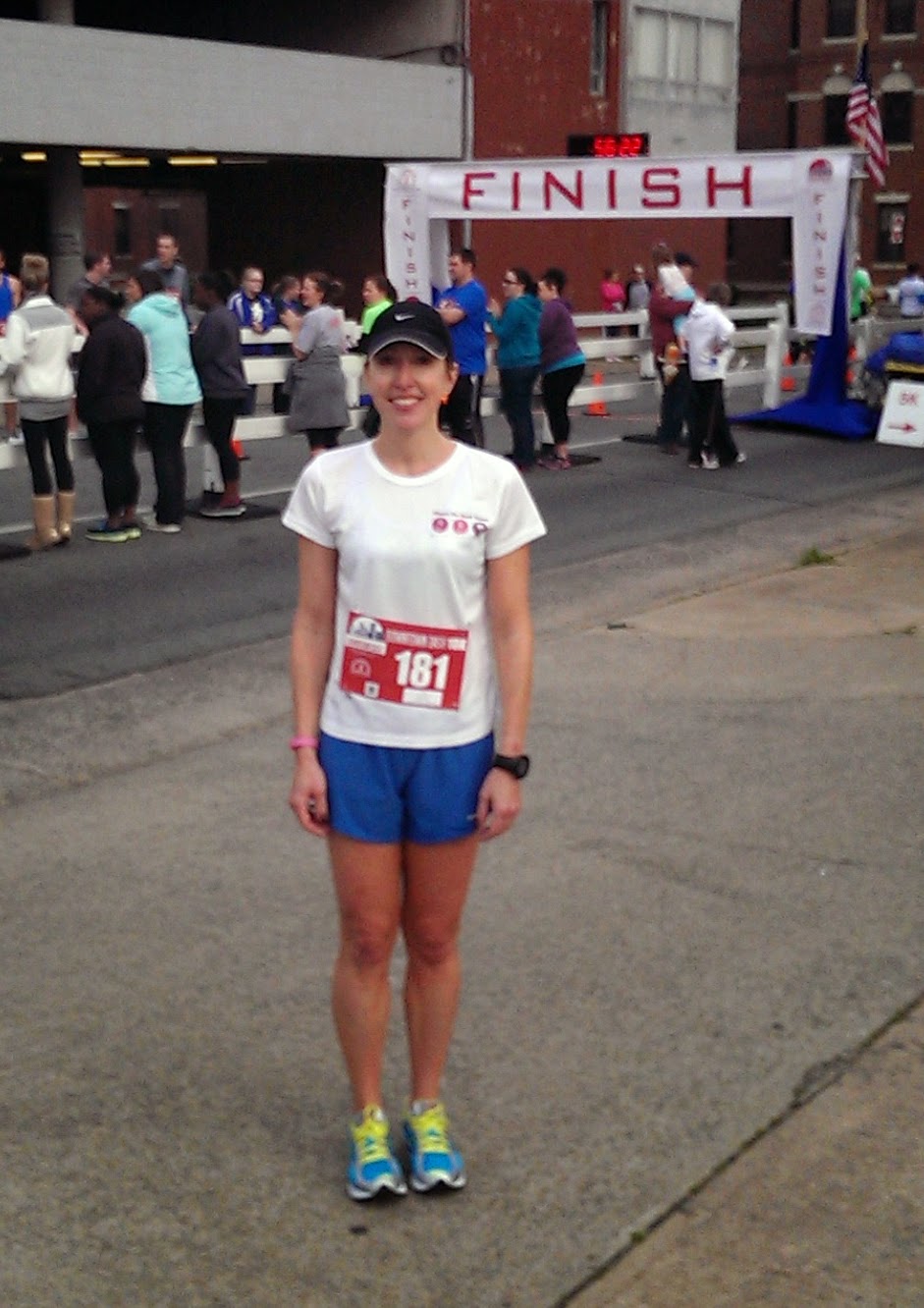 Overall, I felt really good for the majority of the run. There was one point where I started to let my breathing get out of control. This happened at the CASA Half Marathon in December. It makes me feel a bit panicky and I let my breathing get way too shallow so I start gasping for air. Not a fun feeling. I did much better this time, however, and forced myself to slow just a bit, to drop my shoulder, to just relax.

After the race, I located Jason then checked the times. I started to get cold, so got my dry shirt on, but I wish I would have brought a jacket instead of a long-sleeved shirt. 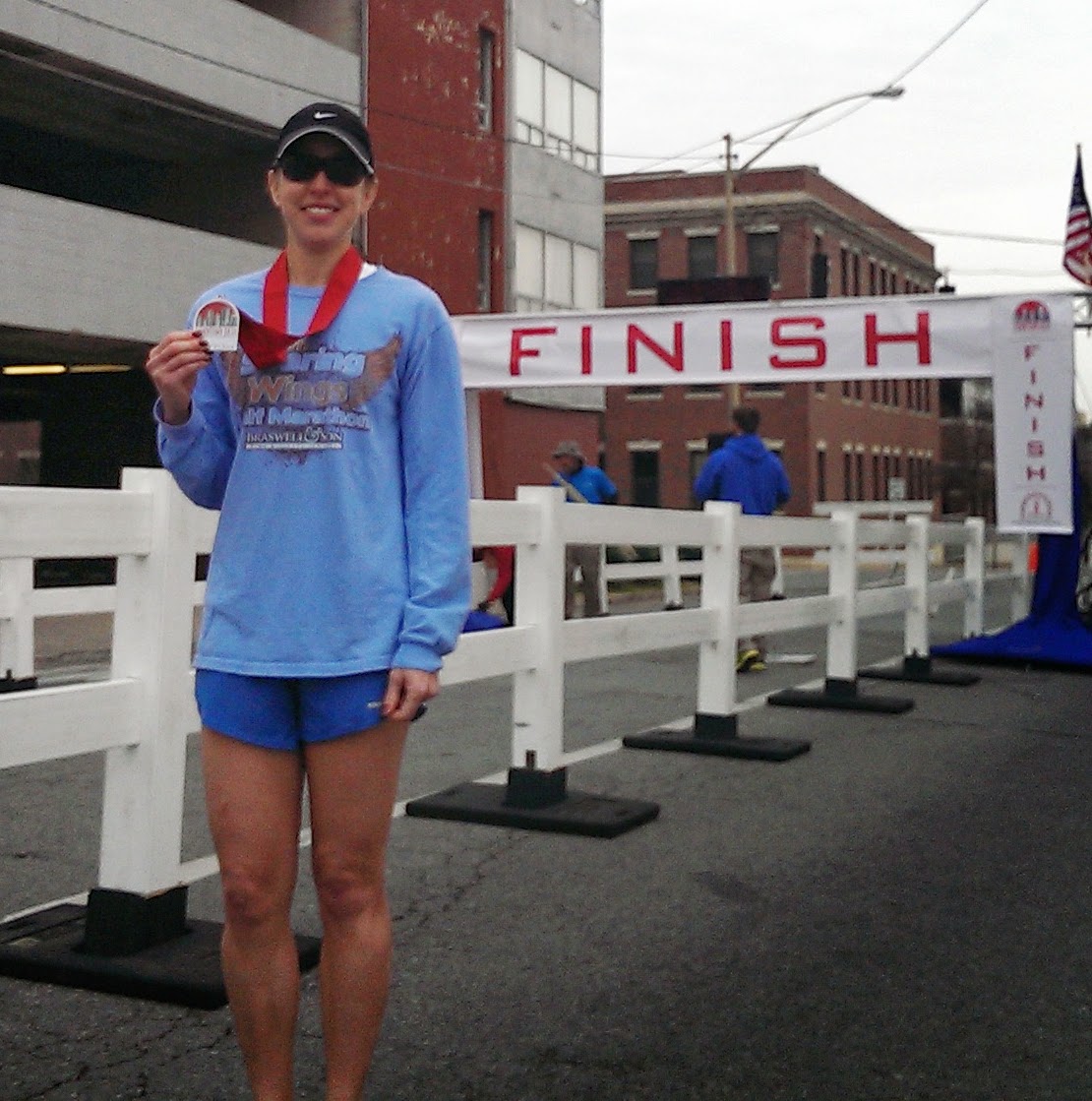 When I spotted this fish tank, I had to get a picture. During the summer, Amy and I spotted it parked on the side of one of the streets on our route, in a neighborhood mind you. We had stopped to take a picture, so it was appropriate that I get a picture with it again. 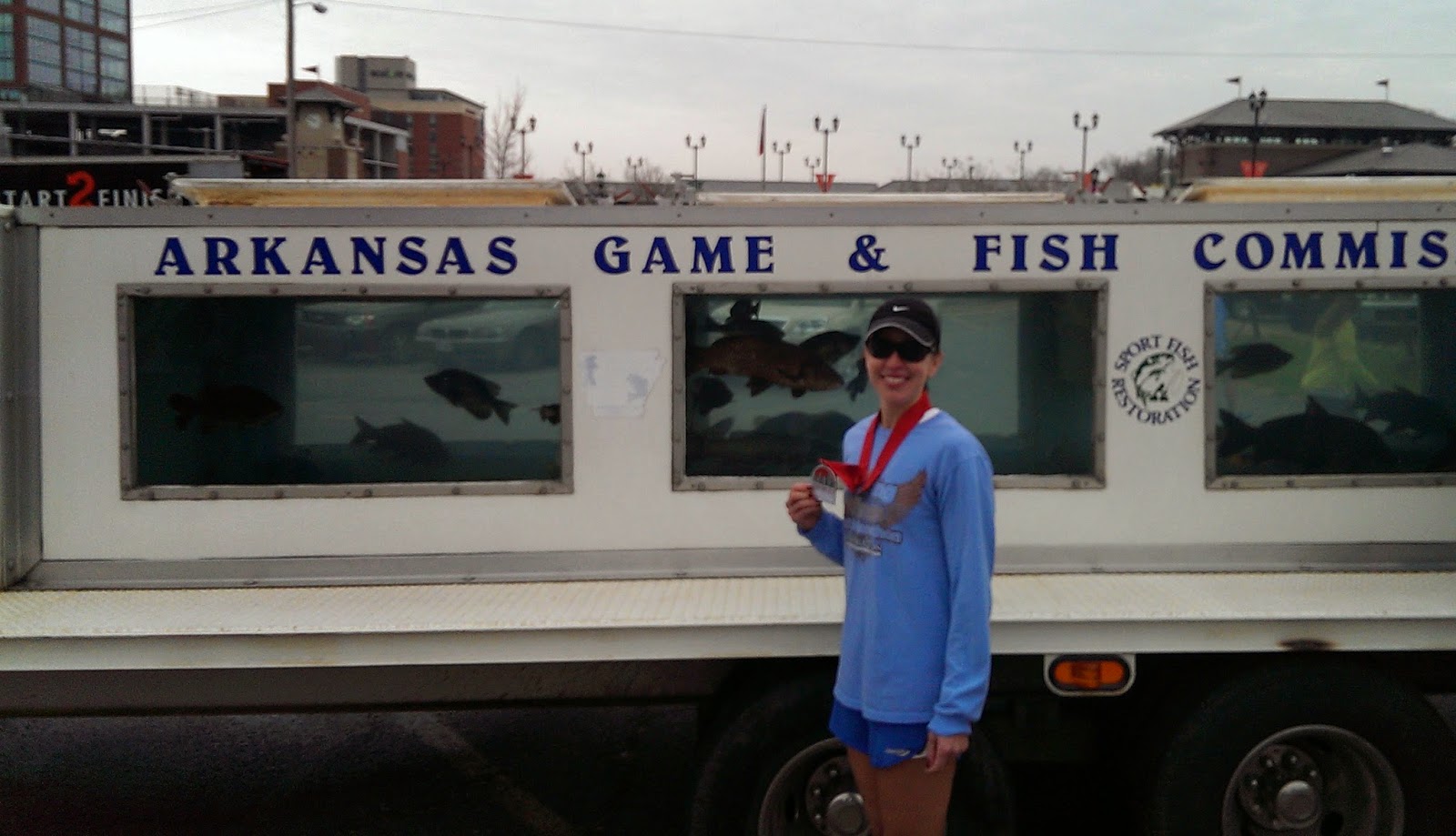 I ended up with a 2+ minute 10K PR. This was actually only my second 10K. My first was Capital City Classic last April. 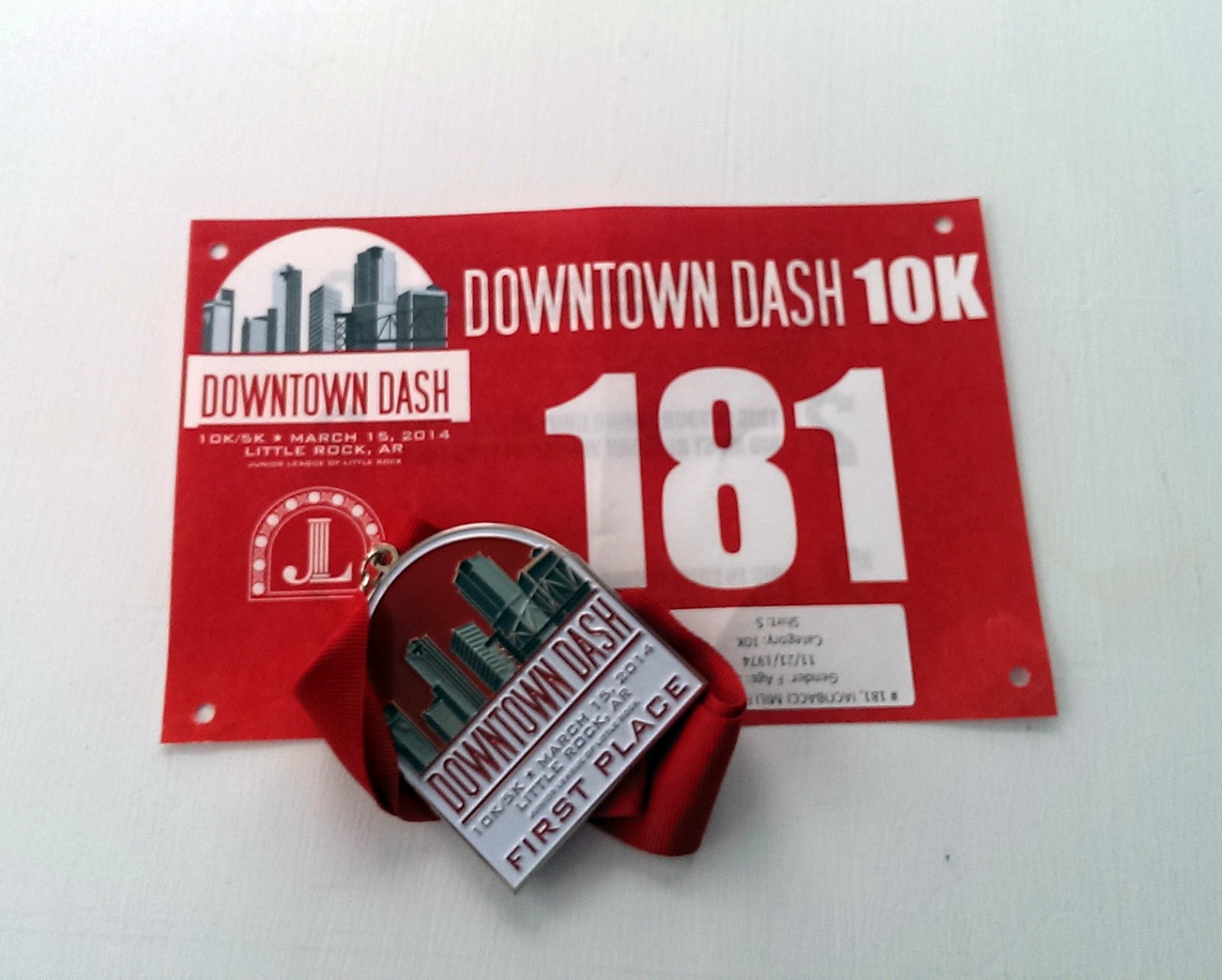 My time was 46:27 for a 7:29 average putting me in 1st place in my age division (thankfully the other 2 ladies in my age division ahead of me were also 1st and 2nd overall winners). I was 6th female overall and I think 23rd overall.

After the race, I ran back home. Though, by that time my legs were starting to get stiff so it was more of a shuffle than a true run. But it helped loosen my legs back up, so that was a good thing. I stretched out then took a hot shower to warm myself up before my sister came over.

There was a St. Patrick's Day block party downtown, so we went there and met up with friends for a bit. Unfortunately, the predicted rain finally started to fall. 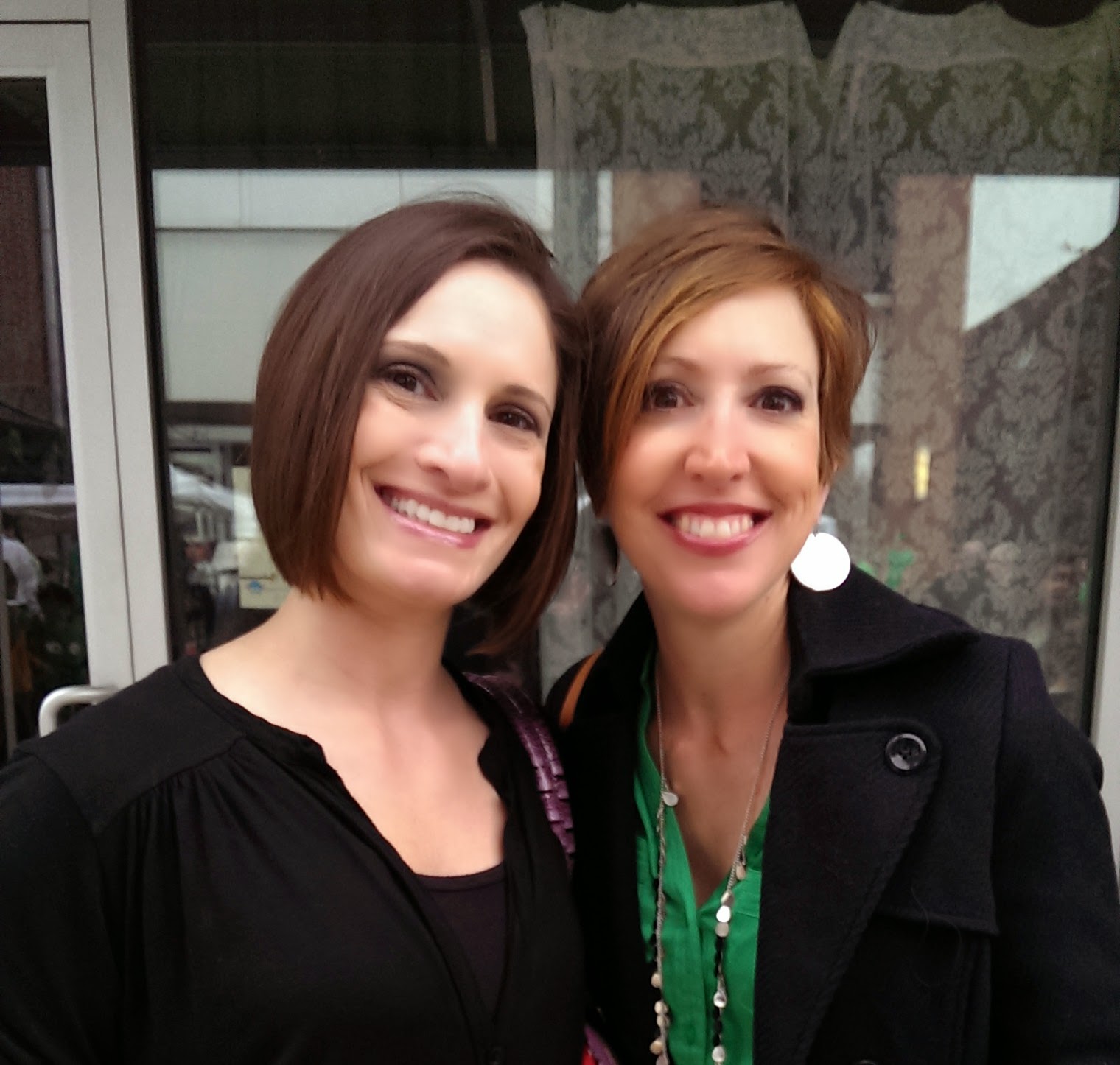 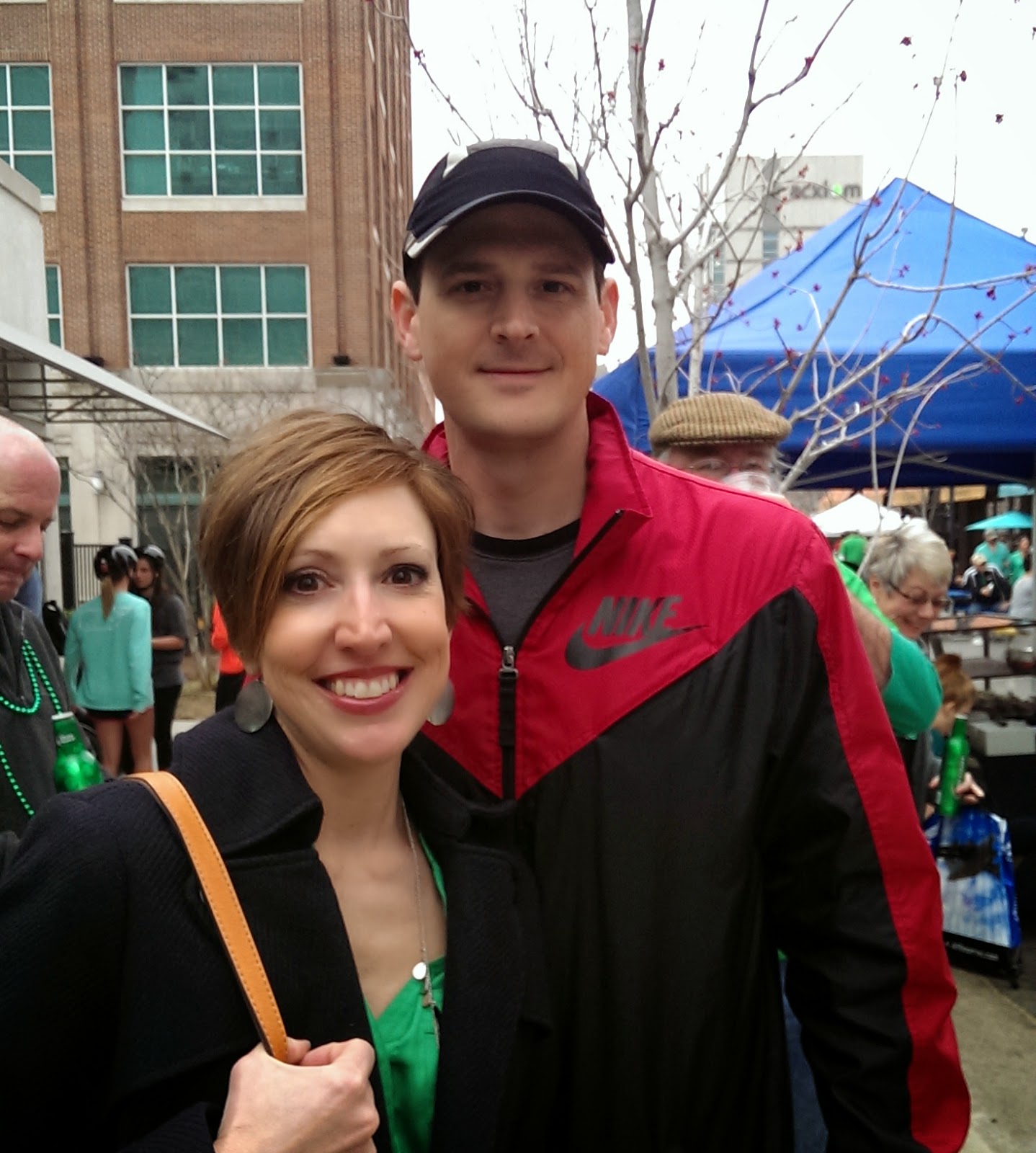 Sarah had to head back home, but we picked up some snacks and headed over to our friends' home for an after block party party. Not a bad way to end the day.

Have you had to run a double loop for a race?