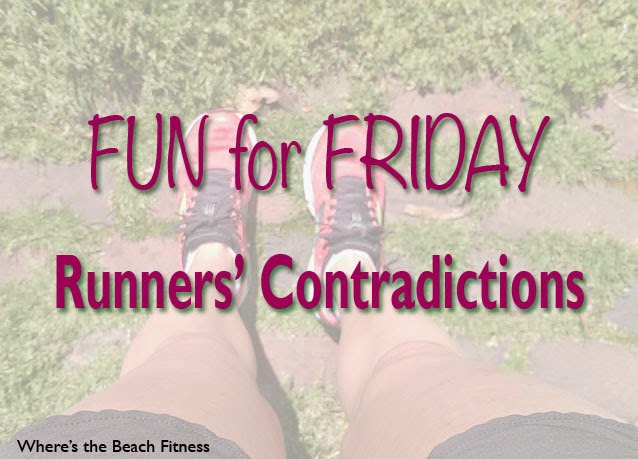 I think most people would agree, even runners themselves, that runners are a strange lot. We speak in code sometimes talking about 400s, 800s, BQing, DNS, DNF, and so on. Another thing I've noticed about runners is that we tend to contradict ourselves quite often. We say things like, "I hate racing." Then we brag about signing up for races. That's smart isn't it?

What are some of your running or workout contradictions?