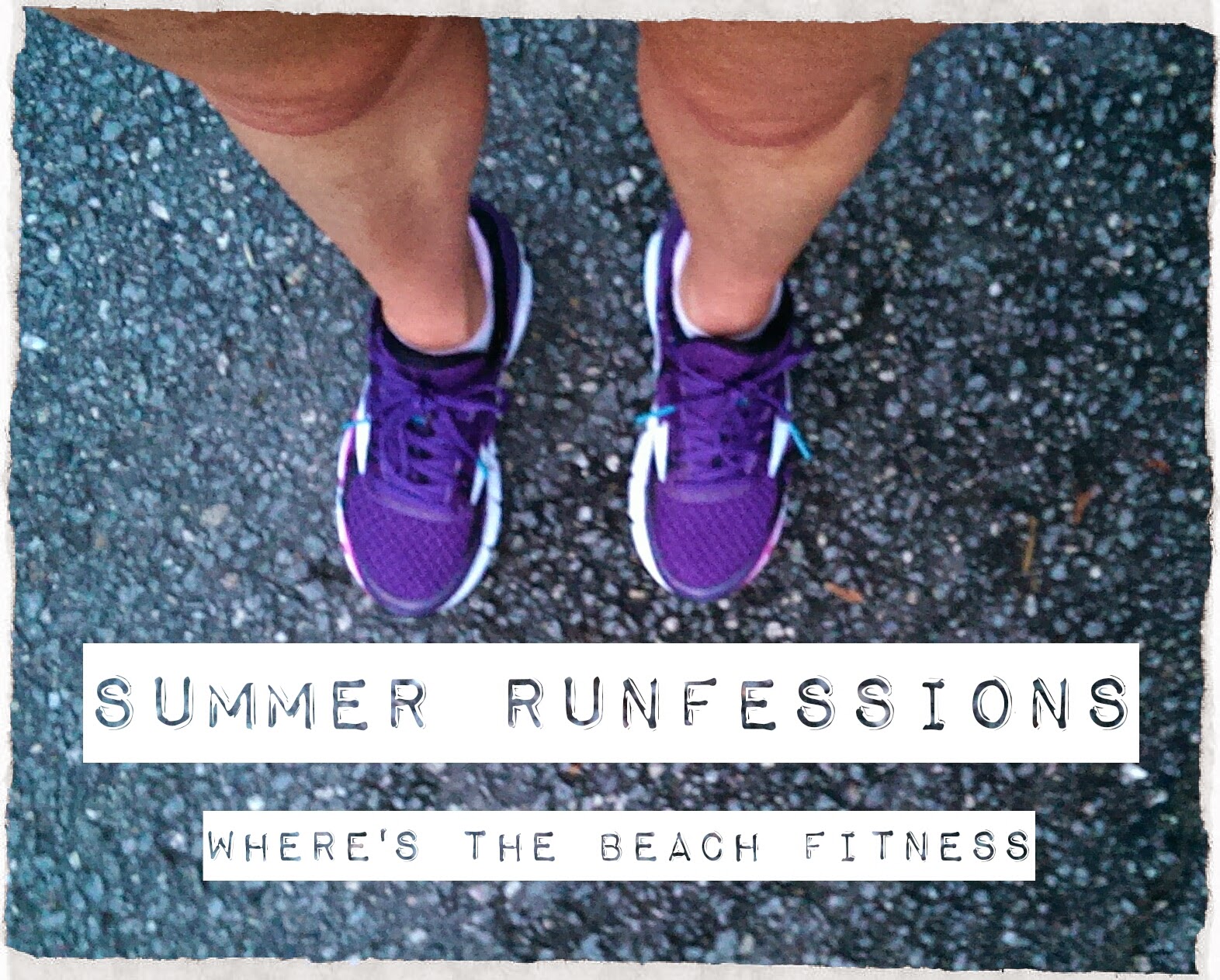 Marcia at Marcia's Healthy Slice periodically does Runfessions. As much as I do enjoy informative blog posts, sometimes I really enjoy something light-hearted too. Especially when it's a post that lets me learn more about the blogger behind the blog, behind the words.

I live in the south. It's hot. It's humid. It can make for some miserable running conditions. But I'm a trooper (aka stubborn), so I keep plugging away through the tortures of the summer heat. There are mornings when the "low" is 80 degrees and the air so thick it's hard to breathe. However, this summer, we're sort of having a mild one (knocking on wood right now).

We've had some typical summer conditions (77 degrees, 90% humidity, dew point at 73 all at 5:30 am), but then we've also had some very unusually cool days where it's been in the low 60s WITH low humidity to boot. That's fantastic and I've taken full advantage of those rare mornings. However, it also makes it harder for the body to truly acclimate when the weather is up and down and inconsistent.

After cooler temps over the weekend, it was back to a steamy, warm run this morning. I had planned to attempt a tempo run, but I just couldn't hang on to the pace I was shooting for. I could hang for about half a mile, then felt myself slowing, slowing, struggling. It just wasn't in the cards today.

I was disappointed at first. Last Thursday I had an amazing tempo run. Of course, that was the first cool down morning after some warm ones. My lungs and legs were happy. I didn't have sweat pouring into my eyes (visors and bands are no match for my sweat - ick I know).

In light of today's run I, I thought I would share some Summer Runfessions.

1. I have decided that I am officially a cold-weather runner. I love summer, I really do. But me, running and summer aren't seeing eye-to-eye.

2. When I am done with a run, my clothes are so completely soaked that it looks like I went swimming in them. Disgusting is not even the word for it.

3. Sometimes I'll stop when I'm really struggling and walk around in loopy circles, quite literally stewing with annoyance at the humidity. Very rational I know.

4. I hate carrying a water bottle, but it's simply not an option to not carry one at this point. It's amazing how heavy and cumbersome a water bottle can seem during a run. (Note, I'm afraid of fuel belts because of so many stories of rubbing and chafing.)

5. Speaking of chafing, I am knocking out a huge jar of Vaseline to try to prevent the dreaded chafing. Wet shorts and/or tops = painful chafing.

Even with all of my whining complaints, I will still get out there and try to prove summer wrong. Somehow the positives keep outweighing the negatives.

How about you? Summer running yay or nay? What are some of your Summer Runfessions?