It's been one of those sleepless weeks for me. The dogs are in control basically. Heath (who is blind for those who don't know), used to be terrified of knocking down a baby gate This meant we could simply prop it into place and they would stay put in the kitchen all night. Little man has gotten brave, with the exception of storms, and started busting out of the kitchen each night. That was fine, he didn't mess with the other gate leading up the stairs ... at first.

Long story short, he makes his way up nightly now and Maddie has decided she wants to follow. It took her a while to get over the idea of stepping over the fallen gate. The problem is nails on hardwood is loud, Maddie roams and roots around looking for something to get into, eat and/or destroy, they get into tiffs when she makes him move out of his bed ... and it goes on and on.

So, the dogs have taken over. And I'm wiped out, especially after getting up to run on top of the lack of sleep. Hello zombie land. This ramble is all to say that I'm doing a Thursday Thoughts round up. A bit long-winded for that announcement right? Let's blame it on the lack of sleep shall we?

1. This morning Amy came over for our weekly 8-mile run through the 'hood. Today we decided to head out and about meandering away from our typical route. Sometimes a change of scenery is really good. Along the way I saw a large, loose dog, we both stumbled and almost fell at different times (I may have a sore ankle tomorrow), she saw a worm the size of a small snake and we noticed new houses for sale.

2. The sun is coming up later and later. This makes me really sad because I know summer is quickly coming to a close. I'll miss my sunrises during winter training. Maybe I'll end up running some evenings and catching a few nice sunsets though. 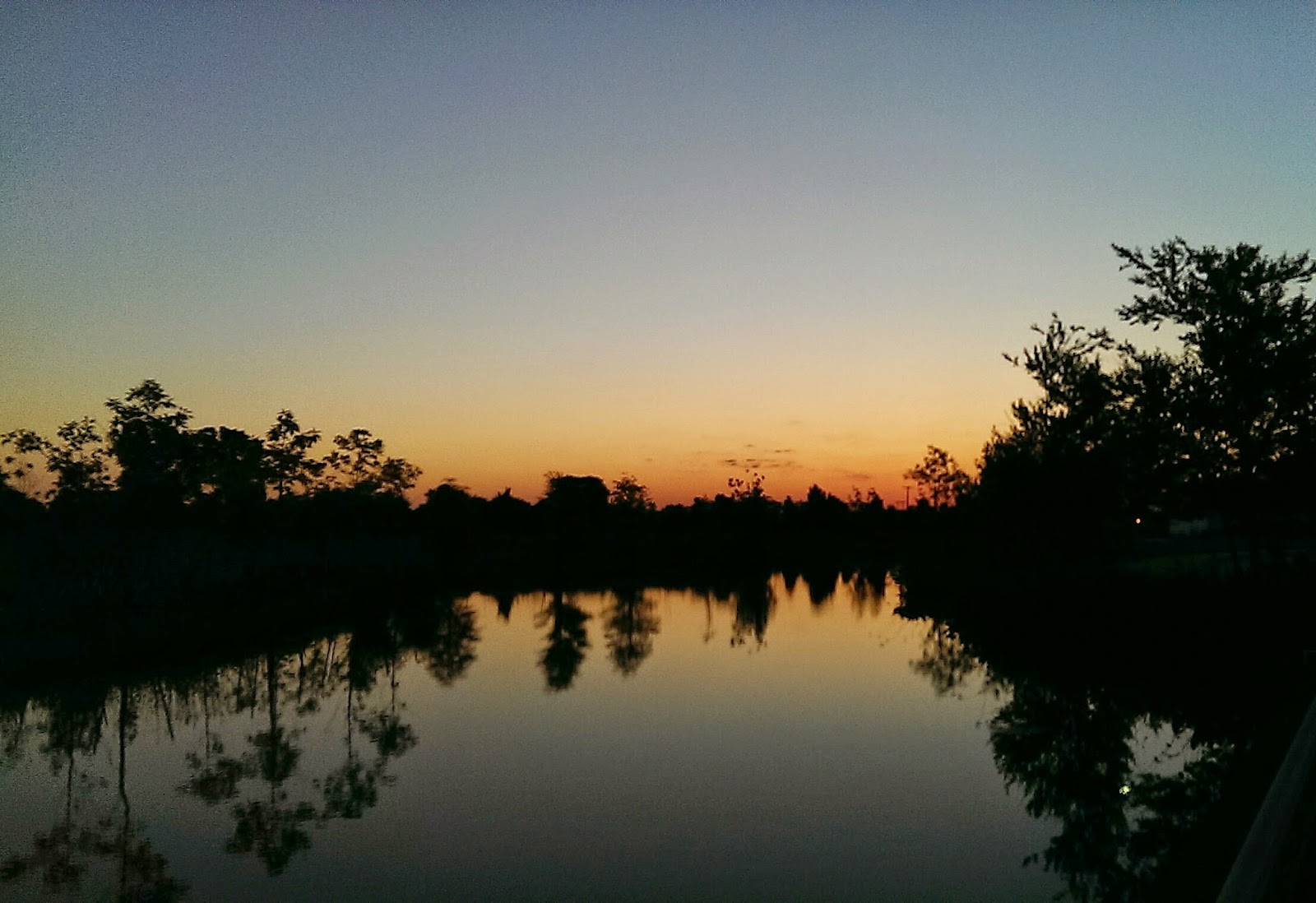 3. Lots of running adds up to tight calves and glutes. This means that I need to be more disciplined again with my stretching and rolling out on my Triggerpoint Kit. I'm thinking I may also need to start investing in regular massages, which may mean playing the lottery.

What are some Thoughts for Thursday you'd like to share? Anyone want to come play dog whisperer at our home?