By Unknown November 26, 2014
Today is Wednesday, but also like my Friday with Thanksgiving being tomorrow. Can we collectively vote for 3-day workweeks every week? Since I ended up doing a healthy holiday tips post yesterday, I thought I would do a quick birthday weekend recap today.

I could really sum it up as eating, running, eating if you need the abridged version.

On Friday (my actual birthday), I had taken off work so that I could sleep in, be lazy, and just enjoy the day. A gift to myself if you will. Jason wanted to take me out for lunch, so we met up for a late lunch after a hair appointment. Later we ended up going out again for dinner at a restaurant just a couple of blocks from our house called South On Main.

I didn't get any pictures of the food, but it was all good. They definitely aren't famous for their vegetarian options, mostly serving meat dishes, but the options they had were quite good. Jason made it a point to let them know it was my birthday and to insist on ordering a dessert. He ordered Pumpkin Pie in a Jar. It was basically pumpkin pie filling and it was topped with a locally made (Loblolly Creamery) Snickerdoodle Ice Cream (also known as sin in a jar).

Saturday morning I was planning to run with Amy. The temps were suddenly warmer than they had been, upper 50s at the start. Friday had been super rainy, so Saturday was super damp and humid. From the start of the run we were both sort of struggling.

I blamed it on the sin in a jar dessert and wine. But since Amy was having a hard run as well, we knew it was the suddenly warmer temps combined with wind and humidity. Even worse I ran out of water completely because I was banking on water along the way, but all the fountains on the river trail were shut off.

Dehydration lead to stabbing pains in my side - as in stop immediately and double over kind of pains. We did manage to get water somewhere around mile 11 and I eked out 15 miles, very thankful that it was a "shorter" run week and thankful for a running friend who stuck it out with me.

After a much-needed nap (and gallons of water), the rest of the day was spent trying to prepare for my birthday party. I had decided that I wanted to celebrate the Big 4-0 with a wine tasting party. I made lots of different appetizers, even sandwiches, for everyone to enjoy along with a cheese tray and fruit tray. 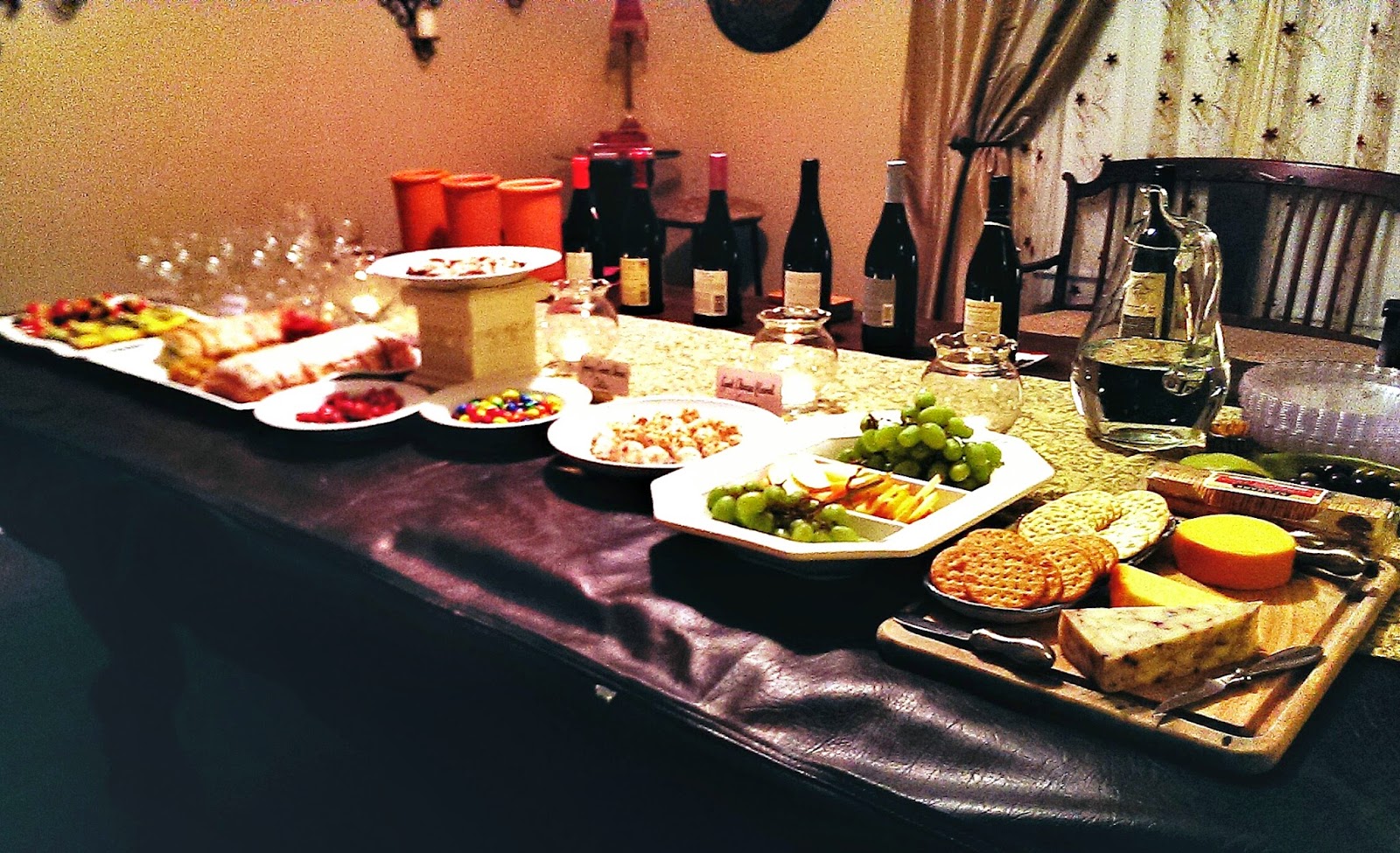 My hope was to spend the evening surrounded with friends. I was definitely feeling a bit down about the whole aging thing and just wanted an evening of laughter and fun to help me embrace the birthday.

Without getting all Debbie Downer, it ended up being bittersweet. Many people who said they'd be there didn't show up. One friend in particular not only never replied about the party, but also never even wished me a happy birthday. I felt a bit let down, sad. But, I have since decided that it's me who has the power to allow others to make me feel that way, and I'm taking control and moving on.

Sunday we headed to our hometown to celebrate Thanksgiving early with my dad, stepmother, sister, her kids and her boyfriend, and stepbrother. Having a hug from your dad and your sister can really help when you're feeling down by the way. So the timing was ideal. Even better, they ended up surprising me with the only cake I'll eat, an Italian cream cake. We actually used these cakes for my wedding. Simply incredible!

For fun: What's your favorite indulgent dessert or treat?
For serious: How do you deal with feelings of disappointment?