By Unknown January 27, 2015
Do you have that one kitchen appliance that you never seem to use? The one you either bought or asked for as a gift certain it'd make your life easier?

For me it was a slow cooker. We had an old one given as a gift that pretty much had two temperatures settings: hot and hotter. So for Christmas a few years back, I asked for a fancy upgrade. One that had timers and various temperature settings. It even locks the lid into place, how's that for fancy?

I tried using it a few times for some soups or chili. Each time I either overcooked the vegetables until they were basically mush, or it was so undercooked I ended up transferring to a regular pot and finishing the meal on the stove. Not exactly simplifying life.

One of my problems is that I can't seem to follow a recipe. I pin them, write them out, email them to myself, print them even. But when it comes to following them step-by-step, I don't. I decide to add my own spin on things. Sometimes it works out really well, but with the slow cooker, it has not.

I decided to give it another go. Originally  was going to make regular enchiladas, all neatly rolled up. But even cooking them in the oven, they can sometimes fall apart, and it's more time consuming than I was wanting. With this recipe concoction, my plan was to not have to pre-cook any of the filling. Just make the enchilada sauce (or you could buy) then layer, set the timer and leave. 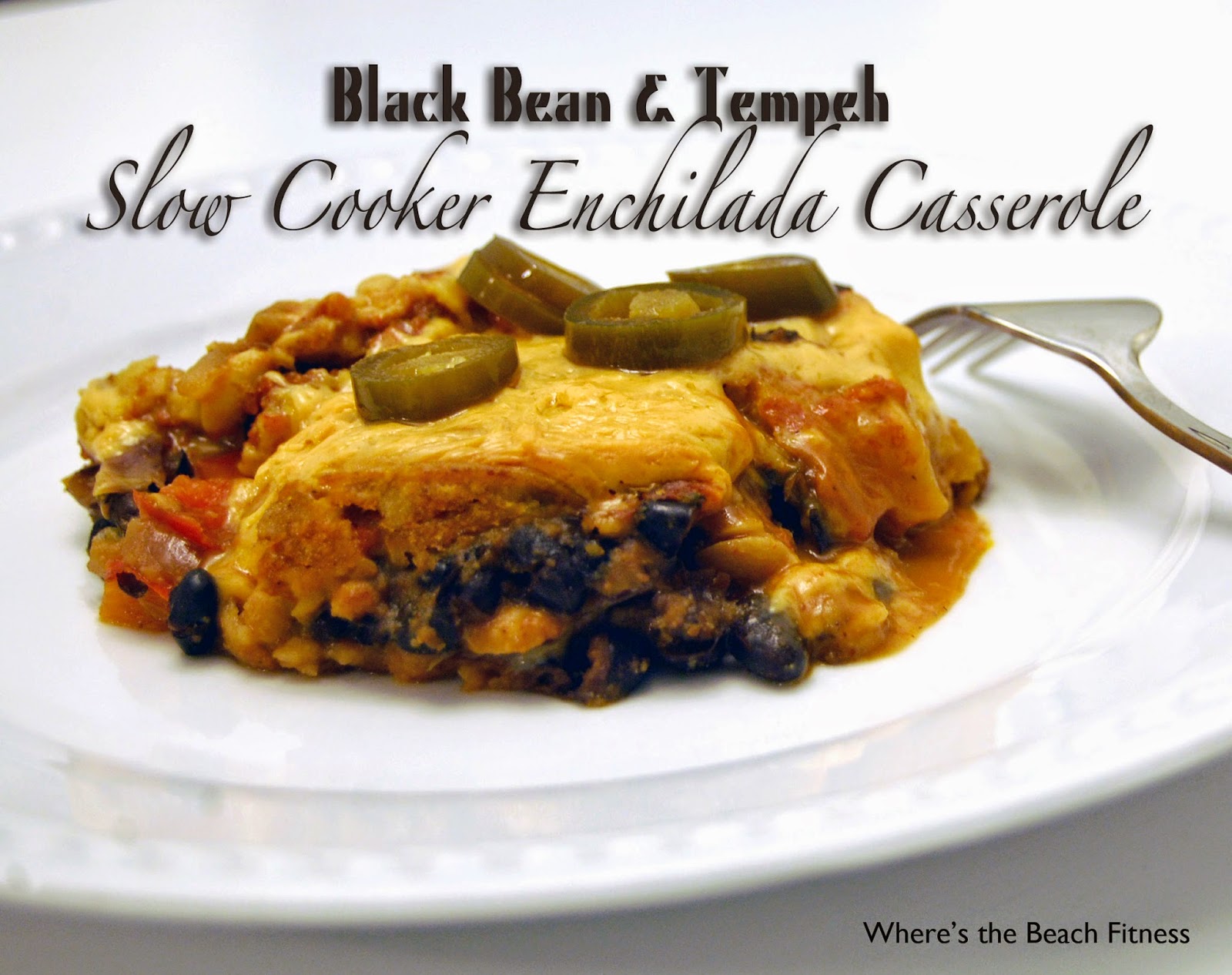 Directions:
Prepare enchilada sauce by sauteing onions and garlic until onions begin to soften in a medium sauce pan. Add in the chiptole peppers and sauce. Remove from heat and use a stick blender or your regular blender to puree. Return to heat and add in the seasonings to taste. Allow to simmer approximately 20 minutes while the flavors meld.

In a large mixing bowl, lightly mash your beans then add remaining ingredients minus the Daiya. Mix well.

Spray your slow cooker or use liners. Add in small amount of the sauce in the bottom then a layer of your tortillas, breaking and arranging as needed to cover. Add half of the enchilada filling mixture. Top with 1/3 of your sauce then a light sprinkle of cheese.

Add another layer of the tortillas, mixture, sauce then top with the remaining tortillas, sauce and then your cheese. (I only used the cheese on the first layer then on top.)

Set your slow cooker to high for 3-4 hours.

Thoughts ...
Now, I realize that if you do all of the above on the same day you're cooking the enchiladas, you might as well put them in the oven. I suggest prepping the sauce ahead of time during a weekend meal-prep day or using your favorite store-bought sauce, otherwise, it's not really a time-saver.

With the slow cooker method, there was no need to saute the bell peppers and onions or cook the tempeh black bean mixture at all. Simply combine, season then layer.