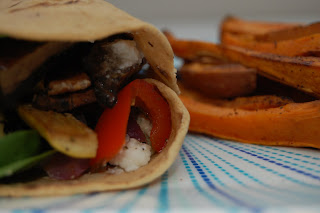 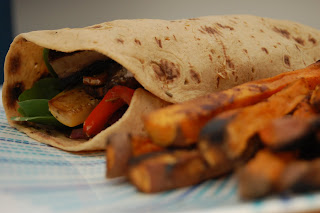 By Heather Iacobacci-Miller March 06, 2013
I wanted to thank everyone again for your many congratulations on completing and getting a PR at my recent half marathon . The support and words mean so much to me. My legs feel absolutely fine after the race. I could have run yesterday if it weren't for my left foot. So right now I'm trying to heal my left foot. I mentioned that I've been having problems with plantar fasciitis in that foot and that it was the cause of much pain during the race. Since the race, I've been unable to walk on it very well. Lots of hobbling going on. I've been icing it and trying to keep it elevated. But, I noticed that it's started to get some bruising, not horrible, but worrisome. Not sure if it's better or worse for it to be discolored vs red and swollen. However, this could be indicitive of a tear. But, my bigger concern with the bruising is that indication that there's been bleeding. Being on Xarelto for the blood clot means my blood doesn't clot very well the
1 comment
Read more

By Heather Iacobacci-Miller April 10, 2010
My Home "Gym" As I mentioned in yesterday's post, I had a request to do a post about my home gym. After mulling it over, I thought it was a really great idea. I can show everyone that you can indeed get really great results without having to spend a fortune on a home gym. Don't get me wrong of course, I would LOVE to have the money and room to have a treadmill, a nice weight machine set up, squat rack, even a barbell. Yes, you read that, no barbell (for now). I don't' even have a bar to do chin-ups or pull-ups. The ones that are supposed to fit every doorway do not in fact fit doorways built in 1890 apparently. I must also say that I do have a gym membership that I almost only use for the cardio equipment. It was not until this January that I actually did weights at the gym. So, while I do have gym access, I still choose my home "gym" mostly out of convenience.  Back to my gym: I also wish I had a much larger room. The room used for weights is r
22 comments
Read more

By Heather Iacobacci-Miller April 30, 2012
Pumped Up Workout I'll readily admit that I did not want to go to the gym today. I had no real excuses to not go though. I was just feeling lazy to be honest. But, I did myself a favor and made myself go. I knew I'd regret it if I didn't go. I think part of my reluctance stems from a bit of boredom. I've gotten into a rut again with workouts. That and sometimes I just am flat out tired of seeing the inside of that place. But, that part aside, boredom all the way. So, I decided to try to do something a little different for my biceps/triceps workout. It's nothing earth-shattering. But it's a switch up from my typical 3 different supersets done as 3 sets of 8 reps....yawn. So, today I did 4 sets of 8 reps for two supersets then I did dropsets at the end starting with heaviest weight for 6 reps, then increasing the number of reps by 2 as I decreased the weights. I did this 4 times (6, 8, 10, 12). SS#1 Alternating bicep curls Double-arm overhead triceps exte
Post a Comment
Read more